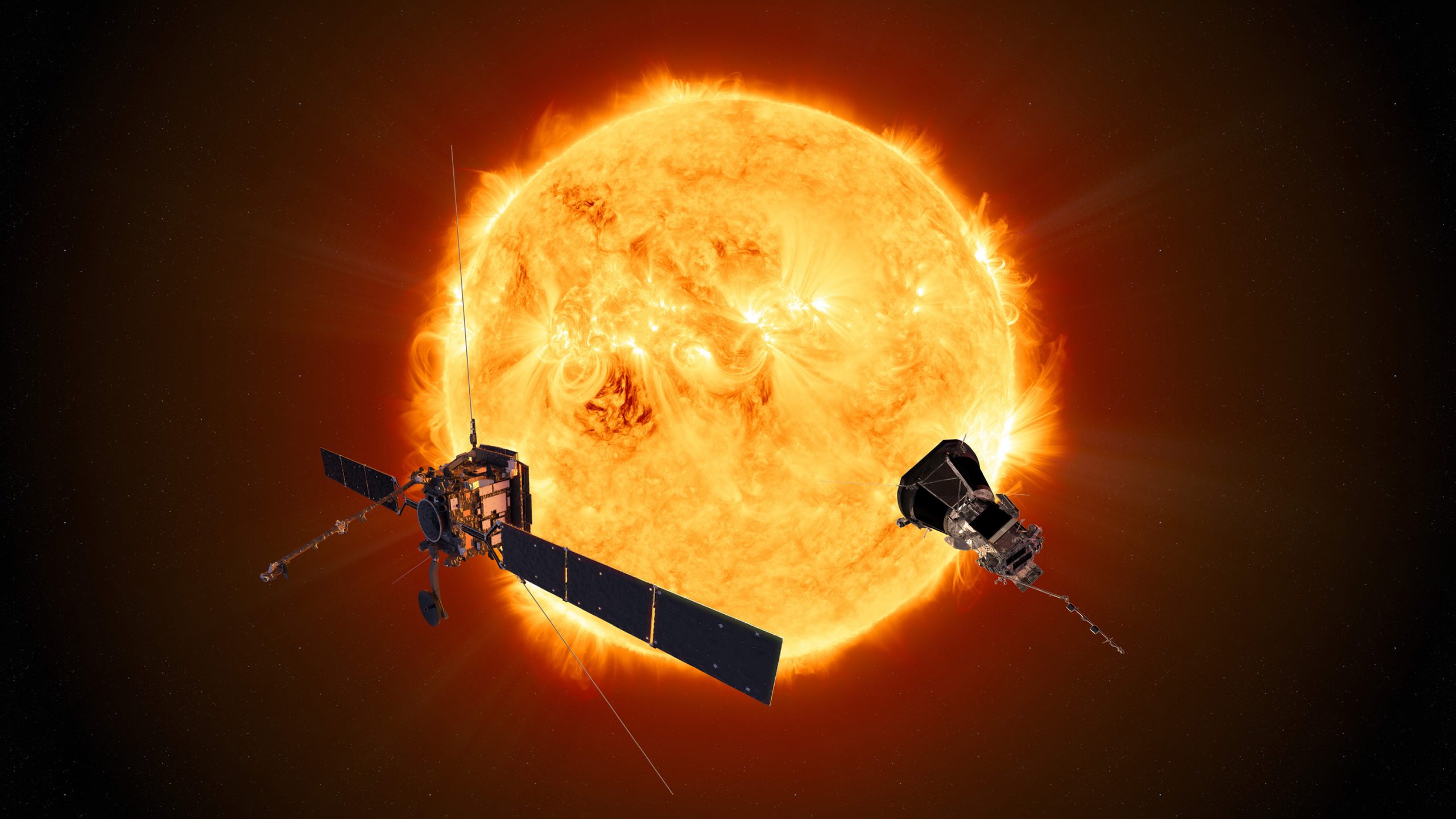 Solar Orbiter heads to the sun in mission to unravel its mysteries, takes first space measurements

The European Space Agency’s (ESA) Solar Orbiter spacecraft is traveling through the cosmos. Its destination: the inner solar system. The 3,900-lb. (1,800-kg) spacecraft will work in tandem with NASA’s Parker Solar Probe to unravel solar mysteries that have puzzled scientists for decades.

The probe will spend the next two years cruising towards the sun and using both Venus and the Earth to slingshot itself out of the ecliptic plane — the area of space where all planets orbit. This vantage point will allow the spacecraft to eventually look down upon the sun’s polar regions and snap the very first images of this crucial area.

“We believe this area holds the keys to unraveling the mysteries of the sun’s activity cycle,” Daniel Müller, the mission’s ESA project scientist, said in a prelaunch science briefing on Feb. 7.

The Solar Orbiter and its suite of 10 specialized instruments will act as a mobile laboratory in space, tracking eruptions of solar materials from their origin on the surface of the sun, out into space, and all the way down to Earth.

“Our entire solar system is governed by the activity that comes from the sun,” Nicky Fox, director of NASA’s Heliophysics Division said during the mission’s science briefing. “There’s a continually streaming kind of soup of energetic particles that moves away from the sun and bathes all the planets. We call that the solar wind.”

Together, the solar wind and the sun’s magnetic field create a huge bubble known as the heliosphere, which shields the Earth from powerful interstellar radiation called cosmic rays.

Coronal mass ejections (CMEs) are energetic eruptions of solar material and when they make it to Earth, the solar particles can interact with our planet’s magnetic field to produce powerful electromagnetic fluctuations. Known as geomagnetic storms, they are troublesome because they’re known to disrupt technologies like communications systems and even power grids.

Additionally, they can also be dangerous to astronauts and satellites in space.  Solar Orbiter will help mitigate damages from these types of storms by helping scientists better predict when they might happen.

Solar Orbiter launched atop an Atlas V rocket on Feb. 9 at 11:03 p.m. EST (0403 GMT on Feb. 10). About an hour after liftoff, the spacecraft separated from the rocket’s upper stage as planned, extended its solar arrays and sent a signal back to Earth that it had power.

The spacecraft then spent the next several days deploying its communication antennas as well as its instrument boom.

Its first three months are what’s known as a commissioning phase, during which ground controllers will check out the onboard instruments to make sure everything is in working order. Two years from now, the spacecraft will be close enough to take its first detailed measurements of the sun, but we didn’t have to wait that long for the first bits of science data to come in.

Solar Orbiter carries ten scientific instruments, four in situ (meaning they measure the environment around the spacecraft) and six remote-sensing imagers (which will measure the sun’s properties). The majority of the in situ instruments are located on a 4.4-m-long extendable boom. They study the electromagnetic characteristics of the solar wind, as well as the stream of charged particles flowing from the Sun.

“We measure magnetic fields thousands of times smaller than those we are familiar with on Earth,” Tim Horbury, principal investigator for the magnetometer (MAG) instrument on the Solar Orbiter, said in the statement. “Even currents in electrical wires make magnetic fields far larger than what we need to measure. That’s why our sensors are on a boom, to keep them away from all the electrical activity inside the spacecraft.”

Designed to measure the strength and direction of the magnetic field, the MAG (which is composed of two sensors) was the first instrument to send back data.

The boom is a pole made constructed out of titanium and carbon-fiber that houses three instruments, which are so sensitive that they need to be kept away from the main body of the spacecraft to avoid potential electromagnetic disturbances.

“Measuring before, during, and after the boom deployment helps us to identify and characterize signals that are not linked to the solar wind, such as perturbations coming from the spacecraft platform and other instruments,” Matthieu Kretzschmar, lead co-investigator of the high-frequency magnetometer of the Radio and Plasma Waves instrument (RPW) instrument, which is also located on the boom and will study properties of the solar wind.

The team will continue to calibrate the spacecraft’s suite of instruments and will begin collecting official science data as early as May.

Solar Orbiter heads to the sun in mission to unravel its mysteries, takes first space measurements