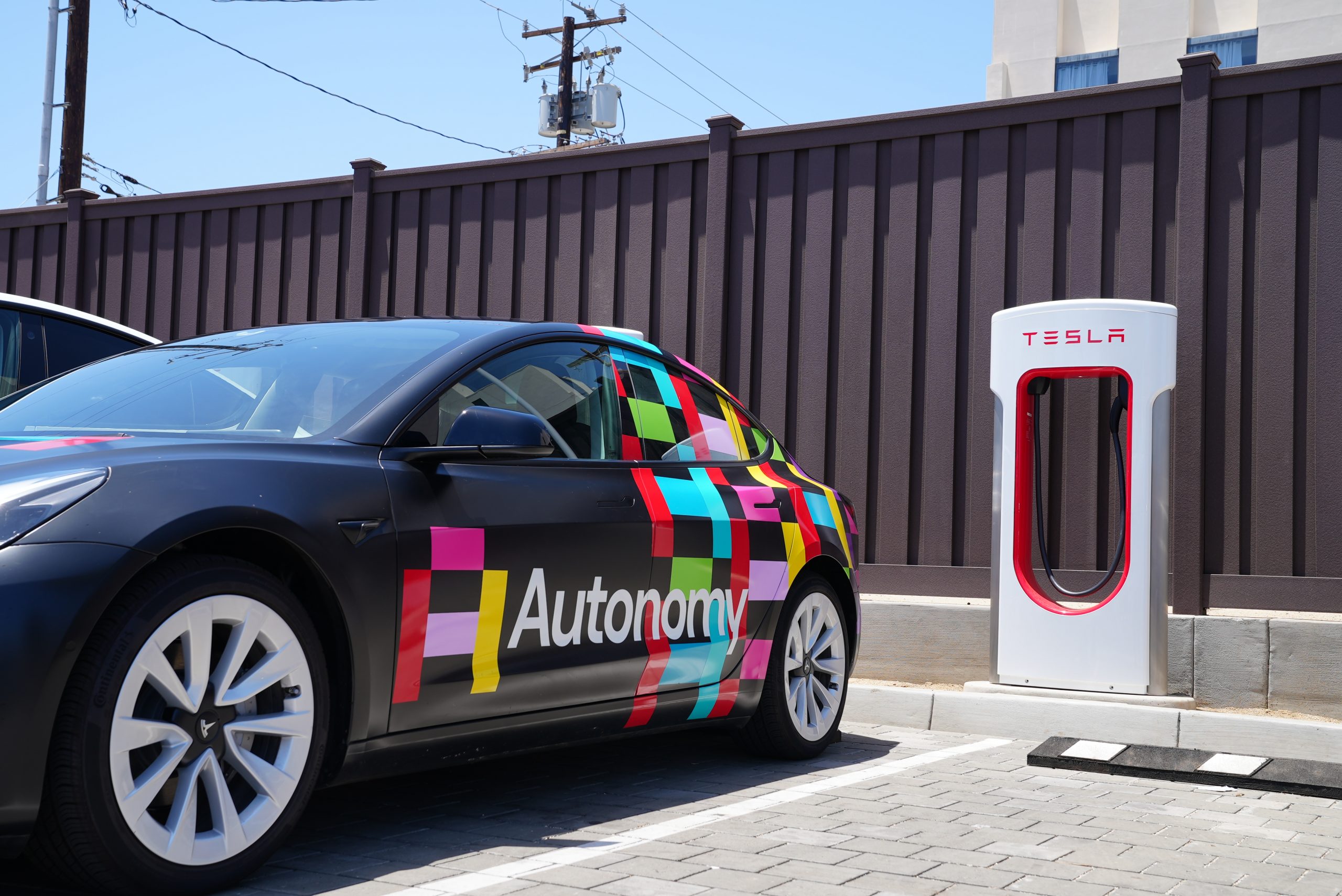 Electric vehicle subscription company Autonomy, which made headlines in January for its expansive Tesla Model 3 rental fleet, announced today it has expanded its operations once again into the High Desert region of California. This includes the communities of Lancaster, Palmdale, Victorville, Adelanto, Apple Valley, Hesperia, Phelan, and Barstow.

In January, Autonomy launched its electric vehicles subscription model with the Tesla Model 3. Autonomy’s options gave customers a subscription-based program that combined the monthly car payment, insurance, and other applicable fees into a single monthly payment. Drivers can order vehicles and pick them up in less than ten minutes with a driver’s license and form of digital payment.

In early May, Autonomy expanded its operations to the Central Coast region of California. CEO Scott Painter said it was important to expand to these regions as they were critical to the EV movement. These areas offered peak levels of electric vehicle adoption, and local infrastructure offered plenty of charging stations for owners. The same strategies apply to Autonomy’s decision to expand to the High Desert region. The area has over 200 charging stalls and 13 Supercharger stations, which are all strategically placed along I-15 and SR-14.

Tesla recently announced a massive Supercharger on I-15 in Barstow, California. The site is expected to have 100 Supercharger stalls.

“With gas prices continuing to climb and putting a strain on households, there’s never been a more compelling time to get an electric vehicle,” Painter said. “Consumers are beginning to fully realize the benefits of driving an electric vehicle, and we’re excited to be offering a more affordable, flexible way of getting one.”

Autonomy has remained in the California market due to its suitability for a startup that deals with EV adoption. It has 30 percent of the total charging stations and stalls in the United States. Additionally, the State is set to receive $56 million from a federal infrastructure bill passed by the Biden Administration. Only Texas received more.

Additionally, High Desert residents have some of the longest commutes nationwide, according to Autonomy, which cited CNBC for the data. Palmdale residents have the longest commutes nationwide on average, with 85.4 minutes of commuting round trip. “Like in Palmdale, many people who live in the High Desert have long commutes across the region or down California’s Cajon Pass to the Inland Empire, Orange County, and Los Angeles. With Autonomy, commuters can ditch the high-priced gas and contribute to a more green commute,” Autonomy said.

Autonomy also said in its press release that it will offer Model Y vehicles. “A payment dial allows customers to personalize their Model 3 and Model Y. Model 3 subscriptions range from as low as $490 per month with an initial $4,900 start fee, to $1,000 per month with an initial $1,000 start fee. Whichever payment option you choose, a low refundable deposit of $500 and taxes also apply,” the company explains.