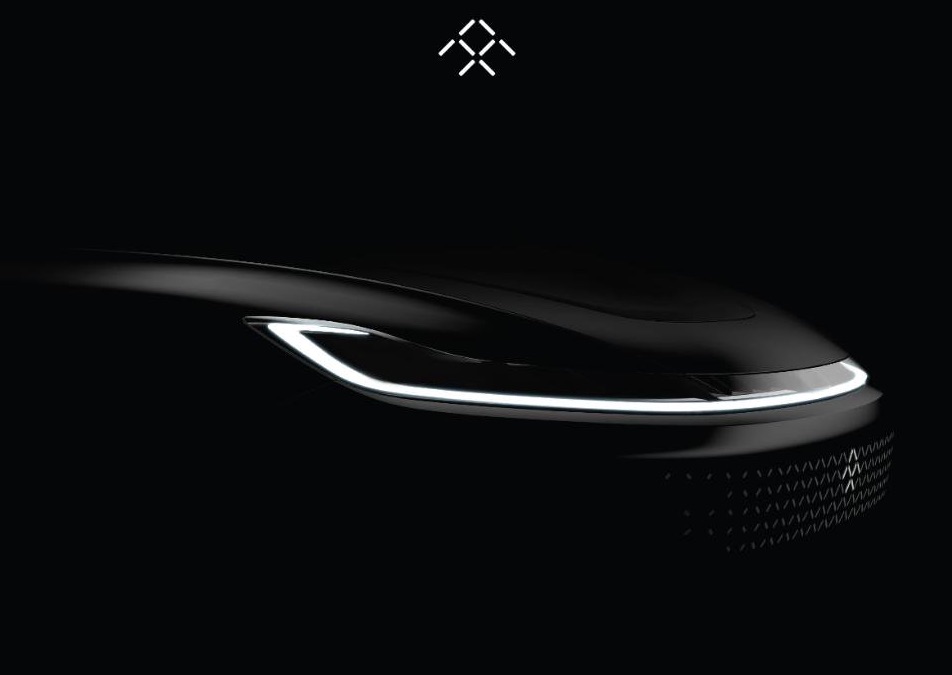 Los Angeles-based electric car start up Faraday Future has teased a front end image of its first production vehicle set to debut on January 3 from Las Vegas at CES 2017. The company took to social media to release an image of what appears to be a futuristic LED headlight design that wraps around the entire front of the vehicle.

The front bumper is subtly lit with a series of characters forming Faraday Future’s insignia which is prominently displayed on the center. No other details were provided though the company has been releasing a series of short videos teasing consumers with what’s to come.

We know Faraday’s vehicle will be all-electric and rumored to have at least 300 miles of range helped by a 98 kWh battery produced by LG Chem. Previous sightings of the company’s test mule driven on the streets of Los Angeles reveal plans to produce a vehicle resembling that of Tesla’s Model X crossover SUV. Amid controversy that construction on the company’s $1 billion North Las Vegas factory halted before even starting, and negative sentiments coming from Nevada State Treasurer suggesting that “it’s over” for the company, Faraday Future is still poised to showcase something remarkable within a month.

Earlier this year, the company unveiled its futuristic race-inspired and fully electric FFZERO1 concept car at CES 2016, said to have 1,000 horsepower and capable of reaching a top speed of 200 mph. The company has also been active in motorsports having recently made its inaugural entry into Formula E. Former lead on vehicle and chassis engineering at Tesla, Nick Sampson, joined Faraday to become the company’s new SVP of Product R&D.

We look forward to seeing what the company will unveil on January 3, 2017 from CES. Follow us on Twitter to take a behind the scenes look at Faraday Future’s upcoming production car.