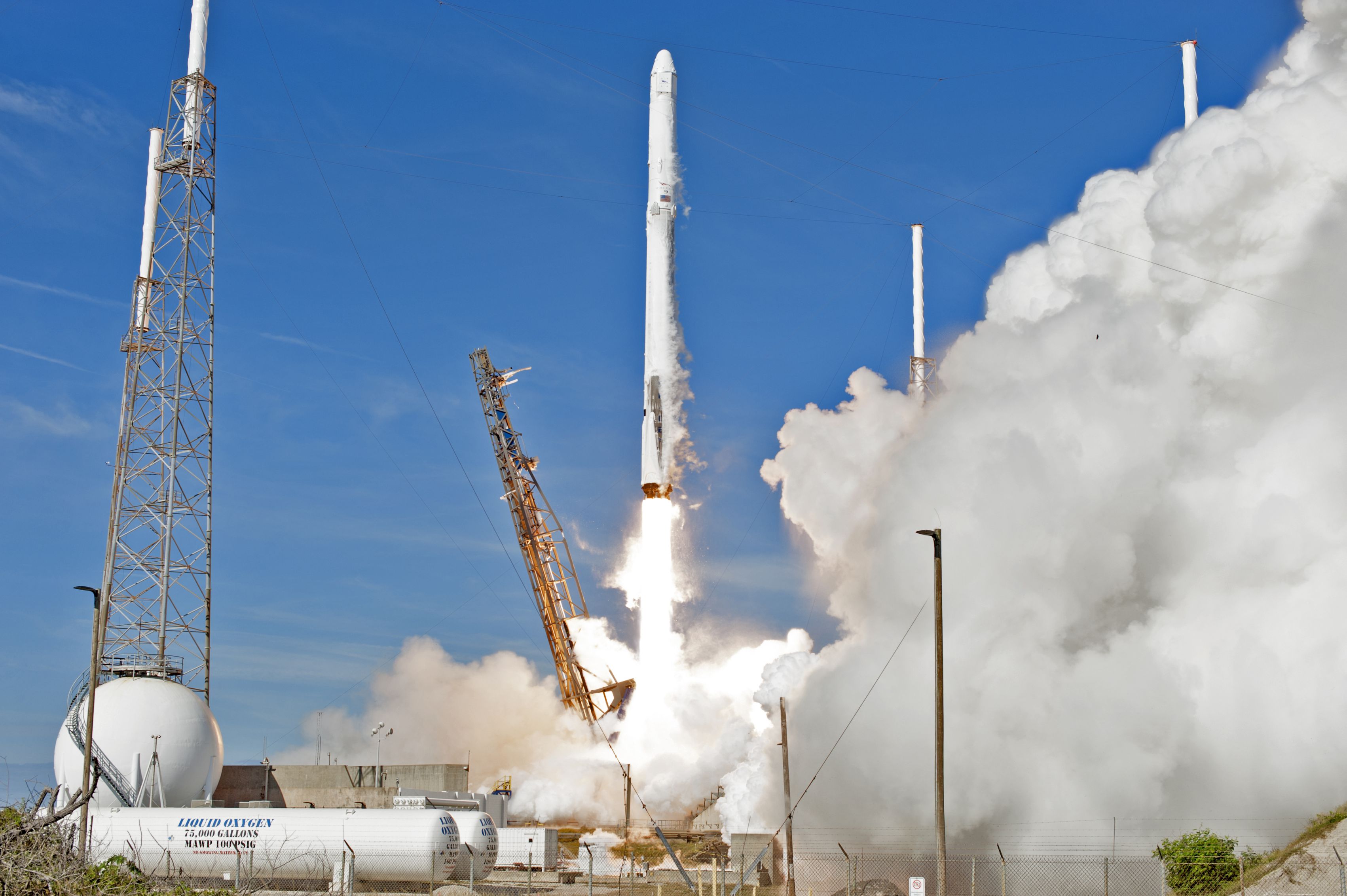 A flight-proven SpaceX launch and landing, in pictures

After a series of frustrating but predictable delays, SpaceX has returned its newly-refurbished Launch Complex 40 to active duty with the successful launch of a reused Falcon 9 booster, itself carrying a refurbished Cargo Dragon spacecraft now headed to the International Space Station for its second time.

Clear, sapphire skies greeted Falcon 9 and Dragon earlier this morning as they were at last prepped for launch, this time a very brief window of opportunity on Friday morning. Impressively, despite the fact that LC-40 is essentially a new launch pad, its first launch attempt went off without a hitch – even the slightest delay would have scrubbed the launch of CRS-13 to late December. SpaceX has thus continued to demonstrate its ability to move incredibly quickly while still accomplishing the tasks at hand: the company effectively constructed and upgraded an entirely-new launch facility in less than ten months, a staggering achievement by any comparison.

For this launch, Teslarati’s photographer Tom Cross was on hand to document it, and he weathered the numerous delays and cancellations of launch opportunities and photo ops over the last week. Arguably, his patience paid off and we have some exceptional photos of CRS-13, SpaceX’s 17th successful launch of 2017 and 20th successful landing of a Falcon 9 overall. While we await the status of Tom’s remotely placed cameras, tragically destroyed by Falcon 9’s intense exhaust, Tom was still present on top of the massive Vehicle Assembly Building and was able to take a number of amazing photos of the launch. 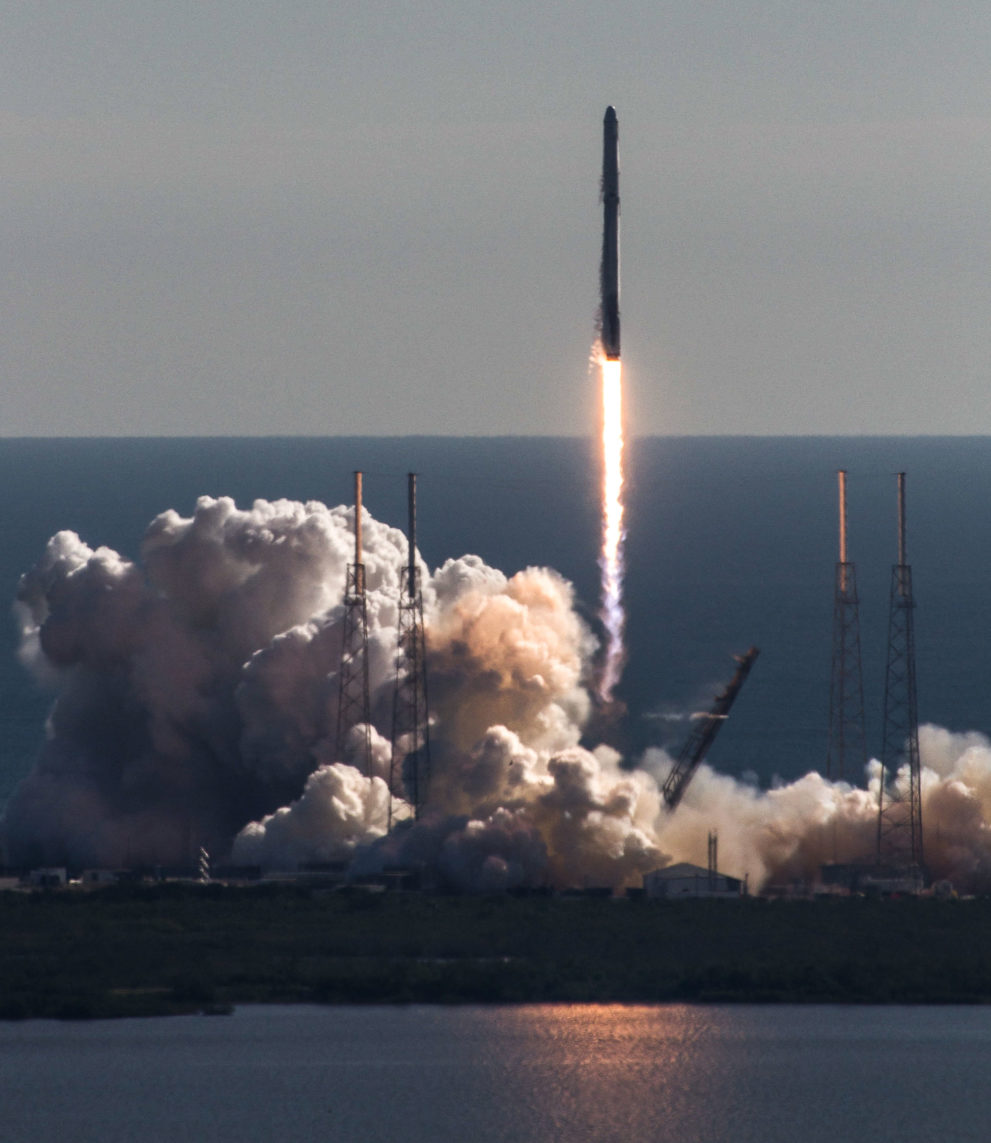 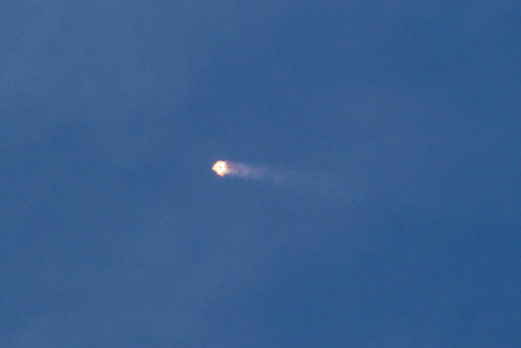 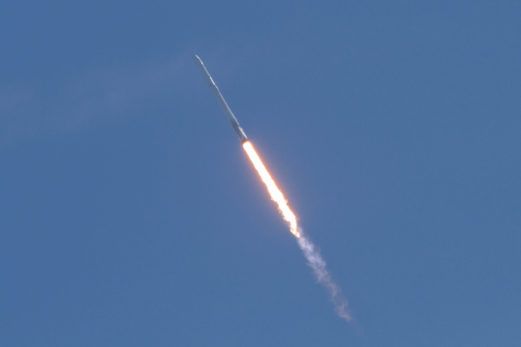 As the rocket gains speed, it tips over to reach orbital velocity. (Tom Cross) 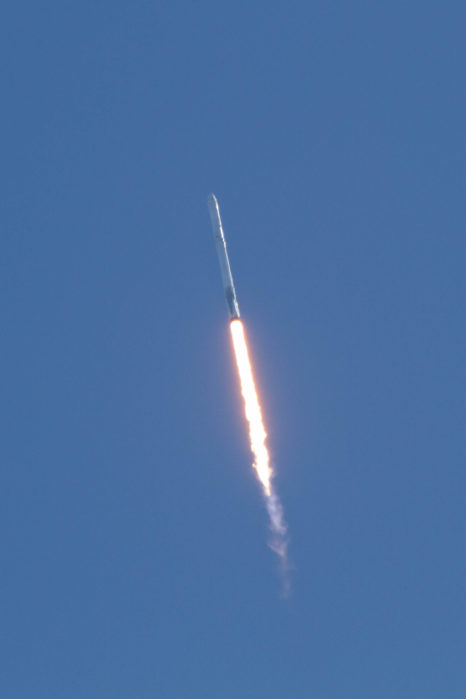 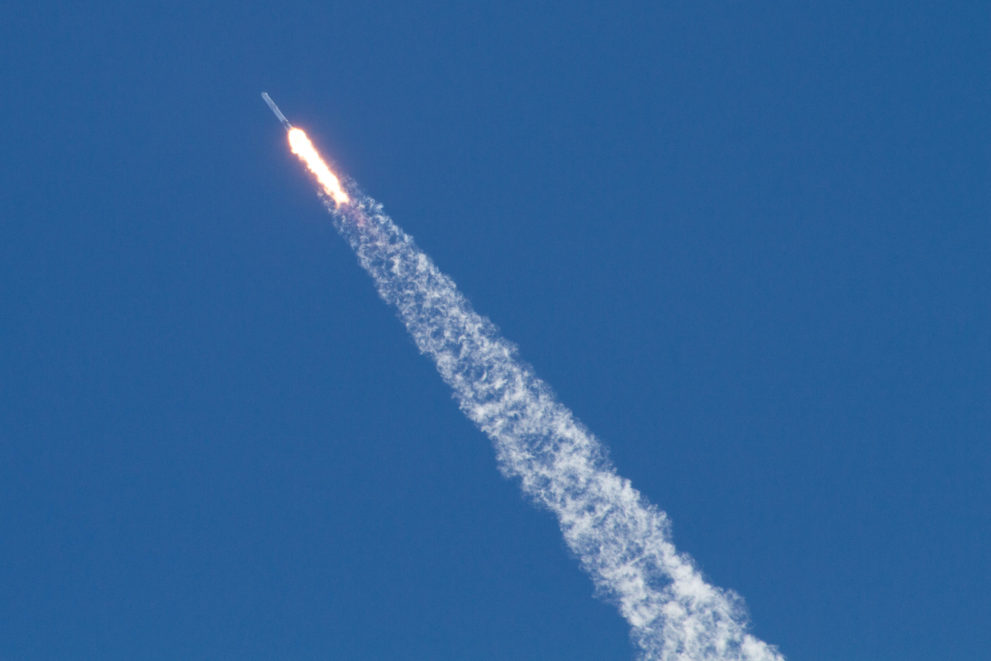 As Falcon 9 rises out of Earth’s atmosphere, its exhaust expands. (Tom Cross)

After Falcon 9’s second stage separated and continued on towards orbit with Dragon, booster 1035 immediately flipped around and headed back towards Cape Canaveral and Landing Zone-1 for its second-ever recovery. Stationed on top of the VAB, Tom captured this event all the way from boostback burn to landing. 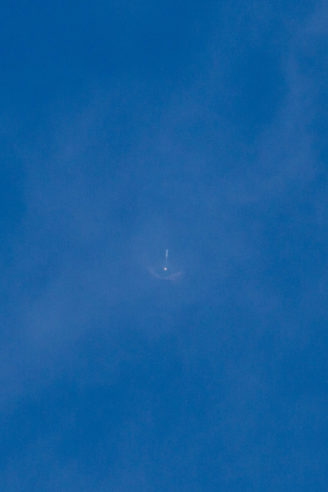 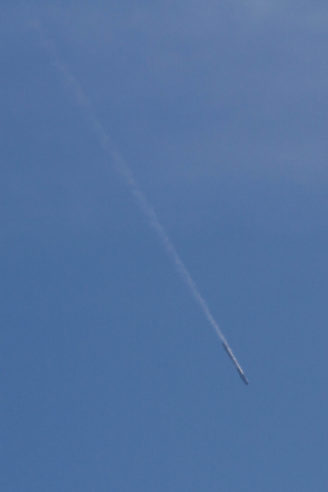 After the first burn completes, Falcon 9 barrels through hypersonic and transonic regimes of flight. (Tom Cross) 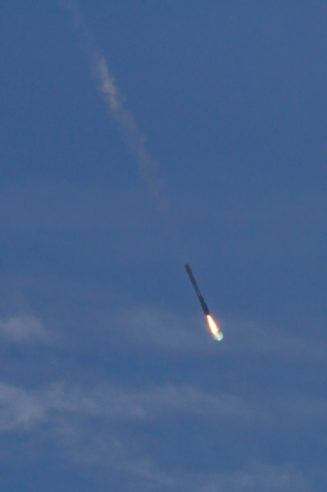 With the first boostback burn complete, Falcon 9 is placed on a landing trajectory. Finally, 1035 begins its last landing burn, the booster’s legs deploy, and as SpaceX would say, “Falcon 9 has landed.” 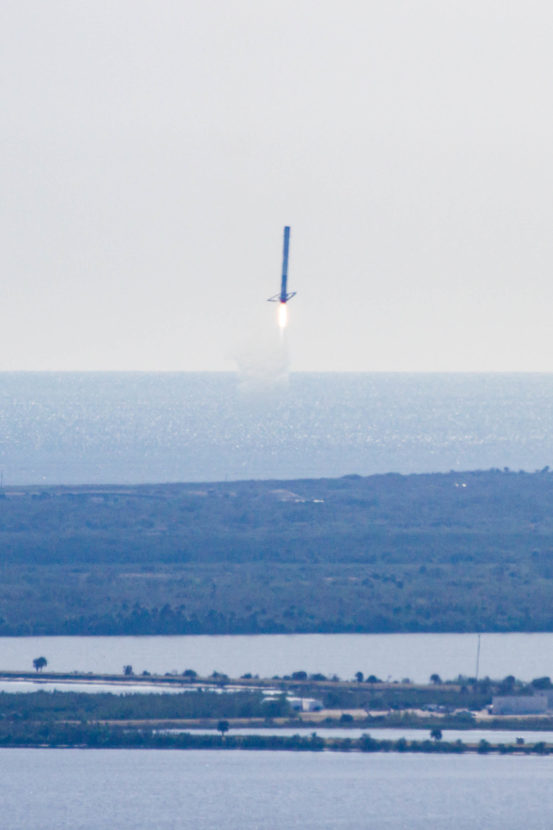 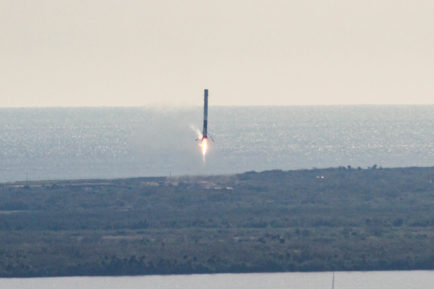 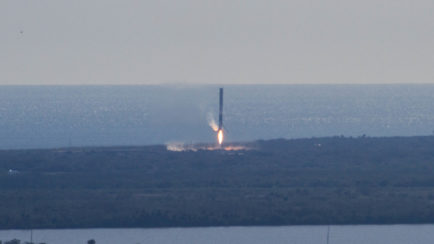 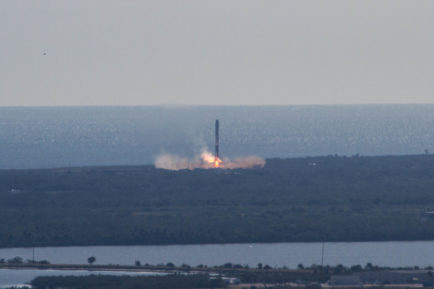 All things considered, this mission was an amazing success for SpaceX: not only does it symbolize NASA’s acceptance of SpaceX’s reuse procedures, but the launch is arguably the first time that a reused spacecraft has launched aboard the reused first stage of a rocket, a truly historic accomplishment for SpaceX along the path towards fully reusable access to orbit.

Up next on the busy rocket company’s docket is the fourth launch of Iridium satellites, currently scheduled to lift off just a week from today, December 22. Rather mind-bogglingly, Iridium-4 will also fly aboard a reused Falcon 9, this time the booster that launched the Iridium-2 mission in June 2017. In the meantime, SpaceX has announced the opening of media accreditation for Falcon Heavy’s January 2018 inaugural launch, which Tom Cross will no doubt be attending and photographing. 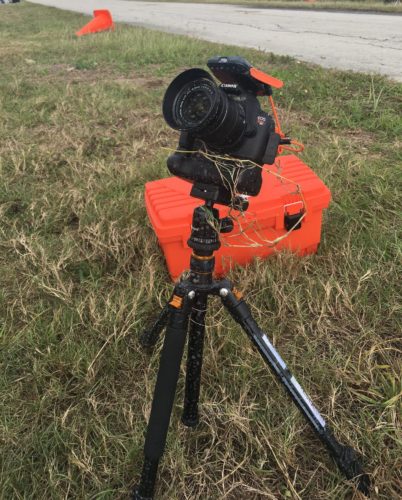 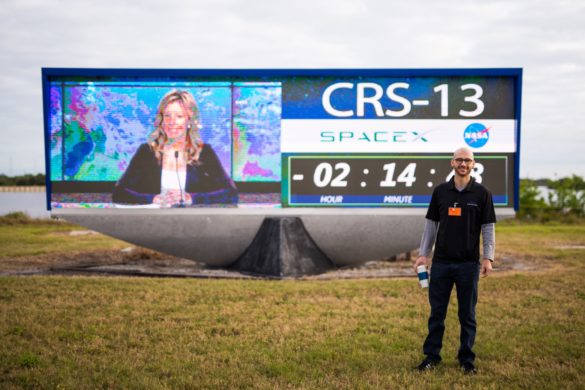 A panorama of SpaceX’s newly-reactivated Launch Complex 40. Falcon 9 and Dragon can be seen in the center. (Tom Cross/Teslarati) 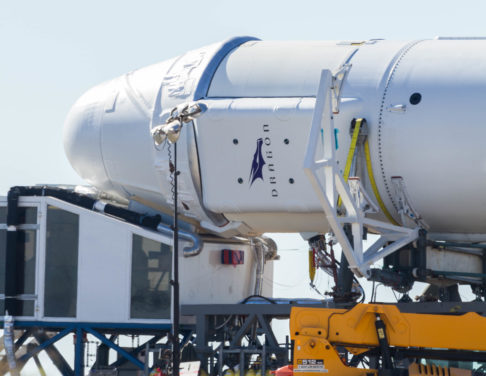 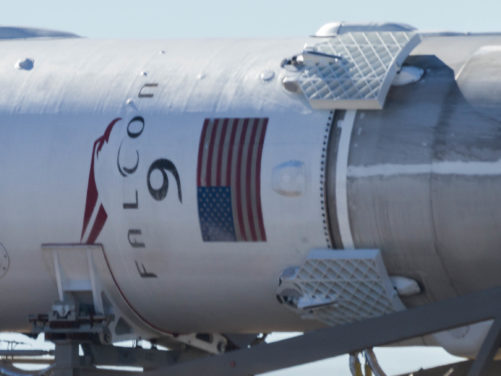 Sooty Falcon 9 1035 before its second flight with an also-reused Dragon payload, CRS-13. (Tom Cross/Teslarati)
A flight-proven SpaceX launch and landing, in pictures