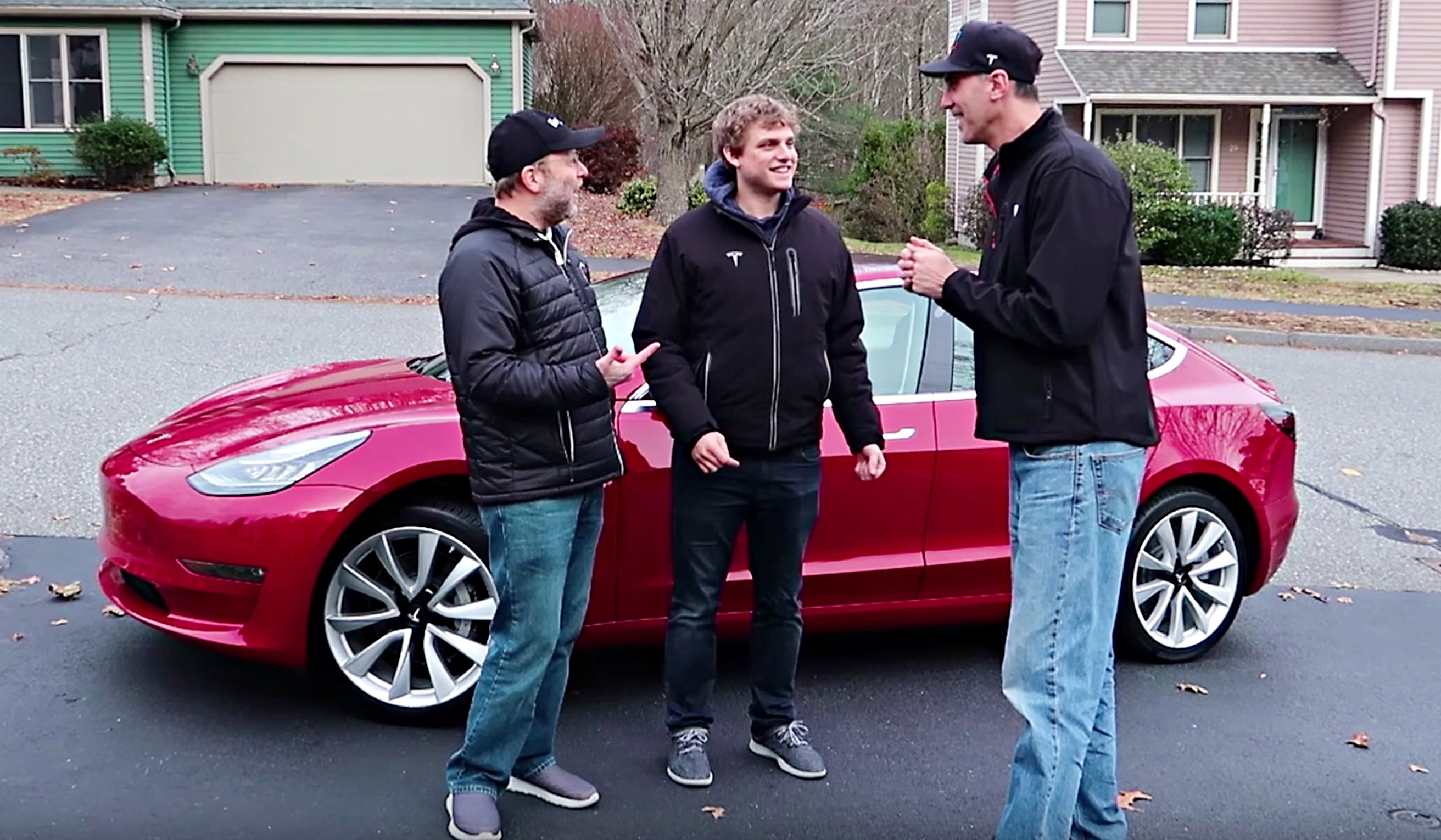 Tesla Model 3 has ample headroom to support even the tallest of tall drivers. Despite the vehicle being smaller in stature than its larger sibling, Model S, the vehicle’s open cabin design and sparse interior makes for a spacious feel.

Father and son duo behind popular YouTube channel Now You Know set out to prove just that by soliciting the help of Jeff who stands at 6’7″ in height (201 cm). Jeff, also a Tesla Model S owner, demonstrates how he’s able to sit comfortably in the driver’s seat and still have headroom to spare.

“On my S, I have to duck my head more”, says Jeff when speaking about his experience when entering Model 3’s front driver’s seat. “Here I just go right in without ducking my head too much.”

Jeff’s description of Model 3’s ease of ingress over Model S can be seen in a side-by-side comparison of interior dimensions for each vehicle. We’ve also included the Model X for comparison purposes.

Tesla’s Model 3 with glass roof stacks up well against the larger Model S sedan in terms of headroom and leg room. In fact, the smaller Model 3 has slightly better front and rear headroom than the Model S. Leg room for front seat riders in the Model 3 is practically identical to that of the Model S.

Model 3’s spacious interior is largely helped by the the vehicle’s lack of an instrument cluster and unique dashboard design that consists of a single center-mounted touchscreen and “ventless” HVAC system. By pushing the windshield forward and shortening the dashboard, Model 3 is designed for easier ingress and egress. Tesla’s 6’2″ CEO, Elon Musk, also noted that a software update will arrive that raises the steering wheel and adjusts seating position to allow for even easier vehicle access for taller people.

By moving the support beam closer to the base of the rear window, Tesla was able to maximize interior space in the backseat while providing ample headroom for all passengers. This also explains Model 3’s use of a trunk versus a hatchback design like the Model S.