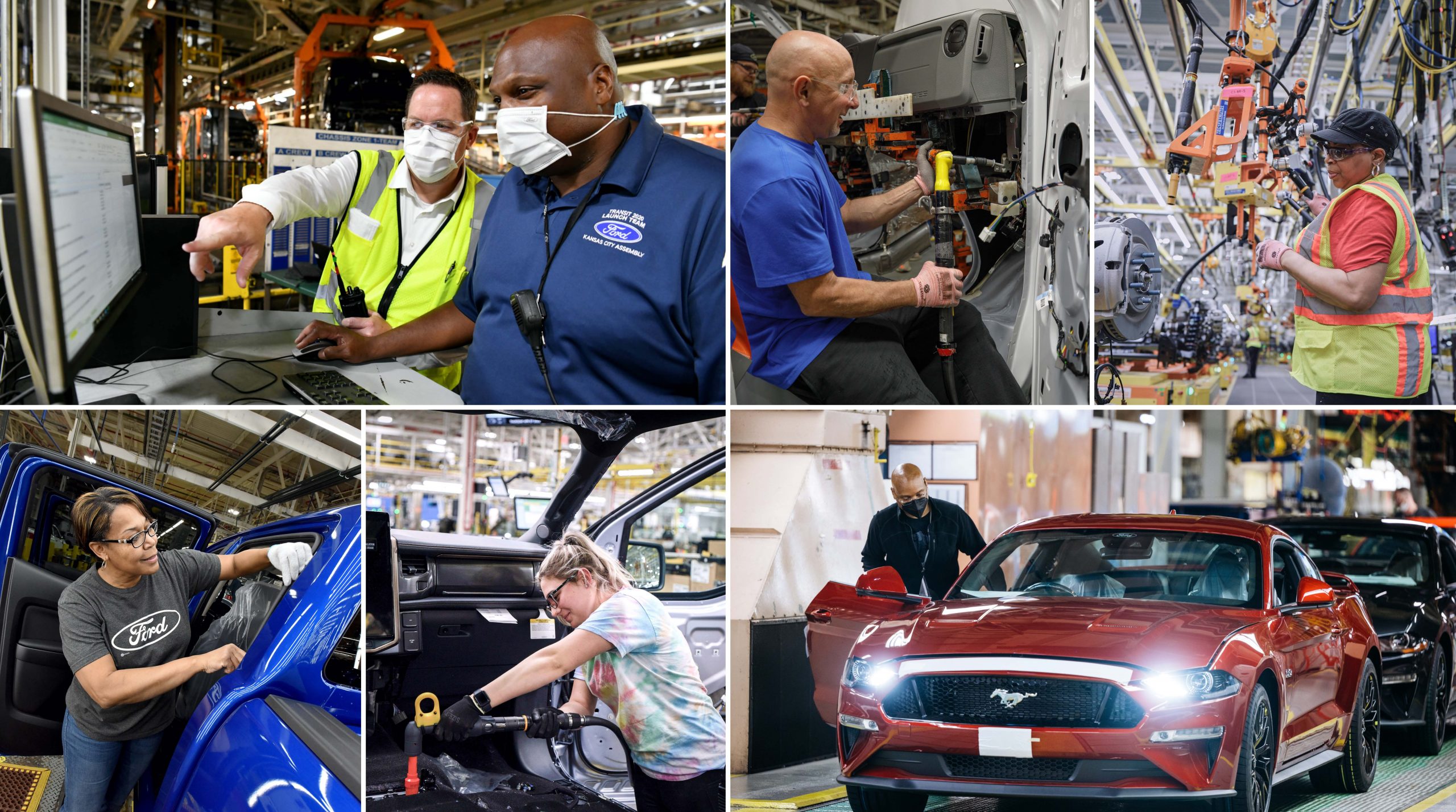 Ford Motor Company announced today it would invest $3.7 billion into the development of new electric and combustion engine vehicle projects, including new versions of the gas-powered Mustang and Ranger pickup. The investment will add an additional 6,200 UAW jobs to three of its factories located in the midwest.

Ford announced that a portion of the $3.7 billion would go toward retooling three of its plants, which are located in Ohio, Michigan, and Missouri, for electrification projects:

3,000 temporary factory employees will be transitioned to full-time status in addition to the 6,200 jobs Ford will create with the investment. These employees will receive pay raises and health-care benefits, effective immediately, the company said.

“The essential necessity of quality healthcare and full-time employment are longstanding principles that have been communicated to the company by the UAW International Union and our UAW local unions since our inception,” Chuck Browning, UAW VP and Director of the Ford Department said. “I applaud the actions of Ford Motor Company to address these issues outside the realm of collective bargaining. These unprecedented steps taken by Bill Ford and CEO Jim Farley are both a refreshing and innovative approach to labor relations that delivers great benefit when most needed by our hardworking members.”

Unfortunately for EV fans who were hoping Ford would begin to ditch its ICE projects, the company will work toward developing an all-new version of the Mustang coupe and Ranger pickup in North America. Ford is still dependent on some of its ICE vehicles for profitability and operating costs but will phase these vehicles out in alignment with its fully-electric commitment, which is set to begin in 2035, joining General Motors and Mercedes-Benz.

The investment will era in the development of a new commercial electric vehicle for Ford Pro customers.

“We’re investing in American jobs and our employees to build a new generation of incredible Ford vehicles and continue our Ford+ transformation,” CEO Jim Farley said regarding the investment. “Transforming our company for the next era of American manufacturing requires new ways of working, and together with UAW leadership, we are leading the way and moving fast to make improvements to benefits for our hourly employees and working conditions for our factory teams.”

Farley has been arguably one of the most committed automotive CEOs in terms of electrification transitions. Ford has made numerous strides under Farley’s leadership and has set lofty goals for the automaker to keep up with industry leader Tesla.

Ford will hold a press event at 10:30 am ET to officially announce the investment. It can be viewed at this link.