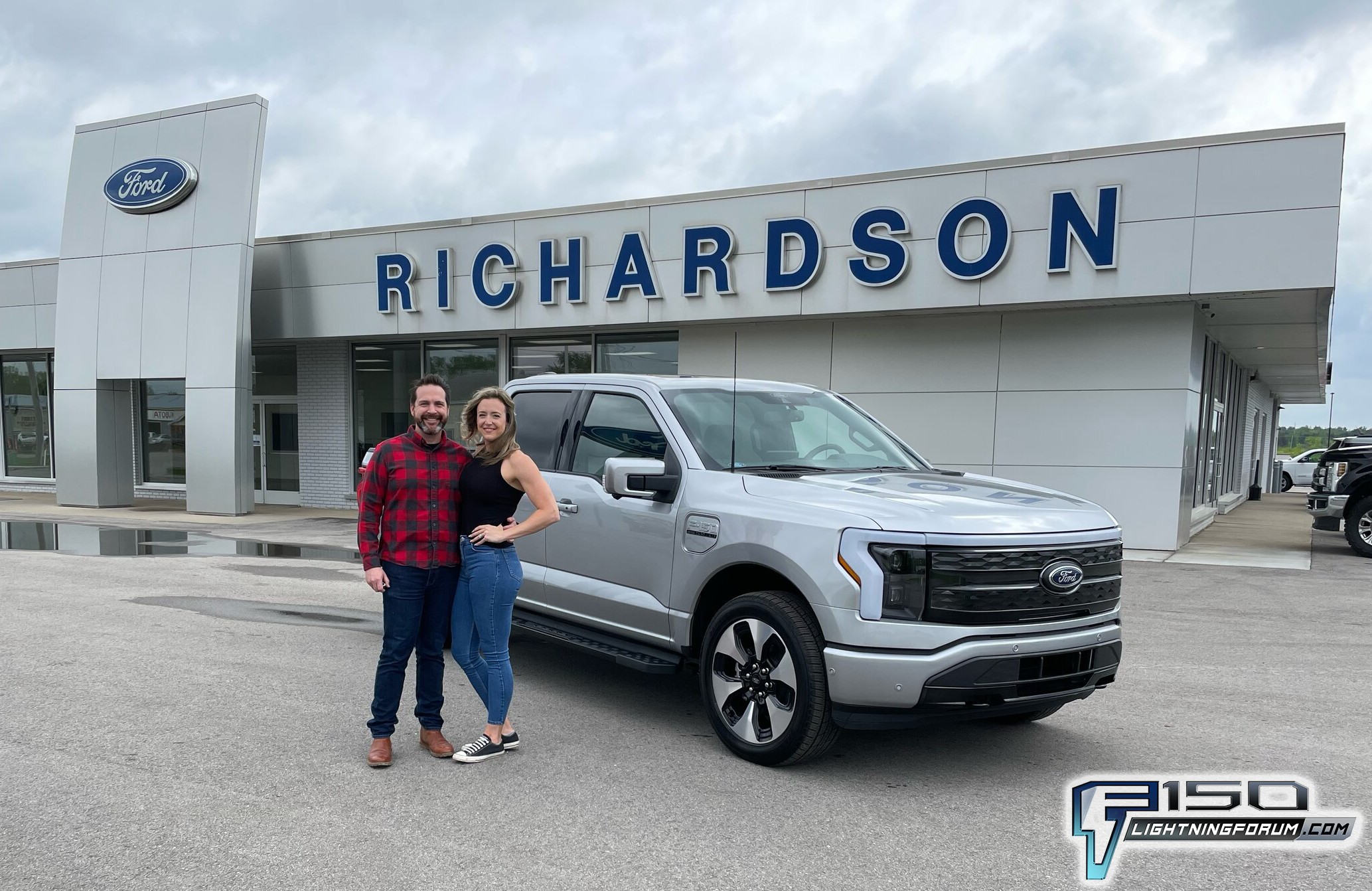 Ford has officially started making deliveries of the F-150 Lightning, with the first unit of the all-electric pickup being delivered to a Michigan resident earlier today.

According to oneguynick, a member of the F-150 Lightning Forum, a Ford Public Relations member confirmed to him that he was officially the first customer to take delivery of the all-electric pickup. After placing an order on May 20, Nick took delivery of a Platinum Trim configuration of Ford’s second electric vehicle on May 26.

“Congrats in advance on your delivery tomorrow,” a Ford PR rep who identified themselves as “Doug,” said. “As you’ll be our first owner delivery, I’d like to invite you to create a ‘Delivered’ thread tomorrow sharing your delivery experience, first impressions, photos, etc., and we’d like to feature this on our homepage.”

The order of the F-150 Lightning was confirmed in January when Ford opened up the order bank for reservation holders of the truck. It was built on April 18, according to Nick’s scheduling. He is a Michigan resident, which is not necessarily surprising considering Ford builds the F-150 Lightning at its plant in Dearborn, Michigan.

Late last week, Ford F-150 Lightning units were spotted in lots outside of Dearborn, evidently awaiting deliveries to dealerships around the country. Luckily for some Michigan residents, they will be receiving their F-150 Lightning builds before Ford dealerships in the United States just because of their location. The Lightning, which has exceeded Ford’s expectations for demand, has already accumulated 200,000 vehicle orders in the year it has been available to order.

Production of the F-150 Lightning kicked off on April 26 after Ford held a dedicated kickoff event to commemorate the truck’s initial manufacturing. Many of the units were set to be delivered as dealership demos, and Ford told salespeople they would be held accountable for offloading them into a customer’s hands.

The F-150 Lightning Platinum has 300 miles of range and starts at $90,874. It has a towing capacity of 8,500 pounds and can travel on more than 130,000 miles of divided highways in North America hands-free with Ford BlueCruise.