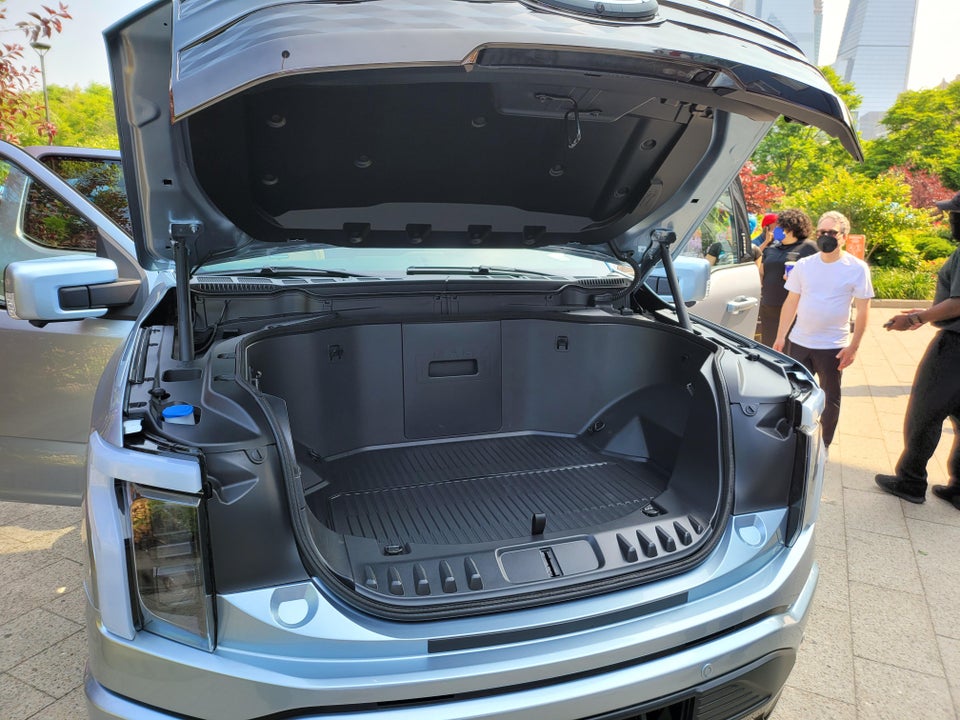 Just a week after Ford unveiled the F-150 Lightning in a very public unveiling event, the all-electric pickup has been spotted in New York City sporting a massive power frunk that could be used for storing impressive amounts of cargo or charging power tools.

The frunk is a signature feature of electric vehicles in particular. While some ICE vehicles do feature a frunk because of a rear-end placed motor, the frunk in an EV is offered in supplement to the rear trunk, as the absence of a large engine gives owners additional space to store groceries or other goodies. The F-150 Lightning’s frunk is slightly different, though, due to its sheer size and functionality. With 400 liters of storage space and power outlets and USB plugs to match, there is no shortage of application for Ford’s introductory electric pickup.

After the sighting in NYC, it seems pretty obvious that the F-150 Lightning will offer so much space for cargo in the front that the bed of the truck could likely be reserved for workday materials like tools or copper wiring. The frunk, however, could be reserved for any number of things, maybe even a shrimp cocktail party much like Ford advertised for the all-electric Mustang Mach-E. After all, it does equip a drain hole.

At first glance, the F-150 Lightning’s frunk looks considerably large. Thinking about the size of a truck hood, especially one on an F-150, there is a lot of room under there. It seems like, if a family wanted to, an entire week’s vacation-worth of clothes could fit in there with relative ease, unless you’re someone who can’t decide on outfits or shoes. The pull tab at the front of the truck also offers some additional room for taller items and will give even more room for those whose cargo loads are above average. It can carry up to 400 pounds.

However, the size of the frunk isn’t the only feature that this spacious compartment offers. Four 120-volt AC outlets and two USB ports are also available in the frunk for anything that needs electricity to work. The functionality of the F-150 Lightning’s frunk could offer the perfect charging station for power tools on a job site just in case there are no vacant outlets (somehow). Regardless, the idea for Ford to throw these extra outlets in the frunk makes so much sense, and it should appeal to a lot of the prospective buyers out there.

More pictures, courtesy of u/kramdam on Reddit, are available below. 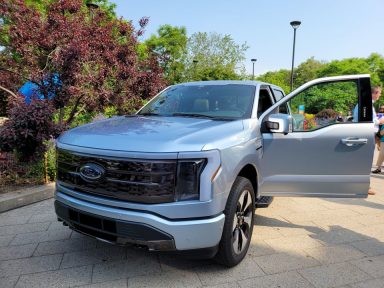 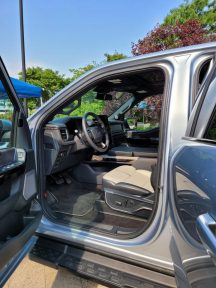 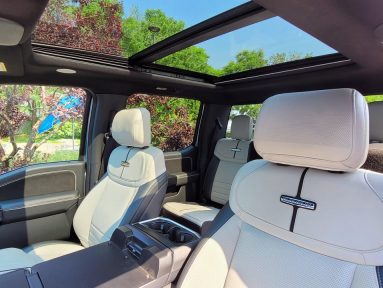 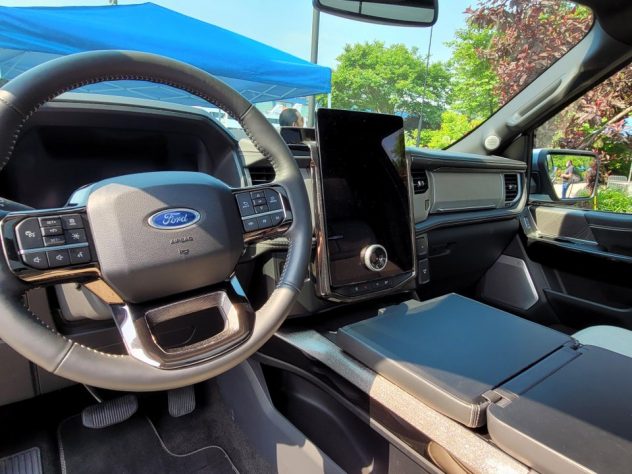 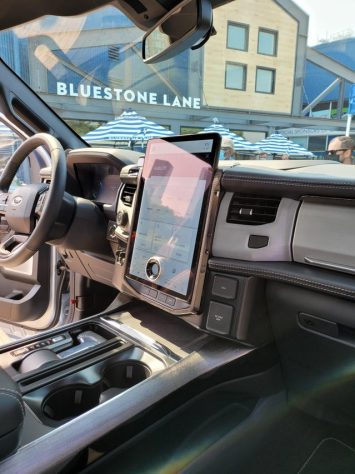