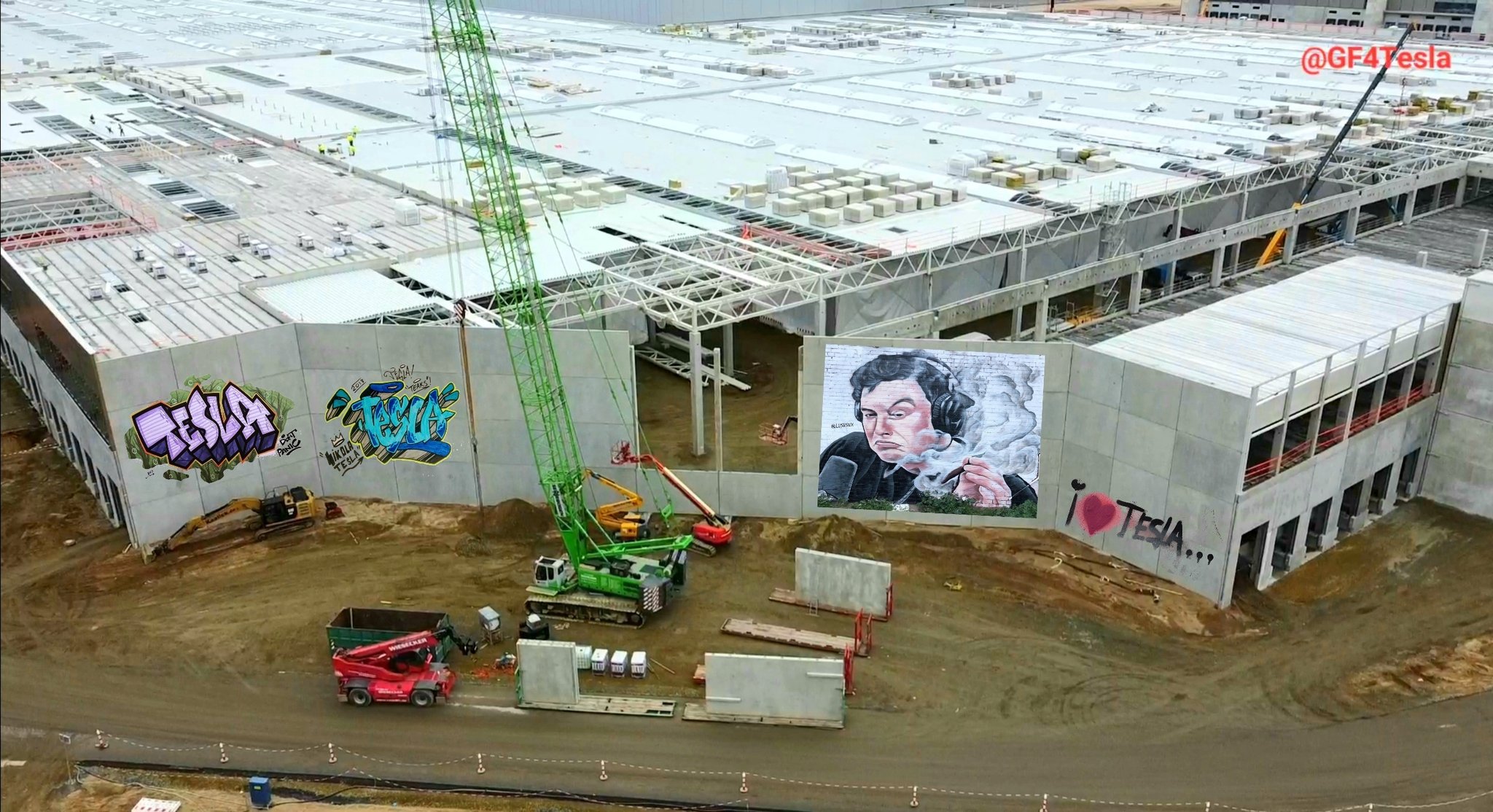 “If you want to help cover Giga Berlin in awesome graffiti are, send us your work at GigaBerlinArt@Tesla.com,” the company tweeted recently.

Some people in the Tesla community responded to the tweet and shared graffiti art samples. For instance, drone operator @GF4Tesla shared a photo of art covering the entire side of a building. Many others jokingly suggested that Doge art should be on Giga Berlin’s walls.

Tesla’s open invitation to artists for some graffiti art samples to cover Giga Berlin’s walls reveals its progress on the factory’s construction. The graffiti art would most likely be one of the finishing touches to Tesla’s Model Y plant at Giga Berlin.

“When all the finishing touches are done, I hope it will be considered a jewel of Brandenburg!” said Elon Musk in reply to one of Steinbach’s tweets.