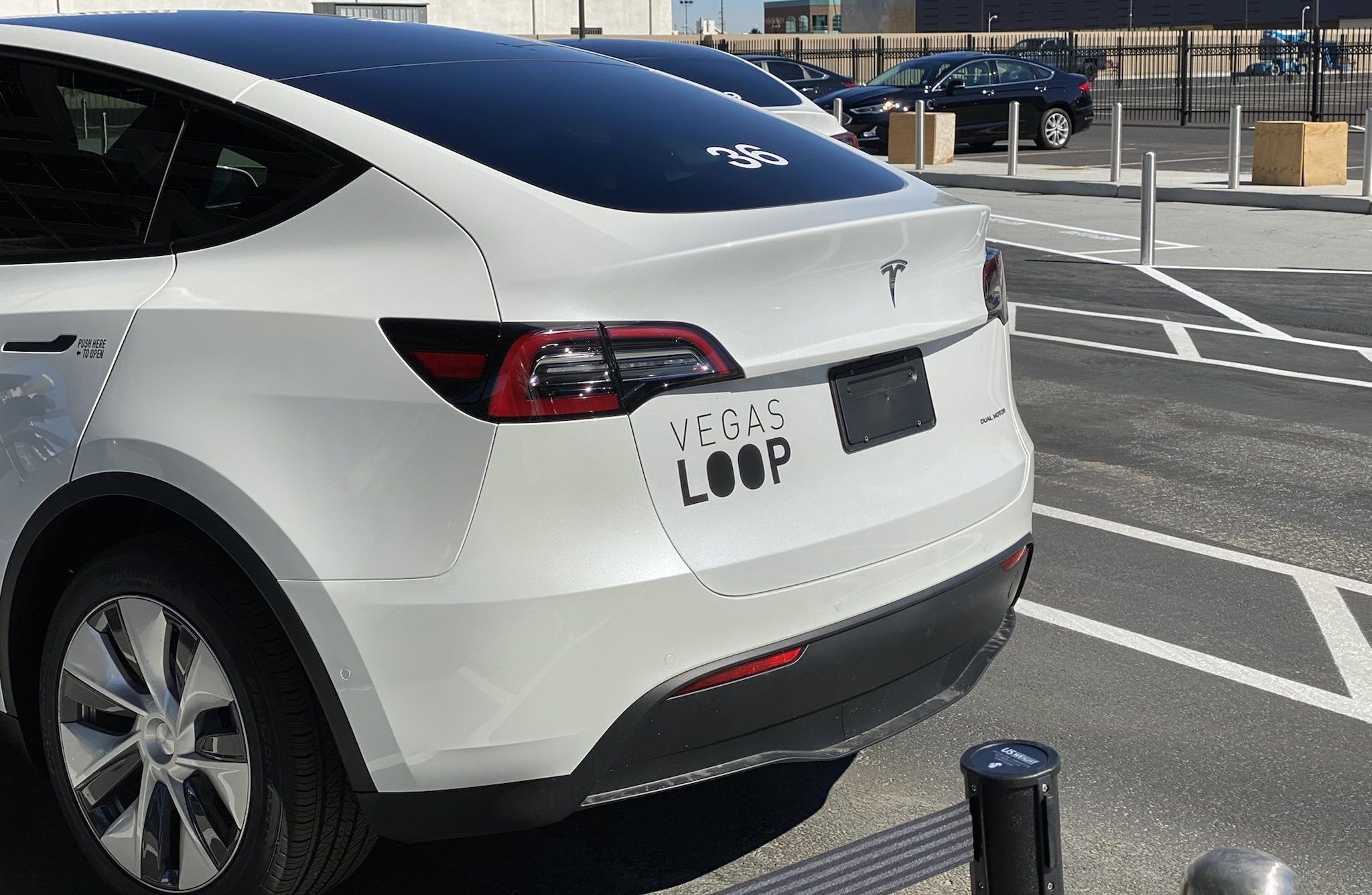 Elon Musk’s Boring Company performed capacity testing in Las Vegas at its Las Vegas Convention Center Loop yesterday as the Sin City prepares to reopen with no restrictions on June 1st. In preparation for Las Vegas to welcome back travelers, visitors, and residents alike to the downtown area after over a year of quarantine, the Boring Company is preparing for the first days of operation with its newly constructed Vegas Loop, a public transportation option that aims to give travelers efficient express options to travel to and from the city’s most popular hotspots.

A fleet of Model 3, Model Y, and Model X vehicles was on the ground in Las Vegas, and eyewitnesses estimate around 50 Tesla electric vehicles were a part of the testing phase. Additionally, less than 500 people were a part of the tests that aimed to give the Boring Company and the LVCC officials some clarity on how the Loop would run once the city fills back up with people.

One eyewitness, u/adjudicatedmonster on the r/BoringCompany subreddit, gave several details about what they saw while the testing phase was ongoing. One of the most notable parts of the test was the constant loop of vehicles working on merging and coexisting smoothly. This remains to be the most crucial part of the LVCC Loop’s effectiveness because, without smooth and uneventful travel, the Loop will not work efficiently. However, u/adjudicatedmonster said that boarding the vehicles and getting moving went “smoother than expected.” The Model X took the longest to board and get going, while the Model Y was unequivocally the most efficient.

Most cars were filled with three passengers, plus a driver who controlled the vehicle manually through the tunnel. u/adjudicatedmonster said the vehicles traveled around 30 MPH through turns and around 39 MPH on straightaways.

Video thanks to eirunning95 on imgur

As Las Vegas prepares to reopen on June 1st, there will be no restrictions on businesses or activities, according to KTNV, an ABC affiliate station in Las Vegas. Life is getting back to normal, and it is expected to be busy, considering the Sin City hasn’t had a normal week of business in over a year. In 2019, Las Vegas recorded over 42 million visitors, a far cry from the only 19 million that made their way to the city last year as the pandemic raged on. For years, public transportation has been a struggle for Vegas visitors. Limited options combined with high prices have made walking around the city a more viable option. However, the LVCC Loop from the Boring Company won’t break the bank, and it will get visitors from Point A to Point B in a fraction of the time. Projections estimate that the Loop will move 8,000 people every hour.

For now, the LVCC Loop will transport passengers across the Convention Center Campus that spans 73 acres big. Eventually, Vegas visitors and residents will have the ability to go from resort to resort and hotspot to hotspot thanks to The Boring Company’s Vegas Loop. More hotels and resorts continue to seek entrance into the Vegas Loop, with the most recent being Resorts World, located just off of the Vegas Strip.