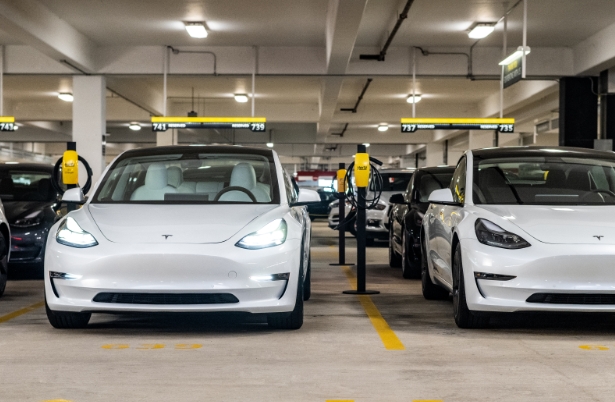 Hertz gave several updates on its fleet of Tesla and Polestar all-electric vehicles, which it started offering to customers earlier this year, during its Earnings Call for Q2 2022 held on Thursday.

Hertz expanded its EV offerings to sixteen new cities earlier this month and has experienced widespread success in its EV fleet.

Hertz initially ordered 100,000 Tesla Model 3 and Model Y vehicles in October 2021. The move was Hertz’s introduction into EV adoption, which has expanded to other automakers, including Polestar, who announced a 65,000 unit deal with the rental agency just months later. The 100,000 vehicle deal was not offered at a discount. However, Hertz has maintained that its adoption of Teslas has resulted in a dramatic spike in interest from renters.

“With respect to EV specifically, over 15,000 Uber drivers to date have rented a Tesla from Hertz, at a minimum rate of $334 per week, comprising over half a million transaction days,” company CEO Stephen Scherr said. “Driver feedback has been positive and they remain drawn to the opportunity as gasoline prices remain elevated and demand for the service among Uber customers is strong. Our Tesla’s enabled Uber drivers could differentiate themselves and to improve upon the quality of their riders experience, and that translates into higher earnings for them.”

Hertz detailed on the call that it has accepted around 20,000 electric vehicles in its fleet since it started taking deliveries of its various EVs. Scherr continued that deliveries are ongoing.

Electric vehicles are most often noted for their drastic reductions in service compared to combustion engine vehicles, which results in more savings over the lifespan of the car due to fewer moving parts. Hertz is learning that lesson pretty easily, according to Scherr, who stated the company is seeing a roughly 50 to 60 percent decrease in maintenance costs:

“On maintenance, I think Kenny said to you, we are running kind of 50% to 60% of what maintenance costs are on ICE vehicles. That’s roughly in line with where we are. If there’s anyone surprised, it’s probably a slightly higher expense on tires, but not much more, and that’s embedded in the figure I’m giving you. So I would say, overall, we are very pleased with the results. They’re coming in roughly in line with what we thought when we first underwrote the move in this strategic direction.”

“As for the primary drivers of the year-on-year increase, we experienced higher cost and transportation and fuel, reflecting the effect of broader inflationary trends as well as in maintenance on order fleet. We expect maintenance expenses to moderate as our fleet continues to grow younger. On the forward, we anticipate additional operating leverage as more expensive third-party labor strategically replaced with Hertz employees and we further reduced maintenance expense as we rejuvenate the fleet and continue to grow our number of EVs.”

Scherr said that customers seem to be more interested in renting Teslas over and over again, which has translated to an increase in repeat clients for the company. “I think we have schooled our customers on how to use them, so much so that I think there’s an embedded tether there,” he said, referring to Tesla’s key card. “They’re coming back to use the car and rent the car more frequently. And I think all of those are expressions of the first mover edge that we have around EVs.”

Consumers may be hesitant to try a new, technologically-advanced product, especially when dealing with a car. However, it seems that once Hertz’s rental clients make the jump to try an EV, they’re much more likely to come back simply because of the ease of access and features.

Company executives also stated that the depreciation of EVs in their rental fleet is moving at a slower pace than its ICE vehicles. Cheung said that the performance of the EV fleet early on has the company “more confident” in the economics of the BEVs compared to their ICE offerings.

This is comparable to the scenario that police departments have when purchasing an EV. Initially, the cost of a quality electric vehicle is somewhat higher than an ICE vehicle. Over time, as fuel costs, maintenance, and other costs pile up, the EVs will be more advantageous to Hertz and other adoptees in the books. The cost of savings is exponentially more in an EV compared to an ICE car. This has been proven on several occasions, including with the Westport, Connecticut Police Department.