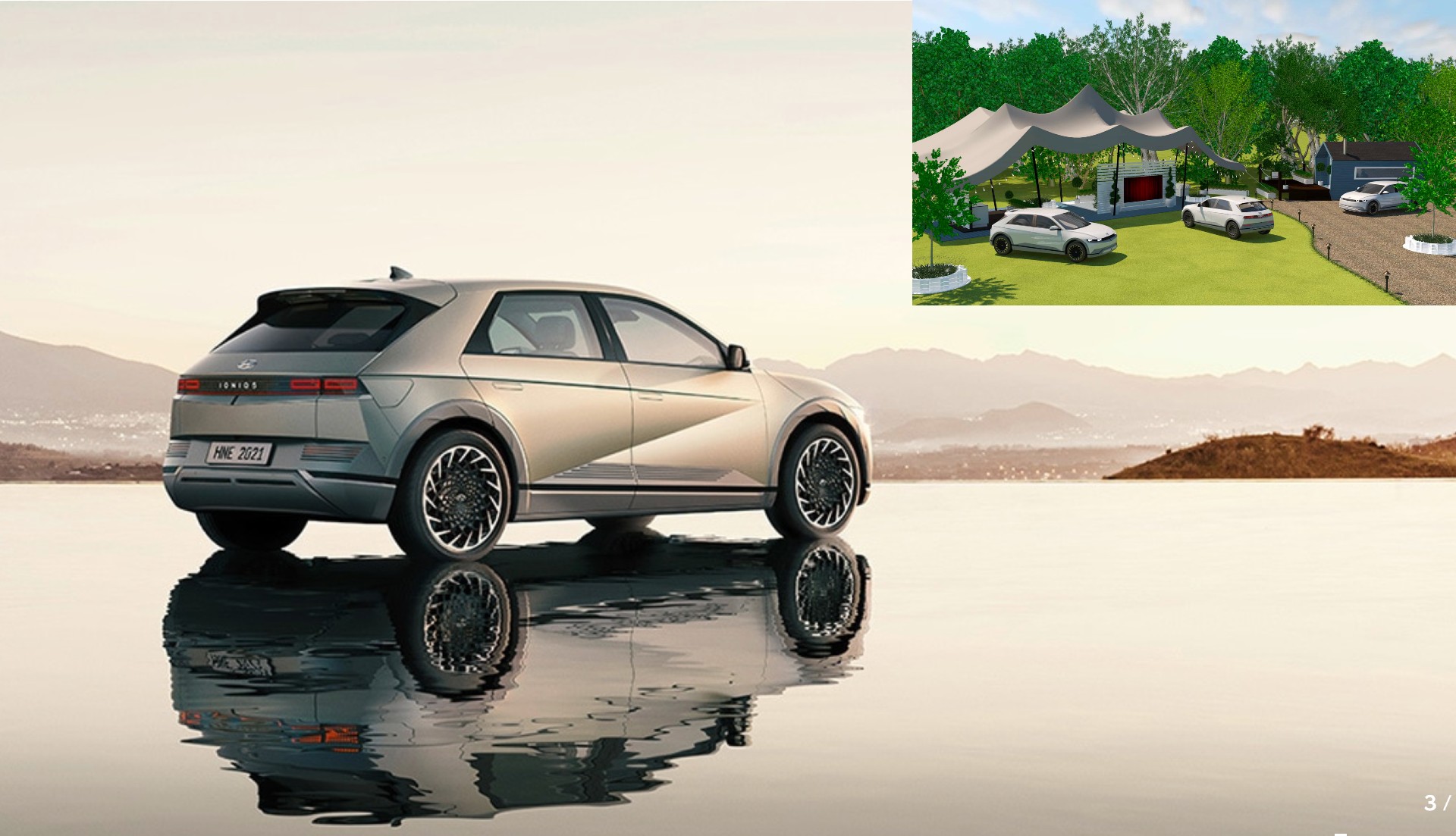 Hyundai opened a hotel powered by its IONIQ 5 all-electric vehicle. The car-powered vacation spot is located in the countryside of the United Kingdom.

Hyundai Hotel is a collaboration between the Korean automaker and broadcast/critic Grace Dent. The hotel will utilize the IONIQ 5’s Vehicle-to-Load (V2L) technology to power the entire facility. The car has a V2L port at its charging port.

The IONIQ 5 has at least two battery options: the Standard-range 58kWh pack and the Long-range 72.6 kWh pack. It is unclear which battery option powers Hyundai Hotel. Hyundai stated that V2L could supply up to 3.6 kW of power. The Korean car manufacturer said the IONIQ 5 could charge high-power electric equipment using a converter. The car can also provide power while it’s turned off.

“We’re looking for unique, memorable stays more now than ever and this is a delicious blend of innovation, luxury and comfort that gets you thinking. With power coming from the car, where could Hotel Hyundai pop-up next?” comments Grace Dent.

The entire concept of the hotel is based on research commissioned by Hyundai. Approximately 2,000 vacationers participated in the research. More than 55% of the participants noted that the cost-of-living crisis made them reevaluate their vacation plans.

About 44% of vacationers in the research said they would likely go on more staycations in 2023 compared to 2022. Around 31% of the participants highlighted that staycations were better for shorter vacations or breaks. Three out of ten vacationers noted that the UK countryside was a good place to enjoy their mini-breaks.

Hotel Hyundai is situated in Essex, an hour away from central London. Its location seems to be ideal for short breaks or mini vacations. The car-powered hotel is centered around a high-end luxury cabin by Colemans Farm. Everything in the cabin is powered by the IONIQ 5’s V2L technology.

“Our award-winning IONIQ 5 is able to power Hotel Hyundai using its V2L feature, where an adapter from the car provides a socket which domestic appliances can be plugged into. The whole experience demonstrates the practicality of this pioneering technology, and we hope the concept inspires more people to go off grid,” said Hyundai Motor UK’s Managing Director Ashley Andrew.

Hotel Hyundai is operational for only 14 nights between October 19 and November 5. It will be open from Wednesday to Sunday. People interested in staying at the hotel have a chance to win a stay at the car-powered hotel through:  www.kiphideaways.com/hideaways/hotel-hyundai. The competition will run from October 6 to October 19.

For those who don’t get a chance to stay at Hotel Hyundai, there might be hope in the future. The car-powered hotel might pop up somewhere else in the future.

“I hope this three-week pop-up hotel is just the start for this concept of a car plugging in and powering a luxury experience like this. I’m predicting that guests will be hoping that his amazing hotel and the full experience it offers might be here again in 2023,” teased Dent.