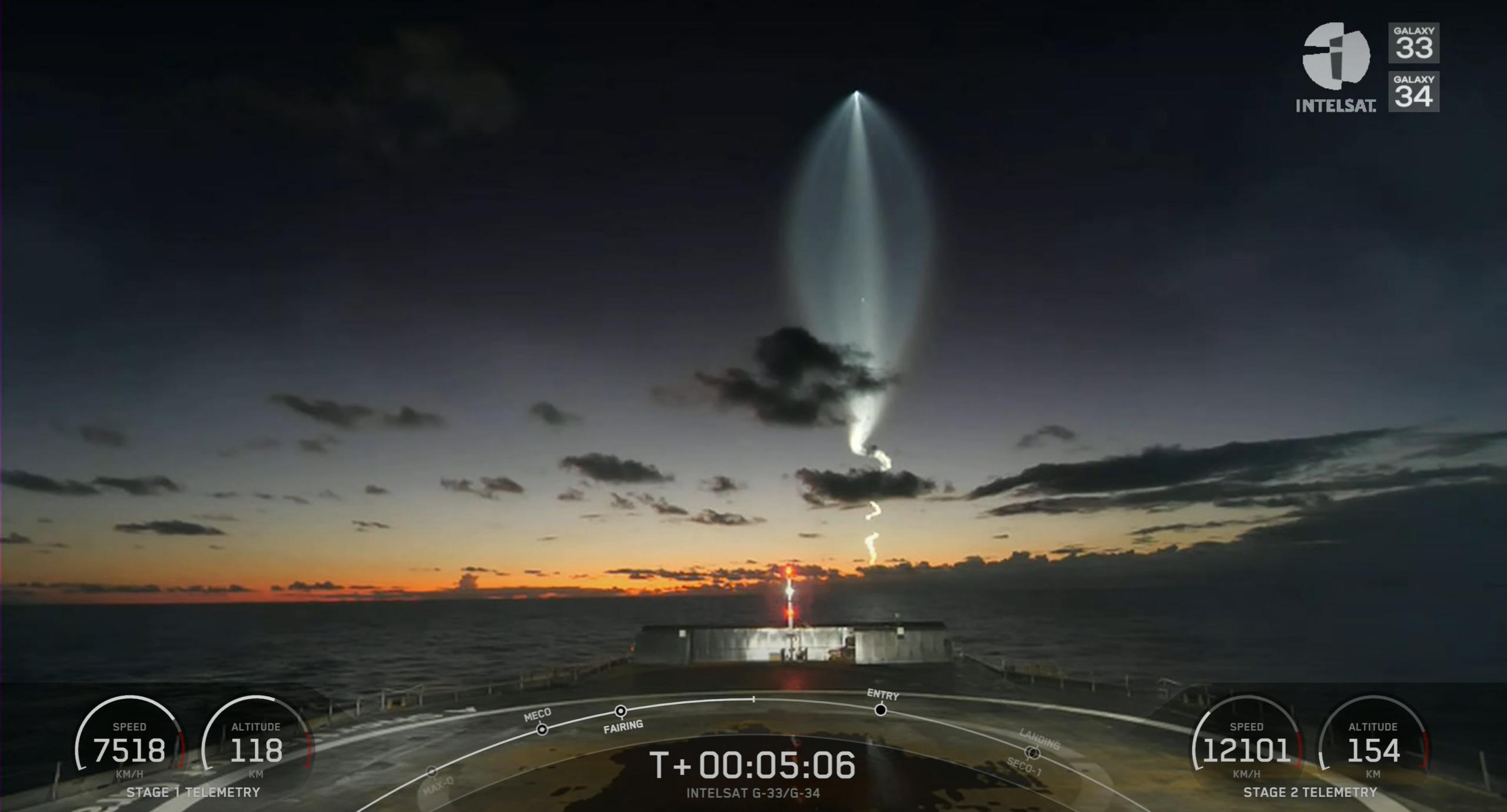 Following a rare two-day technical delay that ended an opportunity for SpaceX to break a significant record, the company still managed to put on a show with its third Falcon 9 launch in three days and seven hours.

Thanks to a coincidental alignment of orbital mechanics, Falcon 9’s third launch last week lifted off from Cape Canaveral Space Force Station (CCSFS) at 7:05 pm EDT on Saturday, October 5th – five minutes after sunset. The rocket headed east, deeper into twilight, but gained altitude and quickly climbed back into direct sunlight as it ascended toward space. Against the dimming sky, the plumes of exhaust produced by Falcon 9’s booster and upper stage lit up like a neon sign, producing a view that – while rare – has become more and more common alongside SpaceX’s growing launch cadence.

Reminiscent of a giant nebula, jellyfish, or bioluminescent creature, among other things, the light show is produced dozens to hundreds of miles above Earth’s surface and is visible for hundreds of miles in any direction of the launch. Saturday’s ‘nebula’ was about as bright as they come and just as striking.

What made this one noteworthy was a new view streamed live from the deck of SpaceX’s drone ship A Shortfall of Gravitas (ASOG), which was stationed in the Atlantic Ocean about 650 kilometers (~400 mi) off the coast of Florida. Intentionally or not, a camera normally used to capture live views of Falcon boosters landing on ASOG’s deck was pointed in the perfect direction to capture the nebula from a unique angle – essentially sitting in the bullseye of the rocket’s cosmic dart board.

Unlike all other orbital-class rockets, that bullseye is literal for Falcon 9’s booster. Nine minutes after liftoff, the nebula’s snake-like tail was still easily visible after booster B1060 touched down on the drone ship’s deck, backed by the light show it had just created.

About half an hour after that, Falcon 9’s orbital upper stage successfully deployed Intelsat’s Galaxy 33 and Galaxy 34 geostationary communications satellites. The pair reportedly weighed around 7.3 tons (~16,000 lb), making it one of the heaviest geostationary payloads SpaceX has ever launched. That high mass and Falcon 9’s booster recovery limited the rocket’s performance, so the satellites were inserted into an elliptical geostationary transfer orbit (GTO) with one end around 300 kilometers (~185 mi) up and the other about 20,000 kilometers (~12,400 mi) above Earth’s surface.

The satellites will have to use onboard thrusters and propellant to climb the rest of the way into circular 35,800 km (22,250 mi) orbits, where their orbital velocity will exactly match Earth’s rotation so they can hover over their region of choice. In this case, both satellites will deliver satellite TV service throughout the United States.