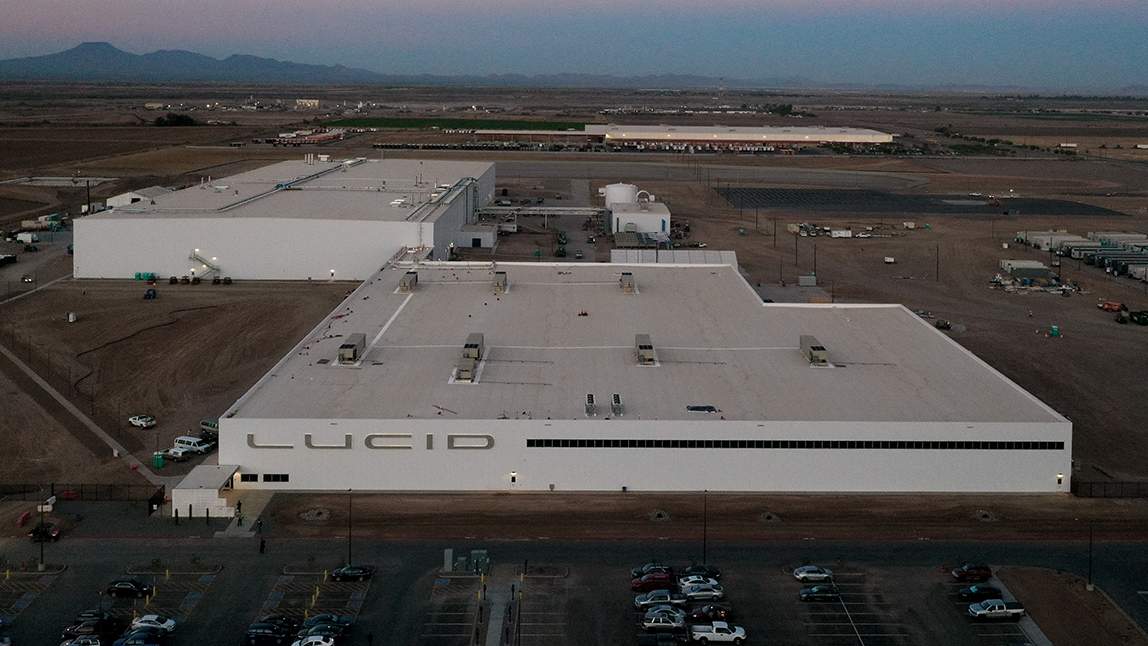 Lucid Motors has received approval from the Casa Grande City Council to begin the construction of the Phase 2 portion of its new electric vehicle manufacturing facility.

Lucid, an electric vehicle company based out of Newark, California, has been preparing for the initial production phases of the Lucid Air, the company’s first production vehicle. The EV will be built at the company’s Casa Grande, Arizona factory, which has been under construction since December 2019. The first phase was completed on December 1st, 2020, and is capable of delivering up to 30,000 vehicles annually. However, the company has planned an expansion since before the initial groundbreaking took place several winters ago.

After applying for an expansion, known as Phase 2, Casa Grande’s City Council approved the project on March 4th, which will ultimately see an expansion of 2,400,000 square feet.

The application for the site describes the project in detail:

“Lucid Motors, Inc. is planning to develop Phase 2 of a car manufacturing facility within the city of Casa Grande at the Southwest corner of Peters Road and Thorton Road. The proposed development encompasses ±500 acres of land in a portion of Section 36, Township 6, Range 5E, relative to the Gila and Salt River Base Line and Meridian in the City of Casa Grande, Arizona. More specifically, the disturbed area of the parcel is bounded by Phase 1 of the developed site immediately to the north, and underdeveloped land to the East, South, and West. In Phase 2, Lucid Motors is proposing to construct an approximate 2,400,000 SF of mechanical/industrial building space and approximately 3,000 parking spaces on approximately 152.36 acres. This plan set is to provide direction on the Phase 2 construction activities.

According to documents obtained by Teslarati, the Phase 2 expansion will consist of the following facilities:

Kimley-Horn Planning and Design Engineering Consultants is listed as the acting Civil Engineer and Landscape Architect.

The project was approved conditionally on March 4th, 2021, with the Planning Commission requesting that Lucid perform the following revisions to the project before it will be allowed to break ground:

Lucid details that the Phase 2 portion of its facility should begin later this year, “enabling production of Project Gravity, our premier SUV.” Recently, Lucid announced that it would delay the production of the Air until the second half of this year, Bloomberg reported initially. With the new Phase 2 beginning construction later this year, it plans to have a manufacturing capacity that will be “up to 400,000 annually,” the company said.

Recently, it was announced that Lucid had reached a merger agreement with Churchill Capital, a Special Purpose Acquisition Company (SPAC) that will take the electric automaker public.

The details of Lucid’s Phase 2 buildout are available below.