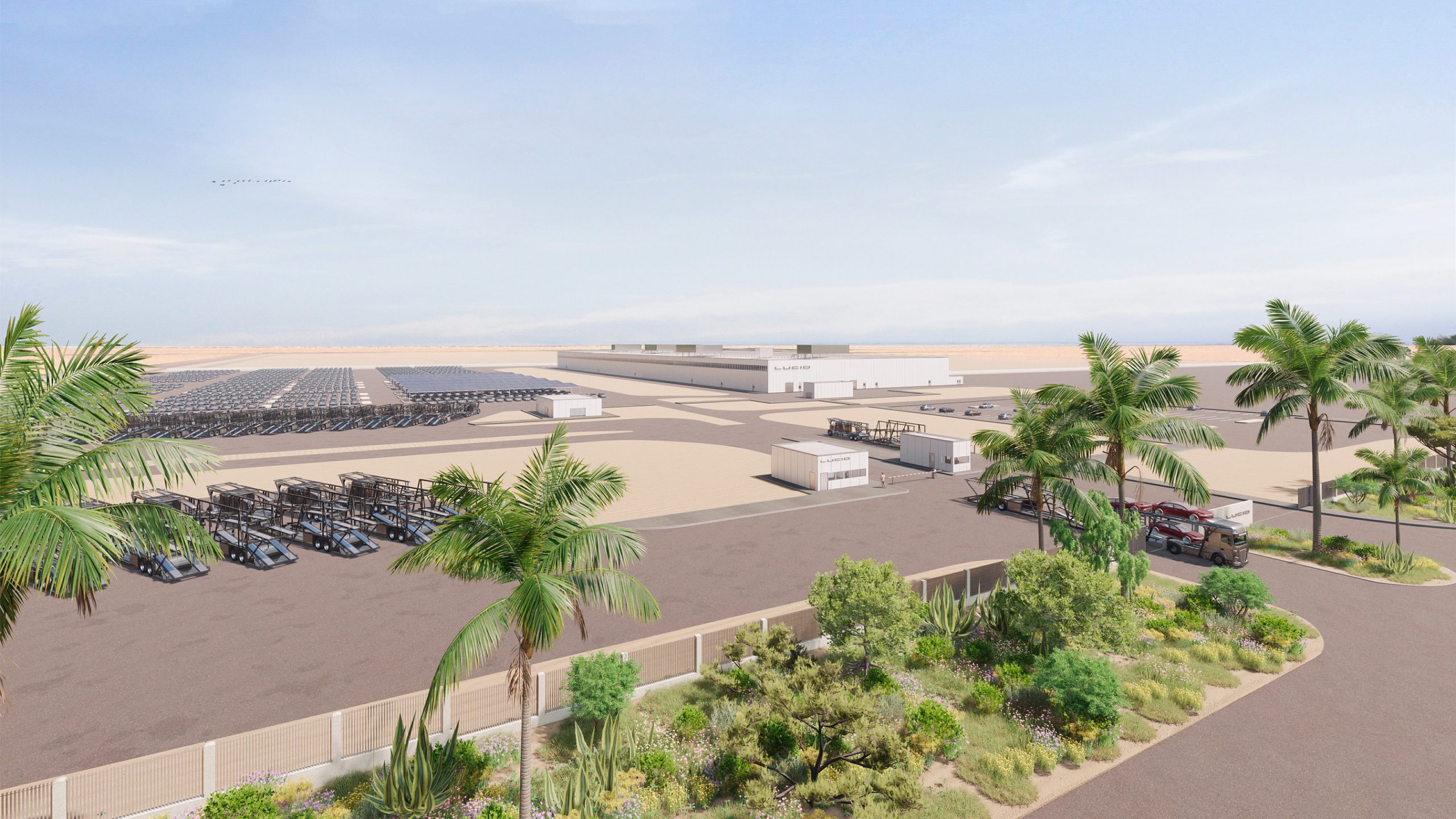 Lucid Motors announced signed agreements that set the stage for the construction of AMP-2, a world-class Lucid production factory in Saudi Arabia with a capacity of 155,000 electric vehicles. These agreements are estimated to provide financing and incentives to Lucid up to $3.4 billion in aggregate over the next 15 years to build and operate a manufacturing facility in Saudi Arabia.

Lucid Group announced today that it has signed a contract with several Saudi Arabian government agencies that locks in plans for a production facility with an annual capacity of 155,000 units.

Lucid announced it had officially signed agreements with the Ministry of Investment of Saudi Arabia (“MISA”), the Saudi Industrial Development Fund (“SIDF”), Emaar, The Economic City, at King Abdullah Economic City (“KAEC”), and Gulf International Bank (“GIB”). The signatures were marked at a ceremonial signing event to officially confirm Lucid and Saudi’s agreement to partner in EV manufacturing, a deal originally agreed upon in February.

The agreements not only solidify the plans for the manufacturing plant, which is Lucid’s first outside of the United States, but also locks in funding, financing, and incentive plans to make the project possible. Lucid Group will receive up to $3.4 billion in aggregate over the next 15 years to build the facility in Saudi Arabia, it said.

In late February, Lucid said that it would build its first international production facility in Saudi Arabia. “Lucid aspires to be a catalyst for change wherever we go, so it makes perfect sense that we are bringing electric vehicles to one of the world’s biggest oil-producing nations,” CEO Peter Rawlinson said at the time. Establishing a global manufacturing footprint is a practical, natural step and enables us to grow our brand, scale our business, and address worldwide and untapped market demand on an entirely new level, while also taking action to address climate change through inspiring sustainable transportation.” Initial projections estimated Lucid would build 150,000 vehicles every year at the plant. That target has been moved up to 155,000 per year.

Lucid said it plans to begin construction of the factory at the tail end of the first half of 2022.

The two entities also entered a recent agreement that would see Lucid supply the Saudi Arabian government with up to 100,000 EVs over ten years. The deal will start with an initial commitment of at least 50,000 vehicles. The Saudi Arabian government will then have the option to purchase an additional 50,000 cars. Order quantity is expected to range from 1,000 to 2,000 vehicles annually at first, with increases to between 4,000 and 7,000 cars by 2025. The automaker said that delivery will commence no later than the second quarter of 2023, with vehicles being built at both the AMP-1 facility in Arizona and the future manufacturing facility in Saudi Arabia.

Rawlinson said the deal marks a groundbreaking partnership between Saudi Arabia and a sustainable energy company, as the country continues to move forward with its climate goals. “This signing ceremony marks yet another step forward in the realization of Lucid’s mission to inspire the adoption of sustainable energy, and I’m delighted this brand-new manufacturing facility will come to fruition here in Saudi Arabia,” Rawlinson said. “I am truly delighted to partner with PIF, our signing partners, and the Government of Saudi Arabia in advancing our shared vision of global sustainability.”