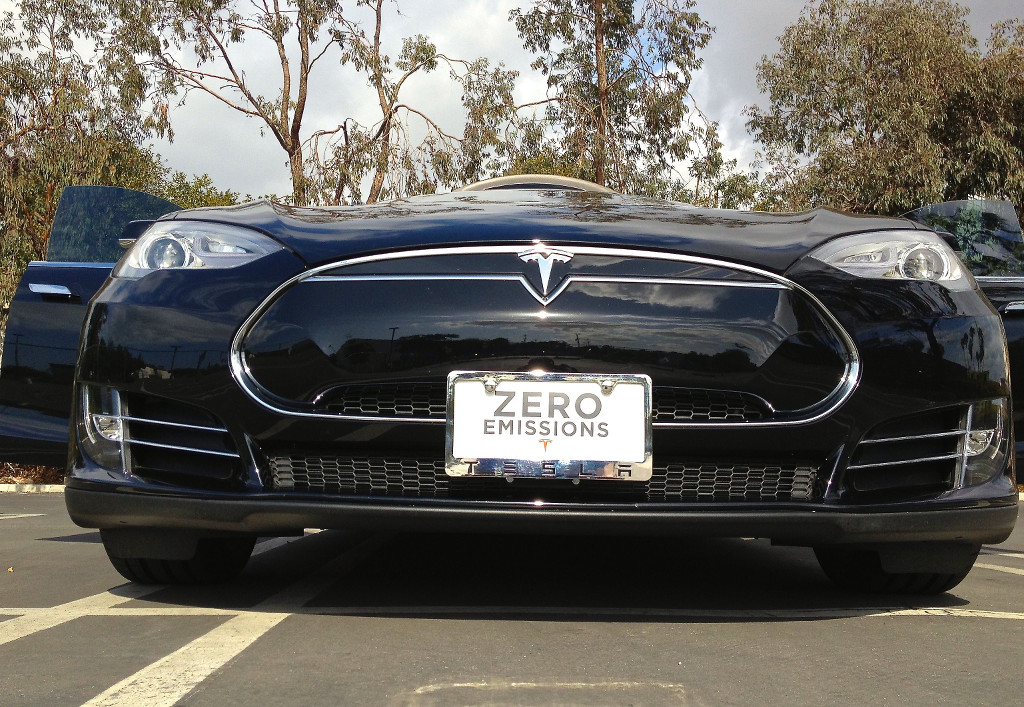 Tesla Motors seems to have made the front license plate an afterthought since they didn’t consider integrating a mounting location for it on the Model S. Their solution is a plastic bracket that requires drilling into the front “nose cone” as a way to mount the bracket. Many people find the act of drilling into the car unnerving so several third party mounting solutions have been invented to address this need. Before delivery I wanted to understand what methodology other Model S owners took to install their front license plates so I put out a poll on the TMC forum. The results of the poll were quite interesting as 48% of Model S owners decided to take a chance with the law by forgoing installation of the front plate. The second most popular choice is the standard Tesla mount, with 19% of respondents choosing to drill into the Model S nose cone.

For now, I’m taking my chances and opting not to install the front license plate, but if I should ever need to one day, I’ll use the zip tie approach since its cheap, completely reversible and an easy do-it-yourself project.