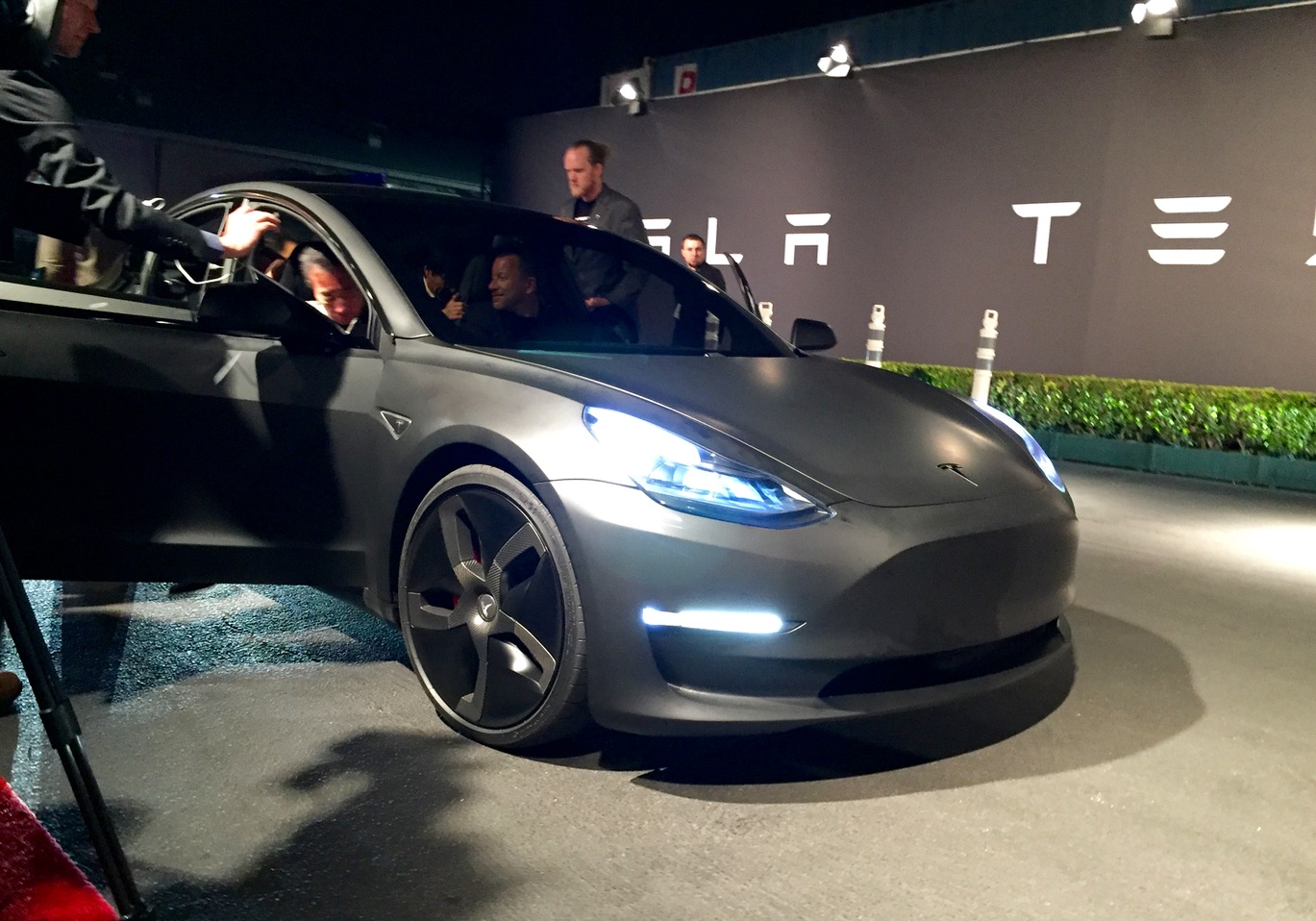 Tesla Model 3 will have rear wheel drive (RWD) as standard feature with the option to upgrade to a dual motor all wheel drive configuration.

In a surprise flurry of Twitter replies late Sunday afternoon, Musk revealed additional details about the drivetrain for the upcoming Model 3. The $35,000 base version of the vehicle will have a standard RWD configuration while those that seek additional performance and an improvement in range will be given the option to upgrade to Tesla’s dual motor all wheel drive set up: standard feature found on the Model S and Model X.

Model 3 will be RWD, with dual motor AWD optional. Even RWD will have great traction on ice due to fast torque response of Tesla drivetrain.

Tesla’s all wheel drive configuration was first announced back in 2014 when Musk revealed the “D” option for the Model S. The two-motor layout would provide increased efficiency despite the increased weight from the additional front-mounted motor, by allowing each motor to run independently of one another in its most energy efficient torque and RPM state. According to Musk from the D event, “Because we have two drive units, where we can shift the power from front to rear, and constantly be at the optimal efficiency point for each motor … we’re actually able to overcome the penalty of the increased mass of the motor.”

Having RWD as a standard feature on the Tesla Model 3 make sense both from a production efficiency standpoint as well as one from the consumer side. By eliminating the need to assemble an additional front-mounted motor, Tesla is able to simplify the amount of wiring and components needed for the production of each Model 3. This is undoubtedly something Musk will be thinking about especially given the huge success of the Model 3 based on the large number of reservations made worldwide in just the first two days. In order to meet the higher than anticipated demand for the Model 3,  Musk took to Twitter to announce, “Definitely need to rethink production planning …” Despite the touted performance and range improvements from a dual motor configuration, the question remains whether first-time Model 3 buyers – many of which have waited years for the chance to purchase an affordable Tesla at $35,000 – will remain price conscious and stick to the standard rear wheel drive offering, or make a financial stretch and upgrade to an all wheel drive version of the Model 3.

Check out our ride in an all wheel drive dual motor Tesla Model 3 from the unveiling event.