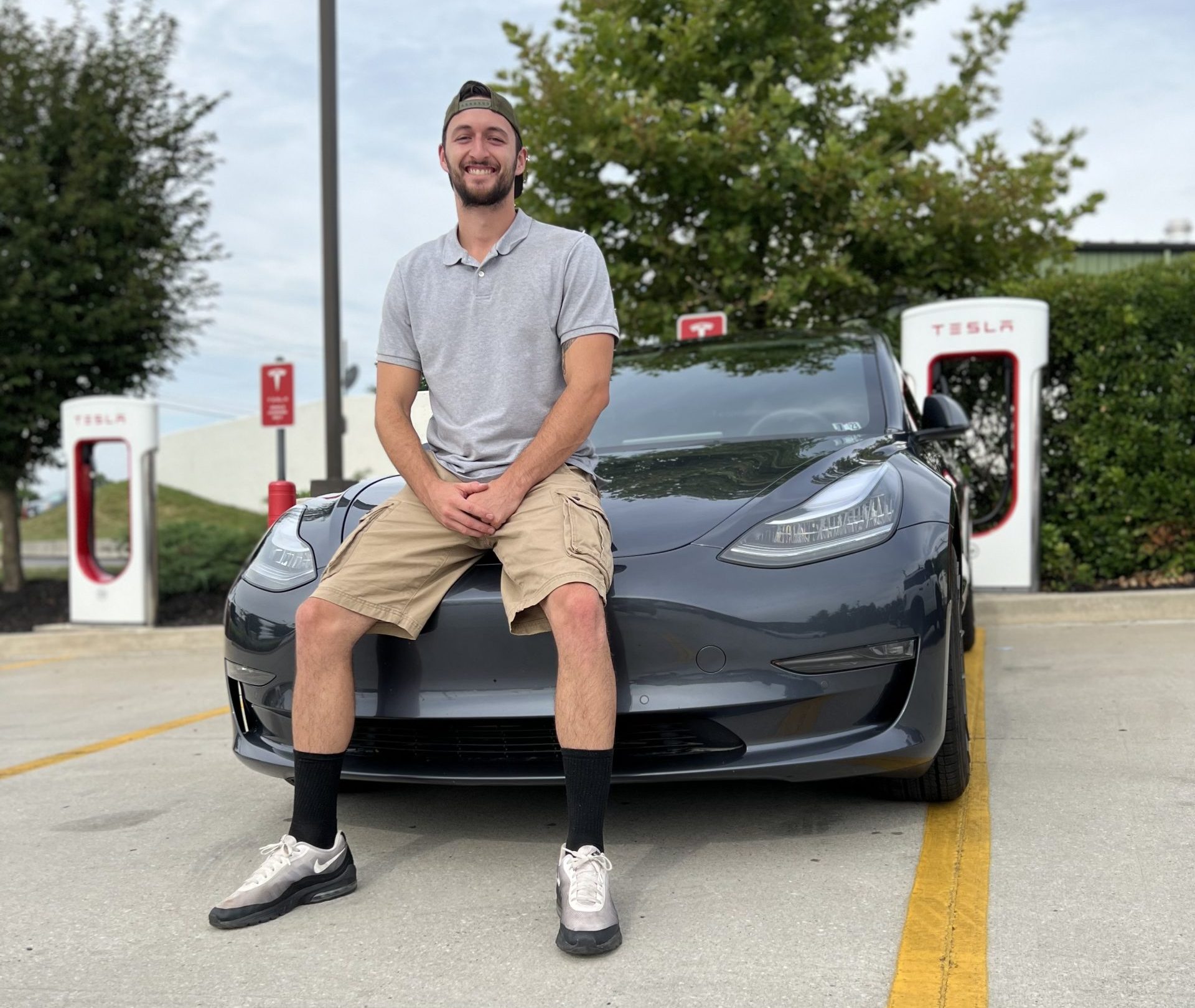 My Friend has had 34 Cars. He’s only kept his Tesla Model 3.

My friend Travis has had 34 cars in 11 years of having a license. A Tesla Model 3 is the only one he has kept in his driveway for more than a few months. He’s now going on his fifth year of Tesla ownership.

In 2018, we were playing Xbox together when told me he was buying a Tesla Model 3. In the four years since, he has had numerous vehicles, from Jeeps to pickup trucks, to performance vehicles, to muscle cars.

“I have owned 34 vehicles. There have only been two vehicles I have kept for a decent amount of time,” he told me. “My first car was a Nissan Sentra, and my 2018 Tesla Model 3. I kept the Nissan for 2 years and the Tesla I had for four years. There have been many vehicles that I have purchased and sold in a short period of time. I have sold 3 vehicles before even getting them registered and getting a new title, so they were bought by me and sold by me within 4 days to 15 days.”

Our friendship has spanned many years. We grew up playing Little League together, and we eventually went from teammates to rivals competing for different high schools on the soccer field. Now that we’re both out of the military for him and college for me, we have transitioned to golf and we spend many weekends on the course together with other friends.

The Tesla always comes up in conversation.

It only occurred to me recently that Trav gets rid of cars like I do socks. In fact, just four weekends ago, I met up with him for an early round of golf on a beautiful Sunday morning. He shows up in this red Corvette I’ve never seen and tells me he just picked it up from a man in Annapolis the previous day.

Fast-forward to last weekend: Travis sends me a Snapchat of the Corvette driving down the street. He had just sold it to someone else. He just loves driving different cars.

But the Tesla is a different story. Only getting a new Tesla because of the used car market right now, Travis has kept a Model 3 in his driveway for four years; a significantly longer period of time than any other car previously.

“One reason is the cost of ownership alone,” he said. “You save so much money in the Tesla. After four years of ownership, I never visited a service center, and the only maintenance I did was windshield washer fluid and two sets of tires in 92,000 miles. The App is super convenient for so many reasons. Being able to see where the car is parked in the middle of a city or a busy parking lot makes it very easy to find. Also, being able to heat the car or cool the car with the touch of one button on your phone is super nice, as well as venting the windows on a hot day.”

Travis traded in the 2018 LR AWD Model 3 earlier this year and picked up a 2022 Midnight Silver Metallic version in the same configuration.

“The only reason I traded my old Model 3 was just that the used car market is high right now,” he said. “If the market for used cars wasn’t so high, I would have kept it. I bought a 2022 Tesla Model 3 and picked a different color just to have some change. I always said I would never sell my Tesla unless it was for a newer one that was either faster, had more range, or someone was willing to pay a lot for it, and that’s what I did.”

As a realtor selling houses in our home state of Pennsylvania and in nearby Maryland, one of the biggest advantages of having the car is not having to spend money on gas. Prices in the U.S. are incredibly high, and in PA, they reached $5 a gallon for the first time in our lifetime. Even back in 2018, he was spending considerably less than others.

When Travis got out of the Air Force a few years ago and moved back to PA, he drove the Tesla here. “I drove my Model 3 from Colorado to Pennsylvania and spent $47 at Superchargers along the way. My friend making the same trip spent $527 on gas.”

Now that he’s a relator and is driving around for open houses or to close a deal, the savings alone are making his job even easier and less financially stressful.

As for other drivers, Trav says an EV is absolutely the best option for those who are in the market for a new car. “I ABSOLUTELY would encourage others to purchase an EV. The best part about all the trips I have taken: to Maine, to Tennessee, and to the beach, is I do not even plan the trip out. I just get in my Model 3 and put the address in, and start driving. The screen tells me where to stop to charge, which normally is no more than a half mile out of the way.”

As for those who are skeptical of whether the Model 3 will stick around in Trav’s repertoire, I wouldn’t count on it going anywhere anytime soon. “I will always have one,” he said.

My Friend has had 34 Cars. He’s only kept his Tesla Model 3.