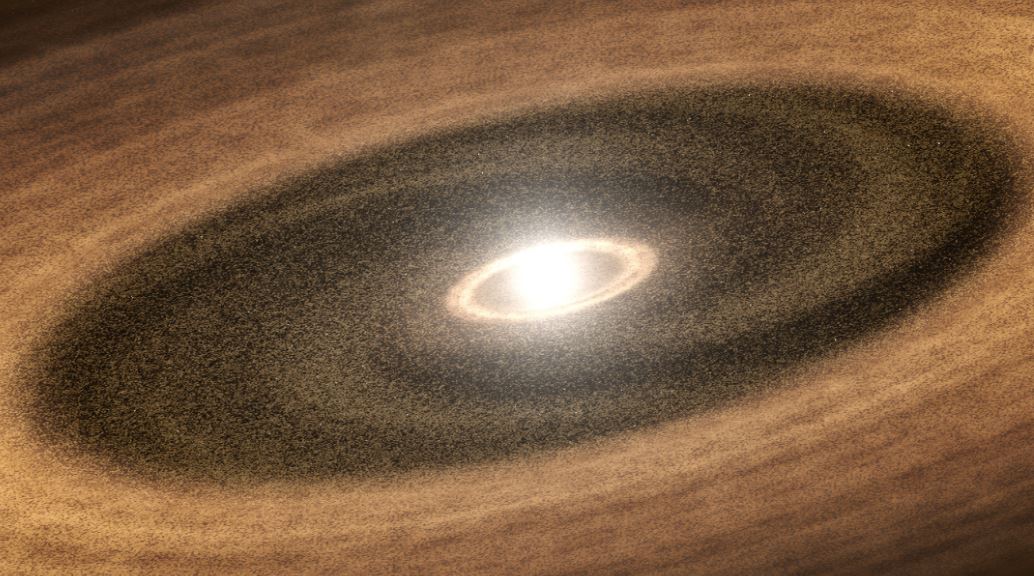 NASA lab confirms DNA sugar can be made in space, adding evidence that ‘life’ could be all over the universe

NASA researchers at the Ames’ Astrophysics and Astrochemistry Lab in Mountain View, California have provided the first experimental evidence demonstrating that the sugar in DNA – 2-deoxyribose – can be formed in interstellar space. In their study published on December 18, 2018 in the journal Nature Communications, Michel Nuevo, George Cooper, and Scott Sandford combined organic compounds, water vapor, and light – all elements present in interstellar space – inside a vacuum chamber mimicking the cosmic environment and observed the results. Along with the DNA sugar, a variety of other sugar derivatives were found to have been created. This discovery is more evidence that the chemical building blocks of life could be common all over the universe, seeding other planets as they did Earth in the ancient past.

One of the biggest questions science is constantly pursuing is whether we are alone in the universe, a research endeavor that takes many paths. Astrophysicist Carl Sagan is famously quoted often, saying, “The nitrogen in our DNA, the calcium in our teeth, the iron in our blood, the carbon in our apple pies were made in the interiors of collapsing stars. We are made of star stuff.” It meant that the universe is filled with the building blocks of life, thus the pursuit to find out how those building blocks combine to actually form life is an endeavor with the farthest reaching implications. Scott Sandford, one of the study’s researchers, added to this in reference to his own team’s experiment, saying, “The universe is an organic chemist. It has big beakers and lots of time – and the result is a lot of organic material, some of which is useful to life.”

To make their discovery, the Ames team cooled an aluminum substance to near absolute zero inside a vacuum chamber (since space is a vacuum), and added a mixture of water vapor and methanol gas before exposing it to ultraviolet light and heat, fully mimicking the interstellar environment. The space between stars is filled with dust and gases and is constantly subjected to light particles bombarding in from every radiation-emitting source around it. The experiment was designed to help answer the question of whether the space environment itself can make the compounds essential to life rather than just the single-elemental building blocks. Another team of researchers in France previously discovered the creation of ribose – the sugar in RNA, a possible precursor to DNA – in an experiment similar to the current study, setting the stage for the team’s further findings.

A growing number of organic compounds have been found on meteorites over the years including carbon, hydrogen, oxygen, nitrogen, and sulphur. Despite the actively changing geography of Earth complicating the discovery of remnants from its very early days, scientists have been able to find and study things like carbonaceous chondrites, meteorites originating from asteroids as old as our solar system. This research has made it possible to analyze how planets have formed and evolved over billions of years. Combining this type of research along with other work demonstrating that meteorites in general contain the building blocks of life and travel throughout the galaxies of the universe, the expanding number of exoplanets being found could imply even more significant possibilities.

Exoplanets, i.e., planets that orbit stars other than our own, are being discovered on a regular basis as data from prior and current observatory and telescope missions is reviewed. Over the last 20 years since “planet hunting” really got started, over 3800 exoplanets have been confirmed with around 2900 more awaiting confirmation. By observing the amount of light a distant star dims over period of time, scientists can determine whether there is a planet orbiting it, its size, distance from its star, and the colors missing in the planets’ atmosphere light spectrum which tell what chemicals are present, such as oxygen, carbon dioxide, nitrogen, and so forth. After analyzing all of these things, it can be predicted whether an exoplanet may be Earth-like and whether it’s in what’s called the “Goldilocks Zone”, or position where life as we know it might have the right conditions to evolve.

That may seem like a lot of conditions to meet, but it’s estimated that around 20-50 percent of the stars in our night sky may have small, rocky planets in their stars’ habitable zones. As more is learned about planet formation, that number may be revised up or down. Thus far, one planetary system has been studied extensively that has planets somewhat similar to Earth: TRAPPIST-1. It’s comprised of an ultra-cool dwarf star with 7 rocky worlds orbiting it, all of them potentially having water, some more than Earth. Considering the growing evidence that the seeds for life to evolve are prominently distributed and created throughout space with the number of potentially Earth-like planets being discovered, we may have some exciting news from the interstellar world in the near future.

NASA lab confirms DNA sugar can be made in space, adding evidence that ‘life’ could be all over the universe