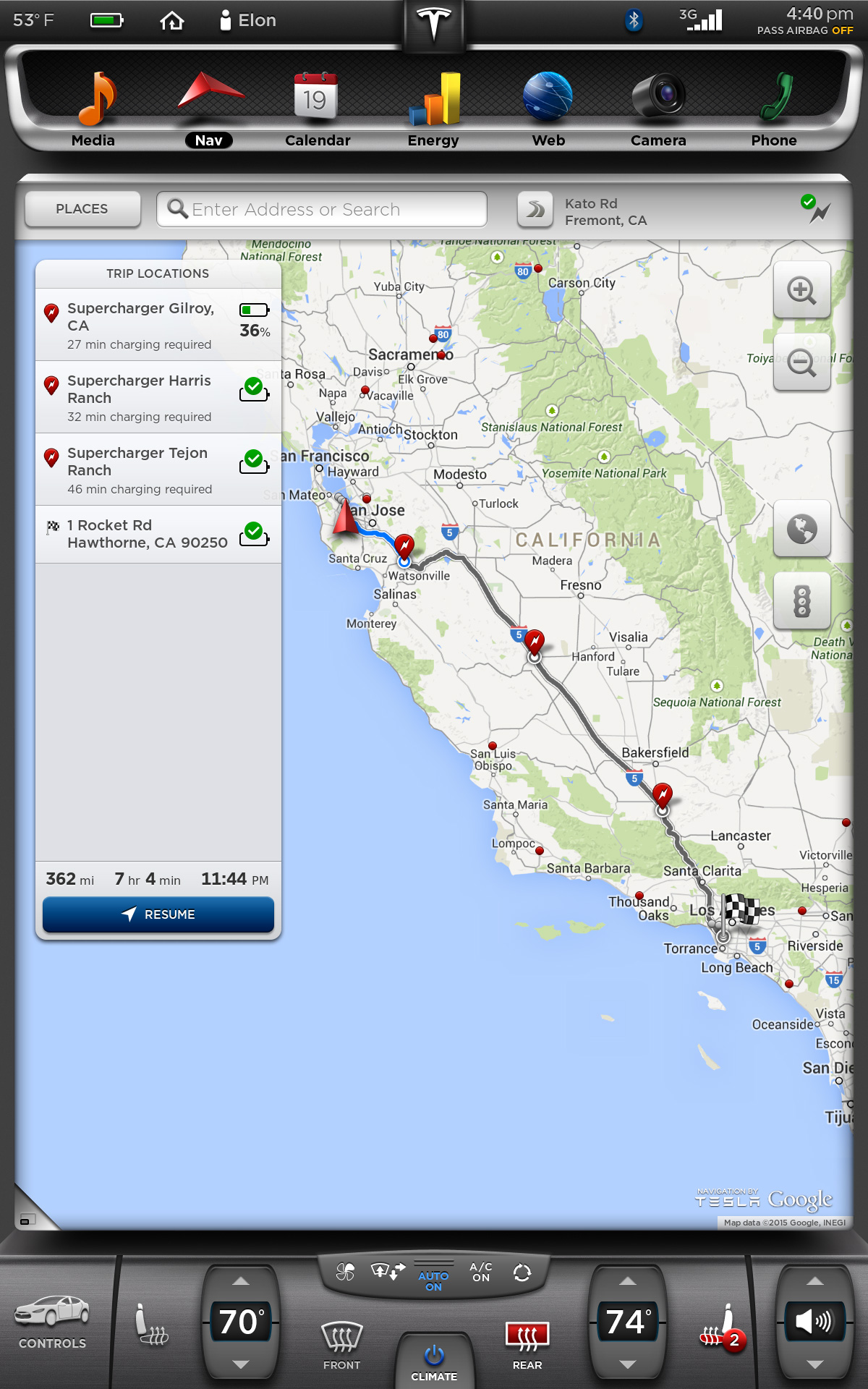 Elon Musk just finished his press conference and the big reveal was a “range assurance application” that continuously talks to multiple superchargers and knows their use status at all times. No huge surprise was provided in terms of any “found” range via the car’s power electronics and, overall, seemed to be the debut of a more formal PR process from the Silicon Valley automaker.

This new range-assurance feature will also take into into account of weather conditions and topography, something discussed in a recent post on Teslarati. According to Musk, the “car looks up a real-time list of superchargers every 30 seconds and communicates with possible Tesla superchargers.”

It will also provide alerts to drivers and alleviate any range anxiety. Musk adds the feature will make it nearly impossible to run out of range. This will be part of the 6.2 software update, to be released in approximately ten days.

@ElonMusk: Model S is computer on wheels. It’s now normal to expect your tech to improve. That’s the same with the Model S. @aminorjourney