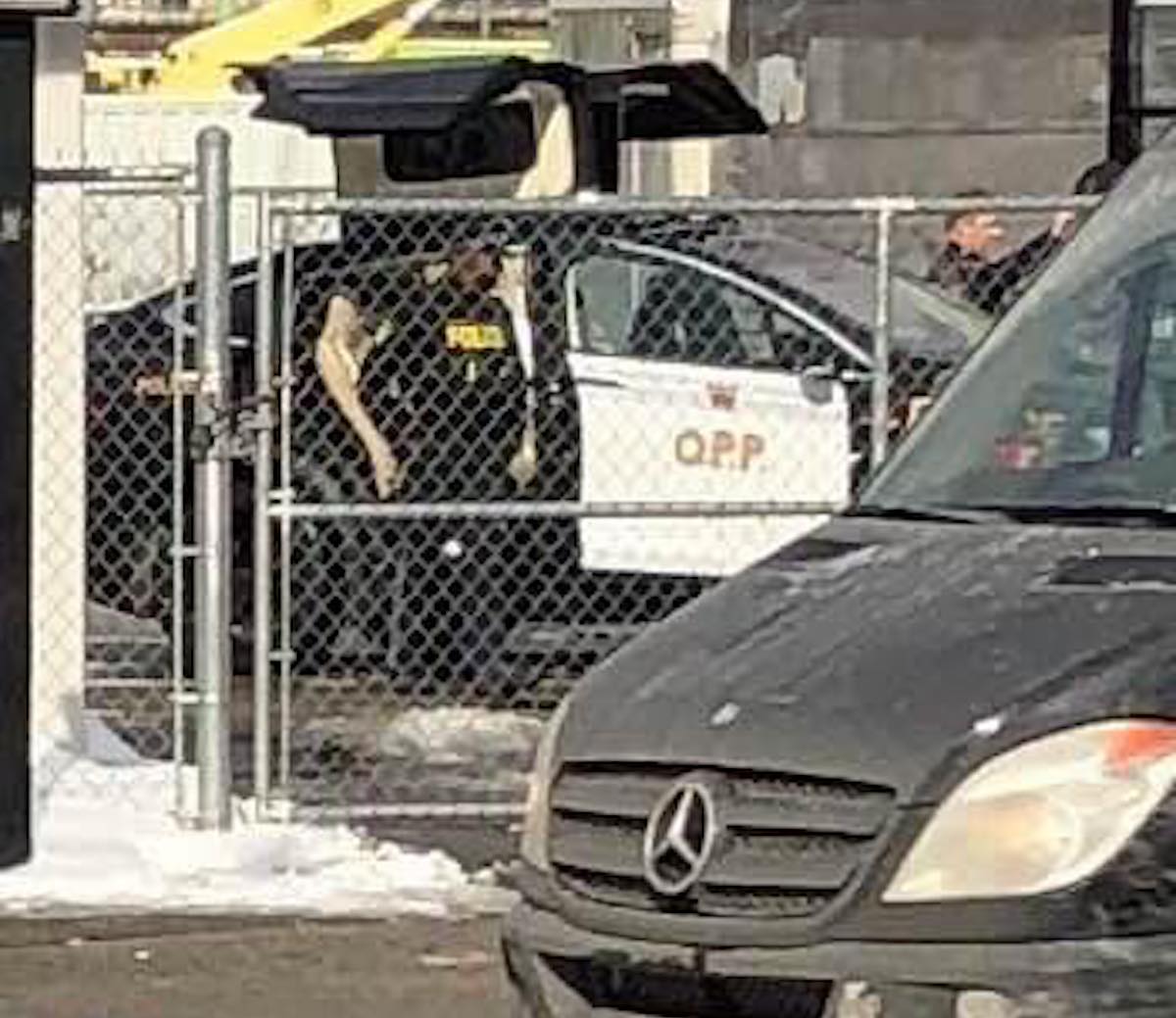 If a recently leaked photo is any indication, the Ontario Provincial Police (OPP) will soon unveil a Tesla Model X cruiser.

The new police vehicle started making rounds on social media yesterday, with the OPP’s Sgt. Kerry Schmidt posting an image of the covered car on his official Facebook page. The police sergeant further teased that the vehicle in his post would be featured in the upcoming Official Canadian International Auto Show, which will run from February 16-25.

Other images of the covered (and eventually, partially uncovered) police vehicle were shared on the Ontario Provincial Police’s Facebook page, where it received an excited reaction from the agency’s followers on the social media platform. While the law enforcement branch has not revealed the vehicle as of date, a Tesla-themed page on Facebook, recently uploaded a picture of what is clearly a Model X SUV painted in the OPP’s signature black and white colors. While the image was taken from a distance, the unmistakable Falcon Wing doors pretty much give the vehicle away. 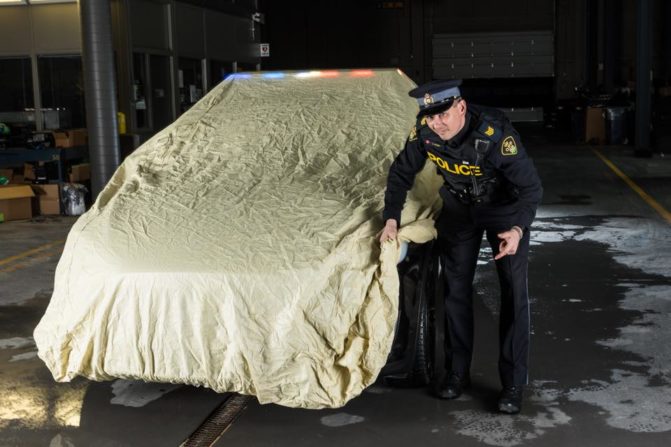 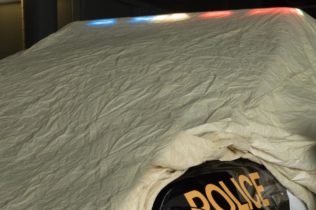 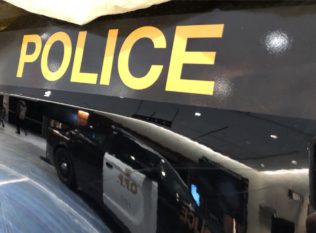 In a number of ways, the OPP’s choice of vehicle is quite interesting. While a Model X is being used as an emergency response vehicle by a private firefighting team in Lviv, Ukraine, the OPP’s Model X appears to be the first time that the electric SUV will be used as an actual police car. After all, law enforcement agencies in the past have opted to use the Model S, the X’s full-sized sedan sibling, instead. 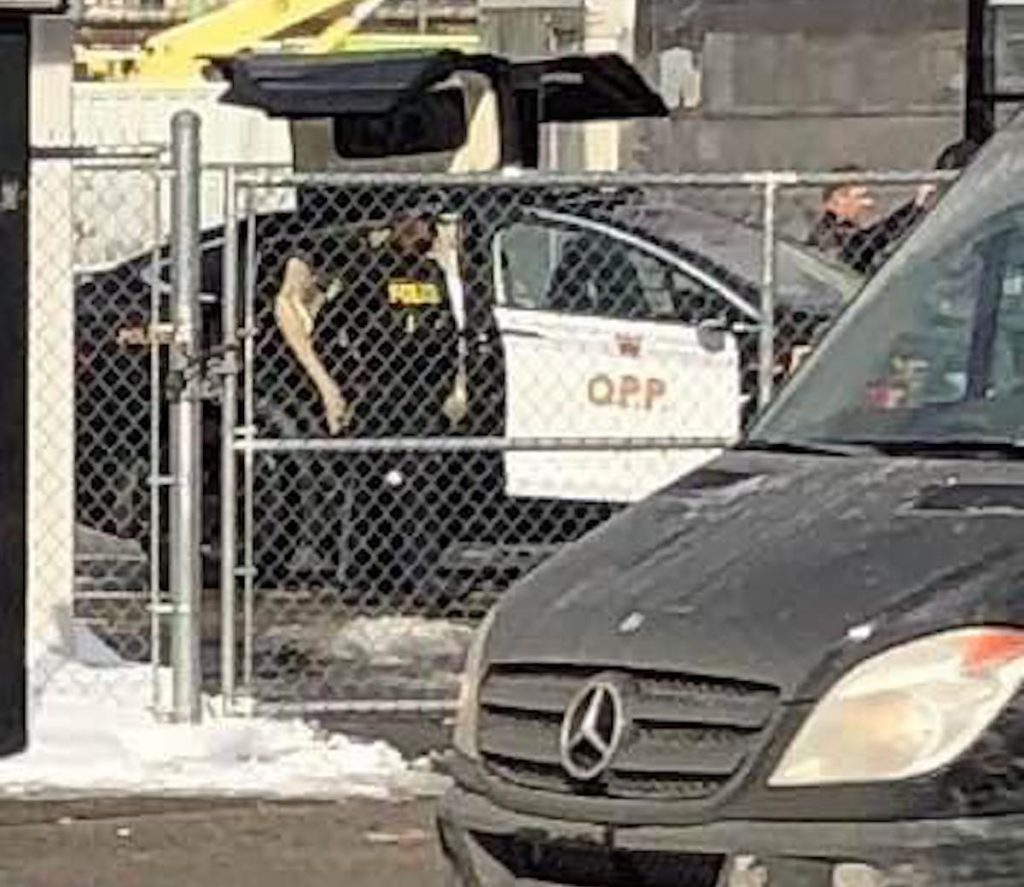 Back in 2015, Los Angeles Mayor Eric Garcetti announced that the LAPD would be leasing and testing electric vehicles to see if the cars could be a part of its active fleet. During that time, the LAPD used two Model S P85D pursuit vehicles as a testbed for its electric car initiative. While the Model S P85D met the LAPD’s needs in terms of range and raw performance, the vehicle’s steep price tag was largely seen as a detrimental factor by the law enforcement branch. The Denver PD also unveiled its own Model S police car, though instead of being used as a pursuit vehicle, it was primarily used for community outreach events.

Overseas, the Tesla Model S is also being used to aid law enforcement agencies. As we noted in a previous report, Luxembourg’s Grand Ducale will be deploying two Model S police cruisers soon. The two orange-and-white cruisers are already customized for use by Luxembourg police, though the vehicles are still waiting to pass the regulations of Technischer Überwachungsverein (TÜV), a German firm that conducts certification services. Once the electric police cruiser meets the standards of the TUV, the Luxembourg police will deploy the Teslas into active service.