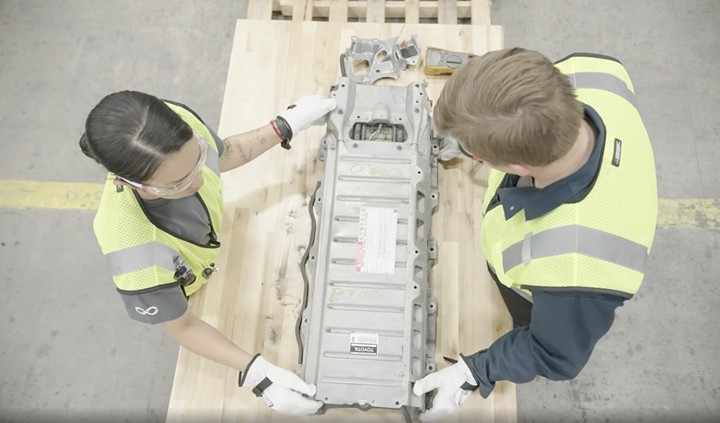 Redwood Materials and Toyota announced today that they have entered a collaboration with Toyota Motor North America to create a “battery ecosystem across their lineup of electrified vehicles that encompasses all steps for full circularity.”

The partnership will be based out of Redwood’s Northern Nevada Battery Materials Campus, where the companies will work together to collect, remanufacture, and recycle electric vehicle batteries from Toyota’s lineup. The partnership will hopefully create a closed-loop solution for batteries.

Initially, Toyota and Redwood will work together on testing and recycling the automaker’s batteries by creating end-of-life pathways for the company’s original hybrid electric vehicles. “Toyota paved the way for clean transportation with the introduction of the Toyota Prius hybrid electric vehicle more than 20 years ago,” Redwood said. “The first wave of battery-electric vehicles retiring from roads today, ready for recycling, are predominantly Prius vehicles. Toyota remains committed not only to selling millions more electrified vehicles this decade but to ensure their vehicles’ circularity into the future.”

Redwood’s partnership with Toyota joins the company’s other collaborations with automotive brands, including Tesla, AESC, Volvo, and Ford. Redwood was established by J.B. Strauble, a co-founder of Tesla back in 2003 with current CEO Elon Musk.

Redwood’s company mission has been to drive down the environmental footprint and cost of lithium-ion batteries through large-scale sources of domestic anode and cathode materials that are produced from the recycled batteries the company collects. The company receives more than ~6 GWh of end-of-life batteries annually for recycling. These cells and packs are refined and then remanufactured into critical battery materials.

Redwood is currently working to ramp the production of anode and cathode components in the United States to 100 GWh annually by 2025, which is enough to produce more than one million EVs a year from recycled battery materials alone.

“Together, Toyota and Redwood will work to seamlessly incorporate battery recycling through domestic battery materials manufacturing into Toyota’s battery production strategy,” Redwood said. “Our shared vision to drive down the environmental footprint and cost of transportation will continue to accelerate the adoption and access to electric vehicles. We’re excited to help build the future of electric vehicle manufacturing with the world’s top-selling automaker.”