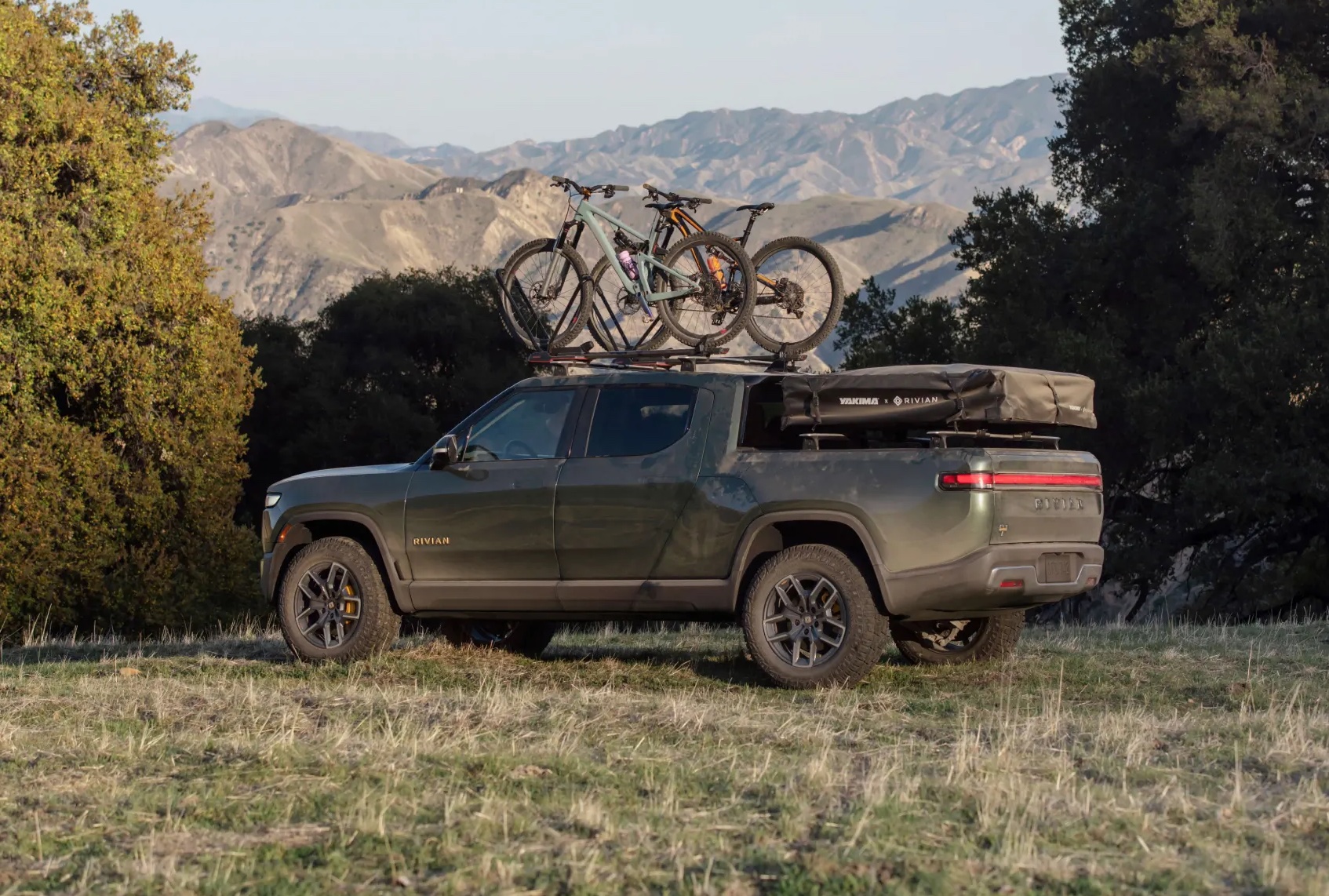 Rivian filed to trademark electric bicycles or e-bikes with the U.S. Patent and Trademark Office. It hints at Rivian’s plans to produce e-bikes and bicycle accessories.

According to the USPTO filing, Rivian trademarked electric bicycle components, such as battery packs, motor controllers, electric motors, throttle controls, pedal-assist sensors, and display consoles. Rivian’s trademark application suggests that the company is planning on producing an e-bike from the bottom up.

Besides essential e-bike components, Rivian is also planning on trademarking electric bicycle accessories, like bicycle carriers for vehicles, bike pumps, and bells. Rivian’s inclusion of e-bike accessories in its trademark filling makes sense based on its past products.

Most of Rivian’s vehicle accessories are well-thought-out and conceptualized. For instance, the Rivian Camp Kitchen includes a fully functioning modular kitchen with a 30-piece kitchen set.

Rivian accessories also seamlessly integrate with R1 vehicles. Its Field kit, for example, fits perfectly into the passenger-side door of Rivian vehicles and is stocked with medical supplies already.

So it isn’t surprising that Rivian aims to go a little further and develop everything an R1 owner would need for their e-bike. Rivian also recently published a patent for an Integrated Tailgate Cargo System. The patent drawings reveal a bike rack attached to an R1’s tailgate, hinting at the uses Rivian plans for the trademark. The trademark filing does mention “bicycle carriers for vehicles.”

Rivian’s tailgate patent and e-bike trademark shows the company’s dedication to adventure and making sure R1 owners have everything they need for it.