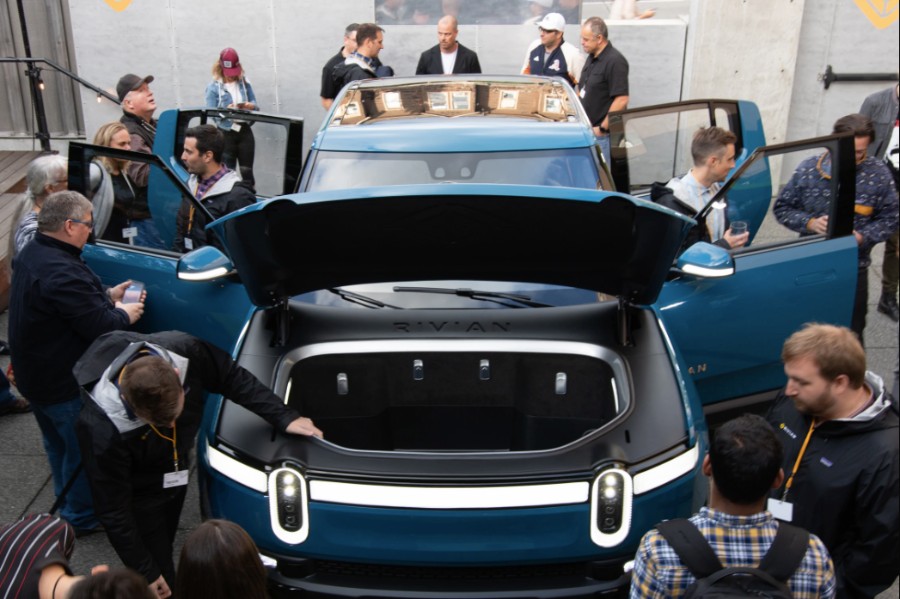 Electric automaker Rivian has announced that they will host a “pop-up” event in Normal, Illinois, a town about two hours southwest of Chicago on Sunday, October 13. The event will act like an open-house, where members of the public will get a chance to talk with employees of the Rivian plant in Normal, IL.

Rivian has hosted three reservation holder events in the past, one most recently in Seattle, Washington, one in Atlanta, Georgia in mid-September, and another in Manhattan, New York in April. A future event will be held in San Francisco, California, on a date that is yet to be determined.

The pop-up event will take place from 1-4 PM and will take place in Uptown Square in Normal in a temporary storefront, according to an NBC affiliate in Peoria, Illinois. Pictures of the plant, as well as briefings on company history, will be available for visitors to view.

Rivian’s past events have only been accessible by reservation holders for its first two vehicles, the R1T pickup and the R1S SUV. Pictures and videos of each event are available online in the days following, but the only way to gain access without being a reservation holder is to be a guest with someone who is. The events are not available to the public, making this new pop-up event in Central Illinois the first of its kind.

Rivian caught the eyes of the electric vehicle community when it debuted a new blue color for its R1T pickup truck at the last reservation event in Seattle. CEO RJ Scaringe said in an interview at the Seattle event with Kim of Like Tesla that vehicles that are geared toward multi-terrain driving are usually inefficient, but Rivian’s goal was to create a car that was great in any scenario. The R1T matches that description, as it is great both on-road and off-road, and it is extremely efficient, sporting a 750 horsepower quad-motor system, with three feet of wading depth and 400+ miles of range.

Rivian has made headlines most recently for its partnership with Amazon when CEO Jeff Bezos said that they would utilize 100,000 Rivian vans in order to fulfill deliveries starting in 2021. The Bezos-headed Amazon has already invested $700M into Rivian.

Pop-up events are a great idea from Rivian, as it will allow anyone who is interested in learning more about the industry to learn about one of the up-and-comers in electric vehicles. Those who are not familiar with the Plymouth, Michigan-based Rivian will have the opportunity to learn more about the company and its vehicles that will begin rolling onto driveways in late 2020.