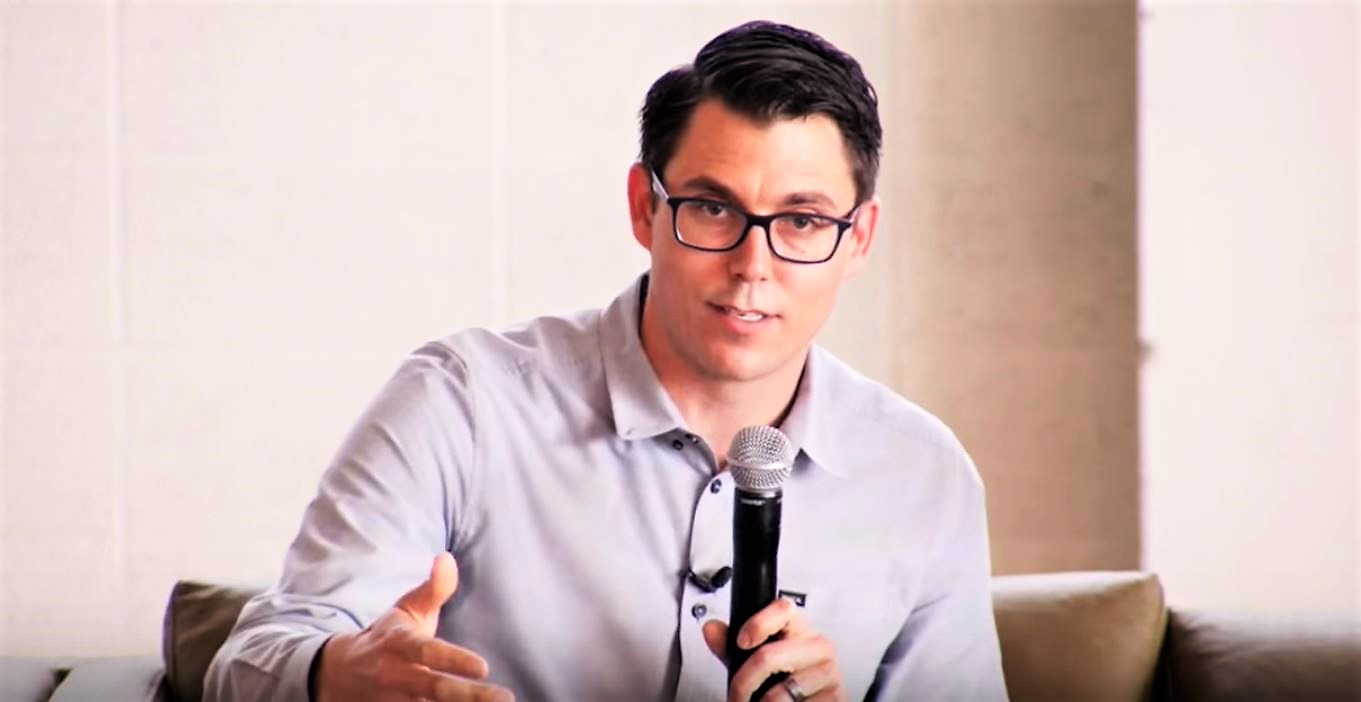 Rivian CEO RJ Scaringe recently shared insights about the company’s psychology in a livestreamed conversation with professional rock climber Alex Honnold and Rich Roll, a long-time wellness advocate and endurance athlete. As Rivian develops the manufacturing capabilities necessary to build its all-electric R1T pickup truck and R1S SUV at market scale, serious consideration is going into how to harness their team’s energy into an industrial system that works for everyone involved.

“So, industrial systems you have very often are very much class-based system – the white collar workforce, the blue collar workforce – there’s a whole host of things that lead those two sides to often having friction. We see how unions have come in to sort of help try to make those two work a little bit better together. But, a big part of what we’re doing right now is actually mapping out and thinking about the psychology of our company and the psychology of this facility,” Scaringe detailed during the event.

One of the unique things Rivian has inherited during its growth into a full-fledged auto manufacturer is the work force from the 2.6 million square foot plant the company purchased from Mitsubishi. Scaringe described the human story of the facility as “remarkable”, citing how many of the people currently there were part of the original launch team that later had to shut the facility down.

“So, 1989-1990, there are people that are 21-22 years old, they launched the facility….25-30 years go by, they’re part of the team running it, building it, now have to shut this facility down,” Scaringe described. “When we bought the facility, we not only just got the hardware, the acreages of land…[Now] we’ve got a team of people that’s passionate about restarting the facility.”

The company hopes the motivation to restart the plant under a Rivian badge will carry over into a win-win for all involved.

“It’s really remarkable. I mean, I think we’ve got a gift to work with in terms of that level of energy and that passion to bring it back to life,” the CEO said. “As we think about how do we take this gift that we’ve been given in terms of a workforce that’s so motivated, and how do we challenge a lot of the conventions that have been built up in terms of industrial systems…we’re doing a lot of things in the facility to really take that energy and supercharge it, really harvest it.”

One of the ideas Rivian is working to benefit on-site employees utilizes the resources inherited from the plant itself. The acreage surrounding the actual facility isn’t entirely needed for production purposes, so the car maker is planning to partner with local universities for food production from ground to plate.

“We have 508 acres at the plant, a very small percent of which actually has the plant occupying it – most of it’s just grass. We’re gonna be turning a lot of that into an area to grow food. And we’re gonna run that in partnership with some of the local universities through their agriculture programs to grow food locally on our site…and then that food’s gonna be served in our facility with students that are learning from top chefs we’re bringing in to run the food services in our facility, and we’re gonna provide incredible food to our plant team regardless of what part of the plant you work in,” Scaringe revealed.

“[That way]…there’s true equity. Every employee is part of this mission of bringing this facility back up. And that positive energy that we’re establishing at the plant, we want it to be a benchmark for how industrial systems are run – the collaboration, the communication between groups, between our other facilities.”

The conversation with Rich Roll and Alex Honnold primarily involved another part of the company’s psychology – helping to accelerate widespread adoption of renewable energy. Rivian has partnered with the Honnold Foundation to use the electric truck maker’s “second-life” auto batteries for a micro-grid solar system in Adjuntas, Puerto Rico. Through this project and others in the future, older battery cells that are no longer efficient for electric vehicles are repurposed into stationary energy storage units.

Adjuntas was selected as their first project site due to the town’s need for energy assistance after struggling in the wake of Hurricane Maria in 2017. The Honnold Foundation and Rivian will be using 135 kWh battery packs from R1T and R1S development vehicles for that particular grid project; however, cells going into Rivian’s production vehicles have been purposefully designed to have a “second life” in energy storage. The move towards energy projects marks a huge step for Rivian, signaling its expansion beyond the manufacture of all-electric luxury adventure vehicles.

Rivian’s first vehicle deliveries to customers are still planned for the end of 2020. Scaringe said during the event that around 800 members of their preorder community, i.e., reservation holders, were in attendance at the event with Roll and Honnold, so a further manufacturing update was provided with that in mind.

“There’s a lot of stuff happening [at the plant]. We’re moving equipment, we’re putting new equipment in. We’ve got amazingly talented people working day and night to bring that facility up and start delivering cars as quickly as possible,” he promised.

Watch RJ Scaringe, Alex Honnold, and Rich Roll discuss the Honnold Foundation and Rivian’s facility details in the video below: