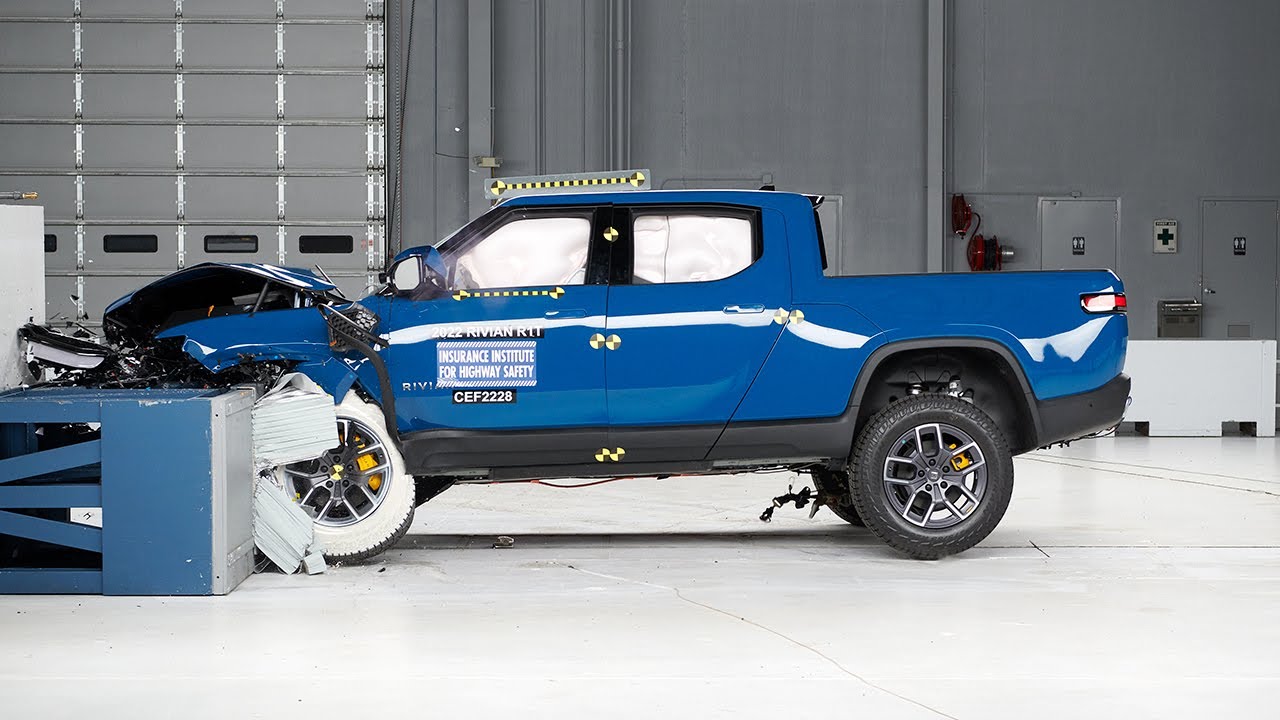 The 2022-2023 Rivian R1T was awarded the highest rating by the Insurance Institute for Highway Safety (IIHS). The all-electric pickup truck earned the Top Safety Pick+ awarded for the 2022 and 2023 model years. We reported in October that the Rivian R1T arrived at the IIHS Vehicle Research Center and that it would only be a matter of time before the safety ratings were released.

The 2022 and 2023 Rivian R1T met all of the requirements for the higher-tier award and earned”Good” ratings in all six of the crashworthiness tests. These tests included the front small overlap test, which is known to be challenging.

The organization noted that the crew cab pickup met all of the requirements for its higher-tier award, which includes earning good ratings in 6 IIHS crashworthiness tests. Those tests include:

Another requirement for The Top Safety Pick+ award is for vehicles to be available with a front crash prevention system. The IIHS tested the effectiveness of the R1T’s vehicle-to-vehicle and vehicle-to-pedestrian evaluation and rated the vehicle “Superior” for both.

In a statement to Teslarati, a spokesperson for the IIHS said:

“We’re very pleased to see that Rivian has clearly prioritized safety in the design of the R1T. In addition to performing well in our suite of challenging crash tests, it’s great to see the pickup scoring top marks for its front crash prevention system, which can help keep drivers out of a crash in the first place and help protect other road users.”

“We’d also give kudos to Rivian for the R1T’s good headlight rating. This is notable because pickups and other higher-riding vehicles have struggled historically to find the right balance between providing enough visibility without glaring other drivers. Rivian has gotten that right with the R1T right off the bat. They’ve also made those headlights standard so that consumers don’t have to opt for a specific package or trim to get good headlights. We love to see that because good headlights are critical safety equipment and shouldn’t be an add on.”

You can watch both testing videos below.