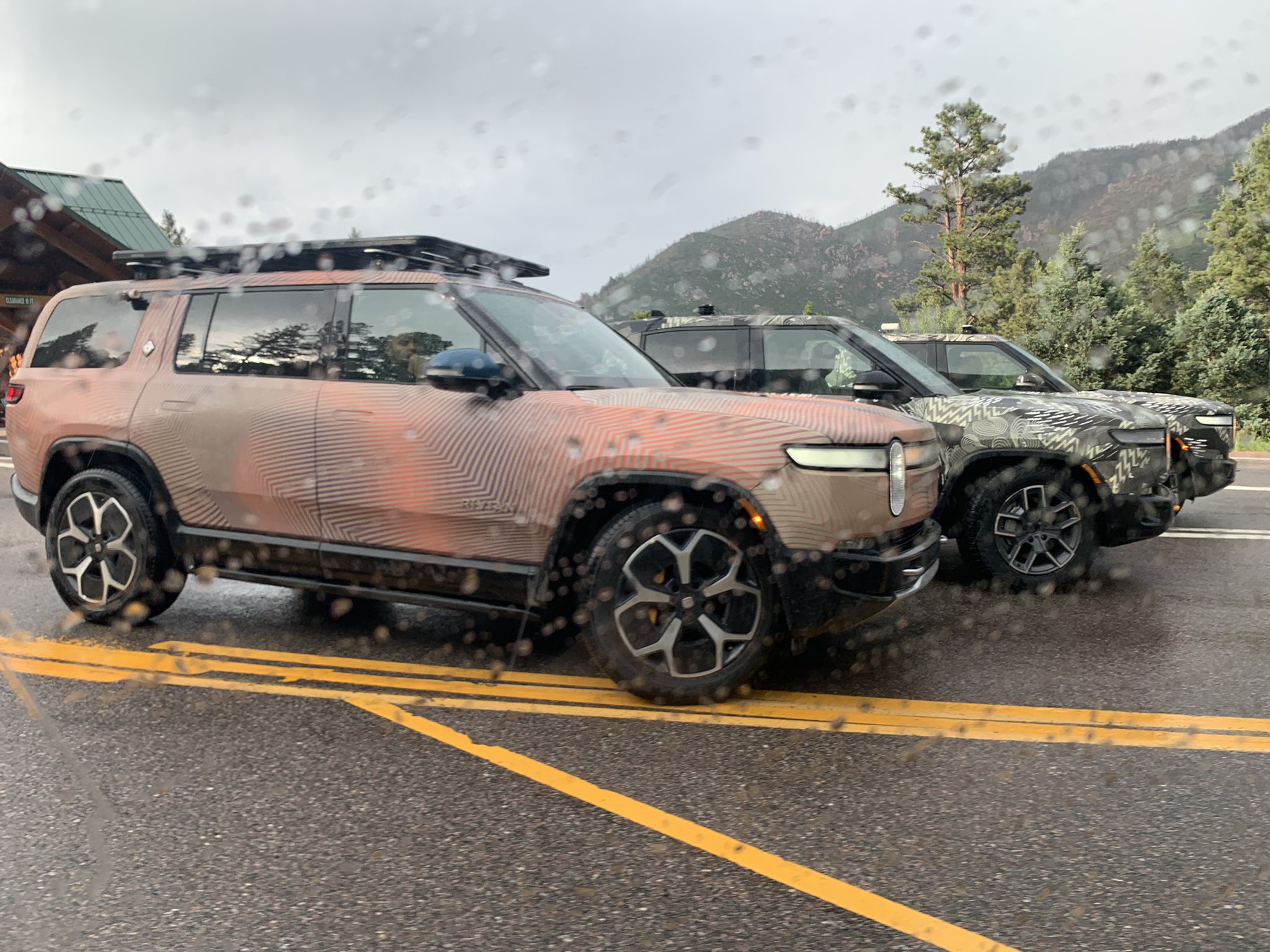 Nathan Schenk saw a pack of three Rivian electric vehicles near Pikes Peak’s toll booths on Sunday. He shared a rare photo of a stock Rivian R1S in front of what appeared to be an R1T electric pickup and another Rivian car.

Previously, Rivian moved deliveries to July. Rivian plans to deliver its R1T pickup truck first, followed by the R1S SUV. The company has moved R1T deliveries several times already. Rivian’s CEO explained that the company was affected by the pandemic, from its facility construction to the vehicle component supply chain.

Rivian isn’t the only carmaker struggling with the aftereffects of the pandemic. According to Visual Capitalist, the chip shortage has caused more than 1 million vehicle delays in North America alone.

For instance, Tesla Model S Plaid deliveries were delayed earlier this year, partly because of the chip shortage. As Elon Musk has stated often in the past, production is not as easy as it sounds. Rivian seems to be realizing the challenges of mass production at the moment, which is made even more challenging in the aftermath of the pandemic.

The Teslarati team would appreciate hearing from you. If you have any tips, reach out to me at [email protected] or via twitter @Writer_01001101.