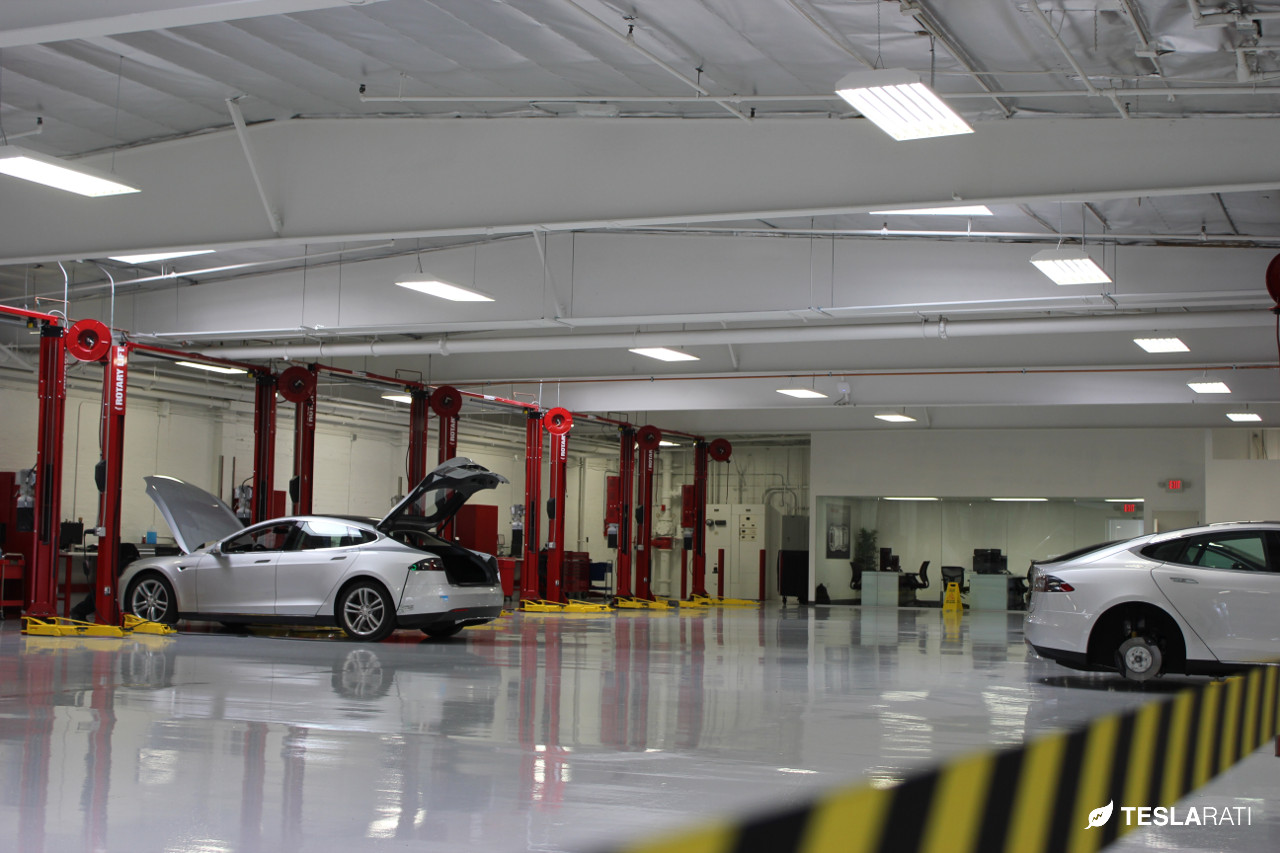 In a high tech startup, small or large, the effectiveness in which the business can scale is crucial to its success. Tesla has been known for its world class customer service, which it undoubtedly has, but recent experiences with replacing a Tesla 12V battery here in New England has me asking the question, can Tesla service scale at a rate to match its production?

Tesla service centers are going above and beyond when it comes to customer service. Some of this is to account for early design and quality challenges with the Model S, but also to make up for the limited number of service centers that are available. Either way, Tesla has done a stellar job with customer satisfaction up until this point. For the second year in a row Tesla has topped Consumer Reports satisfaction index.

But as new Model S owners continue to hear about Tesla’s world-class customer service by word of mouth and through mass media, the expectations are set to an extremely high level that service centers will need to deliver against. As Tesla Motors continues to focus its efforts on production and scaling the Supercharger network, they’ll need to ensure that Service Centers scale at a rate to match the growing customer base. There hasn’t been much to service on my Model S other than a tire rotation thanks to the marvels of its simple design. However, my experiences in dealing with a busy Tesla Service Center led me to believe that they’d rather I have went somewhere else for the tire rotation than to have it performed at their facility.

Generally when I need to take my ICE cars in for service the most I have to wait is 1-2 days. My most recent experience with fixing 12V battery issue through the Tesla Service Center here in New England took nearly 2 weeks. Admittedly, some of that was due to poor weather and a holiday in between but there were still seven business days where the service center was too overloaded to get me in within the usual 1-2 days.

From talking to other Tesla owners it sounds like service experiences can be a mixed bag of results depending on where you live. One Model S owner based out of California, reported a similar issue with the 12V battery but managed to receive a call back within 15 minutes and later booked for service the following day. As for me? It took several phone calls, two emails and almost an entire business day gone before I was able to get schedule an appointment. The actual service that the Tesla technicians performed was excellent, but the scheduling process was abysmal.

When the day of service finally arrived, I told the Tesla technician that it was fine to pick up the Model S from my work place and bring it back that same day since they didn’t have a loaner available. The technician arrived by Uber promptly at 10:30am, jotted down some notes and then drove away in my car. The service department had promised to have it back by 3:30pm but in reality I got the vehicle back at 7pm. Fortunately I had no other plans that evening. There was one Tesla Service Center serving all points north of Connecticut on the East Coast at the time when I purchase my Model S. The local Tesla Store had mentioned that they sold nine hundred Model S’ in this area alone and this was over a half a year ago. Today there is still only a single service center supporting the entire area but with many more Teslas on the road.

A second Tesla Service Center is planned for Dedham, MA but is not online yet. What I find interesting is the fact that both service centers are geographically close to one another which doesn’t seem to make a lot of sense to me.

This is a lot of area to cover for a single or even two service centers. Given the distances involved in covering such a large area, the technicians are running all over New England to pick up or service cars which just doesn’t scale well.

I believe that Tesla has fallen behind in scaling its service centers supporting the Model S roll out, at least when it comes to the New England area and likely overseas. It’ll be crucial for Tesla to start keeping a closer eye on service center response times and volume of service, if not already.

In addition to monitoring real-time growth of the Supercharging network Tesla owners should also be watching the rate in which Tesla Service Centers are being deployed.