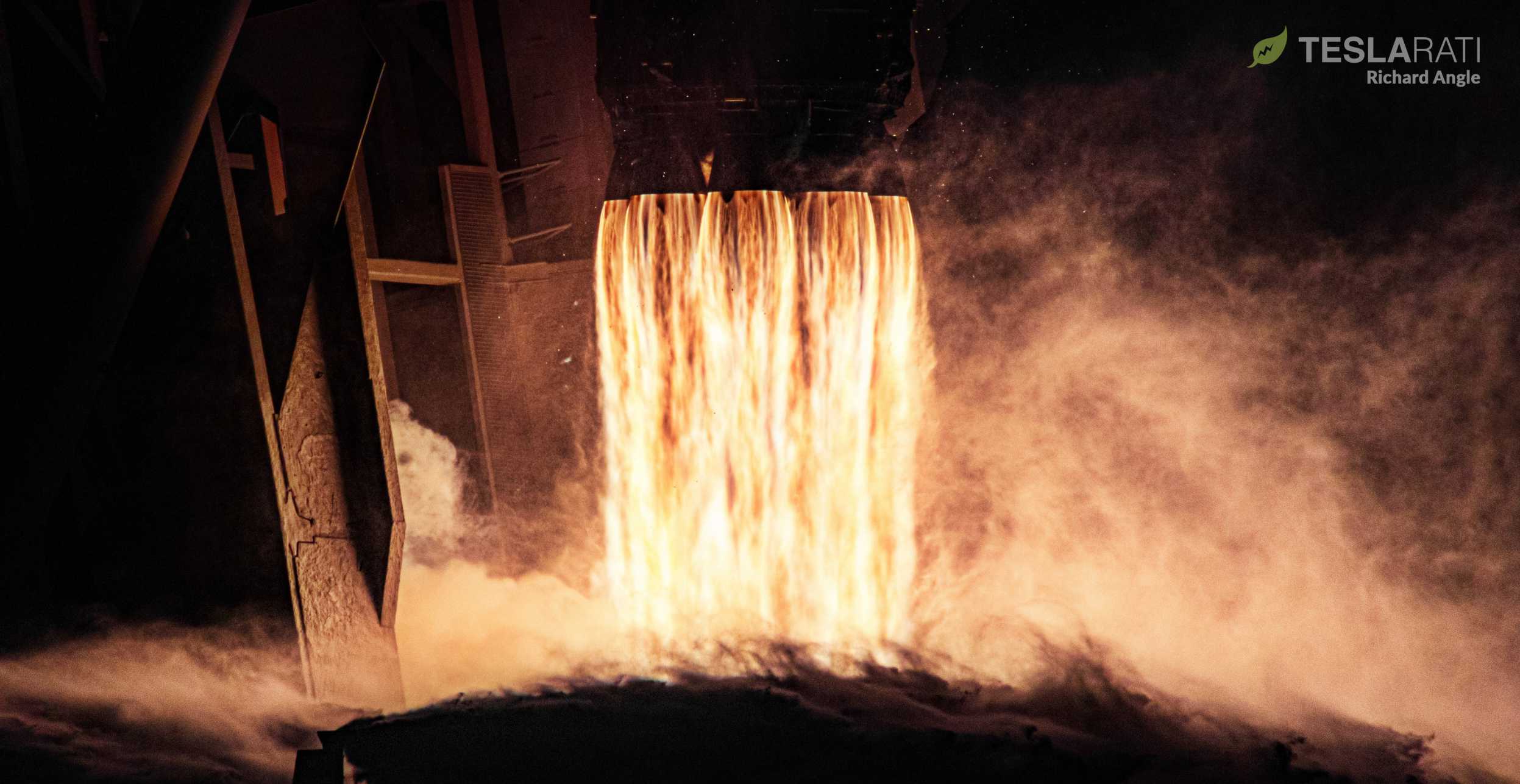 SpaceX has kicked off a record-breaking 2020 launch manifest with a spectacular combination of Starlink satellites and a Falcon 9 rocket, the first of perhaps two dozen such launches planned this year alone.

Falcon 9 booster B1049 supported the mission, becoming the second SpaceX rocket ever to complete four launches and landings after B1048 did it first in November 2019. Starlink-2’s Falcon 9 booster is now safely aboard drone ship Of Course I Still Love You and beginning the 600 km (375 mi) journey back to Port Canaveral, Florida, where it will likely be processed and turned around for a fifth launch in the near future.

Teslarati photographer Richard Angle was on-site to capture the event and caught a number of spectacular photos of SpaceX’s Starlink-2 launch, ranging from an excellent visualization of the rocket’s trajectory to a close-up view highlighting the fury of Falcon 9’s nine Merlin 1D engines seconds after liftoff.

Falcon 9 Block 5 boosters are loaded with some 520 metric tons (1.2 million lb) of liquid oxygen, refined kerosene (RP-1), helium, and nitrogen. At full throttle, the nine Merlin 1D engines that power each Falcon booster can produce more than 7600 kN (1.7 million lbf) of thrust, equivalent to more than 60 737 passenger jets chained together. At the same time, every one of those nine Merlin 1D engines likely consumes more than 270 kg (600 lb) of liquid oxygen and kerosene every second, with all nine engines combining to burn the equivalent of one and a half Tesla Model 3s worth of propellant per second.

A step further, the 1.5 Teslas of propellant Falcon 9 boosters burn each second exits the nozzles of their nine Merlin 1D engines traveling almost 3 kilometers per second (1.9 miles per second) – more than 35 times faster than the fastest hurricane windspeeds every recorded. In simple terms, the exhausts of even tiny orbital-class rockets create a spectacularly violent and unearthly environment in the seconds immediately following liftoff, exaggerated by the ground and pad hardware reflecting all that energy and fury.

And Falcon 9 (let alone Falcon Heavy) is no tiny rocket. While it’s still extremely difficult to get a good sense of scale while looking at launch photos, it’s safe to say that photos of Falcon 9’s nine Merlin 1D engines shortly after launch undeniably capture at least a small sense of the sheer heat, fury, and stress experienced by SpaceX’s orbital launch pads. One of the most obvious features are giant clouds backlit by the rocket’s own engines, produced as a side effect of the common use of water deluge systems to protect launch pads and keep launch vehicles from damaging themselves.

In the handful seconds the rocket is near the pad, swimming pools worth of water are almost instantaneously vaporized by into superheated steam clouds by its exhaust and then violently buffeted by the shockwaves and vibrations they produce. In simple terms, the sound alone – let alone the heat or debris kicked up by the exhaust – would likely kill or at least severely injure an unprotected human observer standing nearby, while the heat would probably incinerate immediate bystanders.

Regardless of the pedantry of observing rocket launches up close and really personal, January 6th’s Starlink launch is the first of as many as 36 launches SpaceX has planned in 2020 – some two dozen of which could end up being dedicated Starlink missions. SpaceX’s next two Starlink launches – Starlink-3 and -4 – are already scheduled to lift off as early as later this month.