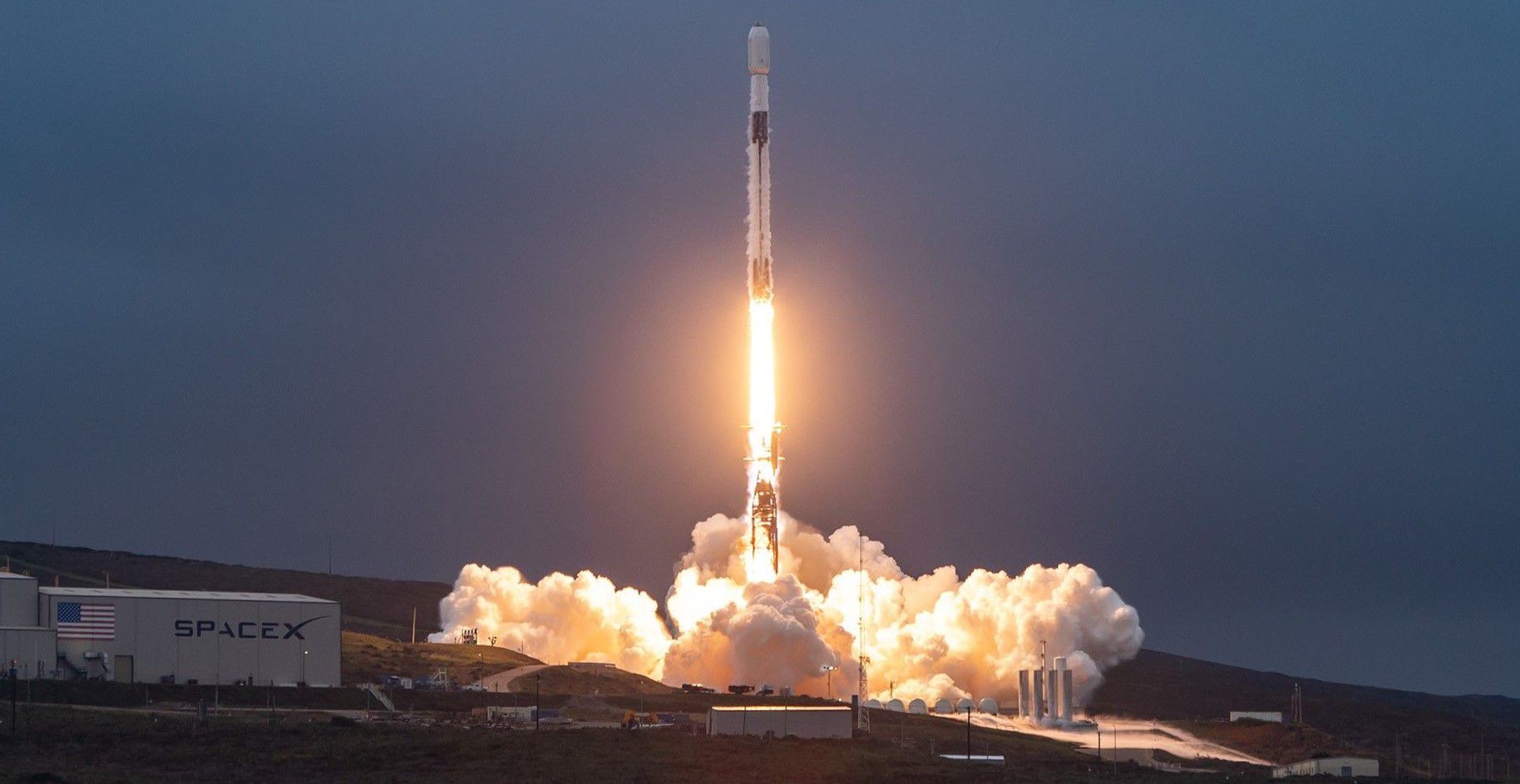 A Falcon 9 rocket has successfully launched SpaceX’s Starlink 2-4 mission after seven delays pushed it from November 2022 to January 2023.

Starlink 2-4 was originally scheduled to launch as early as November 18th, 2022, but was delayed shortly after its Falcon 9 rocket conducted a static fire test. The delay was indefinite, and that specific rocket ultimately launched a different commercial payload in late December. The internet satellite launch was finally rescheduled for January 9th, 2023, kicking off a string of additional delays. Weather delayed the January 9th attempt. Issues with Falcon 9’s second stage delayed the January 10th attempt. Additional “pre-launch checkouts” delayed the launch from January 11th to the 14th, which was then pushed to January 15th for “constellation optimization.“

In a rare twist, the first delay caused SpaceX to shuffle booster assignments, and Starlink 2-4 wound up with B1075. B1075 had never flown before, making Starlink 2-4 the second Starlink mission that has debuted a new Falcon booster. Ordinarily, SpaceX has always reserved new boosters – of which only a handful are built annually – for its more conservative customers. The US military in particular was slow to warm up to the idea of flying operational “national security” payloads on reused Falcon boosters, and often required (and paid for) new boosters whenever possible.

But even that wall mostly crumbled in 2022. SpaceX debuting another new Falcon 9 booster on its own low-priority Starlink mission is perhaps the best evidence of that. NASA and the US military have simply come to trust SpaceX’s flight-proven Falcon boosters, and no longer feel the need to reserve every new Falcon 9.

Falcon 9 booster B1075 ultimately aced its orbital-class launch debut and touched down on drone ship Of Course I Still Love You (OCISLY) about nine minutes after liftoff. Assuming the seas are calm enough for B1075 to survive the return to Port of Long Beach, it likely has a long life of 15+ launches ahead of it. The Falcon upper stage launched by B1075 eventually reached low Earth orbit (LEO) and deployed another 51 Starlink V1.5 satellites about 30 minutes after liftoff. Starlink 2-4 should leave SpaceX with almost 3400 working Starlink satellites in orbit.

OCISLY gets an upgrade

B1075’s landing also revealed upgrades SpaceX has made to drone ship OCISLY since it was last used in October 2022. Harry Stranger first discovered the changes with satellite imagery, which revealed that SpaceX was upgrading OCISLY’s rectangular with angular ‘wings’. The wings appear to be identical to those installed on SpaceX’s newest drone ship, A Shortfall of Gravitas. ASOG debuted in mid-2021 with a number of upgrades not present on SpaceX’s two other drone ships. Most were intended to improve the ship’s resiliency, availability, and autonomy.

According to photographer Jerry Pike, the angular wings on ASOG (and now OCISLY) could make the drone ship much easier to tow. Reducing drag could also increase the effectiveness of their existing propulsion systems, potentially allowing them to maintain their position in harsher sea conditions and stronger currents than before. SpaceX CEO Elon Musk has previously stated that the ultimate goal is a fully-autonomous drone ship capable of heading to sea, recovering Falcon boosters, and returning to port without human intervention.

There is no evidence that SpaceX is any closer to that goal since ASOG’s debut 16 months ago. Nonetheless, OCISLY’s upgrades should improve the drone ship’s usability as SpaceX attempts to launch (and land) up to 100 rockets in 2023.