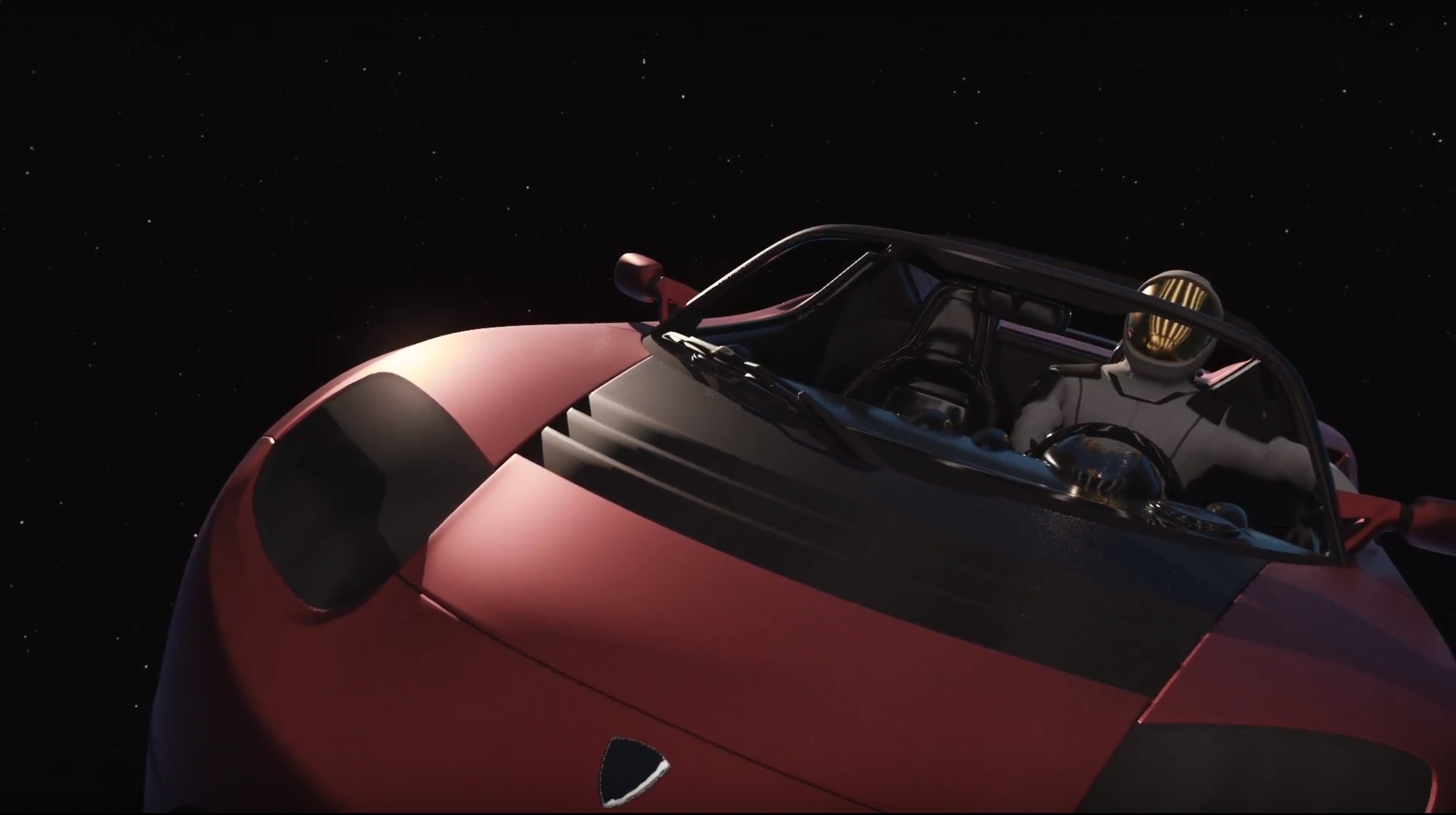 Elon Musk’s Tesla Roadster not only stashed a miniature version of itself to space; it also carried an Arch, a revolutionary storage device loaded with a library of Earth’s  works, into orbit.

During the minutes leading up to the launch of the Falcon Heavy, SpaceX briefly touched on the Roadster’s extra payload, though very little was said about the storage device’s contents. More details on the Roadster’s secret payload emerged recently, however, when the Arch’s creators published a blog outlining the purpose of the small storage device.

According to Nova Spivack, co-founder of the Arch Mission Foundation, the Arch carried by the Tesla Roadster to space was loaded with a copy of Isaac Asimov’s Foundation Series, which is comprised canonically by three of the author’s most iconic works — Foundation, Foundation and Empire, and Second Foundation. Set in a world where humanity is a space-faring species, the trilogy chronicles a fictional account of the rise, fall, and rebirth of civilization.

Asimov, a professor of biochemistry at the Boston University, made his mark in literature with his work in science fiction. The Foundation Series, which he eventually extended amid his publisher’s insistence, is still regarded as one of, if not the best work of his long career. The author is also widely regarded as one of the “Big Three” in sci-fi literature, together with other icons such as Robert A. Heinlein and Arthur C. Clarke.

As a storage device, the Arch is pretty revolutionary. Created using 5D optical storage in quartz, the small, miniature disc-like device is incredibly tough, capable of weathering the extreme conditions of space. The Arch is also very small, and its storage capacity of 360 terabytes of data places it far ahead of mainstream storage solutions.

The Arch is designed to survive for at least several million years, making the device the longest lasting storage object created by humans to date. Spivack, if any, is very optimistic about the Arch’s chances in space.

“Think of it as a ring of knowledge around the Sun. This is only the first step of an epic human project to curate, encode, and distribute our data across the Solar System, and beyond. We are eternally grateful to Elon Musk and his incredible team for advocating the Arch Mission Foundation and giving us our first ride into space.”

According to the Arch Mission Foundation co-founder, the device carried by the Tesla Roadster is only the second one ever made. The first Arch is currently owned by Elon Musk, who has the device in his personal library. Two more Archs are planned to be launched in the years to come, with one being scheduled for  2020 and the other being prepared for 2030.

Elon Musk’s Tesla Roadster, which was launched to orbit through SpaceX’s most powerful rocket to date, the Falcon Heavy, is currently heading further into space at a blistering 12 kilometers per second relative to Earth. As we stated in a previous report, the electric sports car is following a heliocentric orbit, where it would pass Mars in a close flyby. The electric sports car is also expected to orbit the Sun every two Earth years, which is the same time frame for Mars to complete its journey around the center of the Solar System.