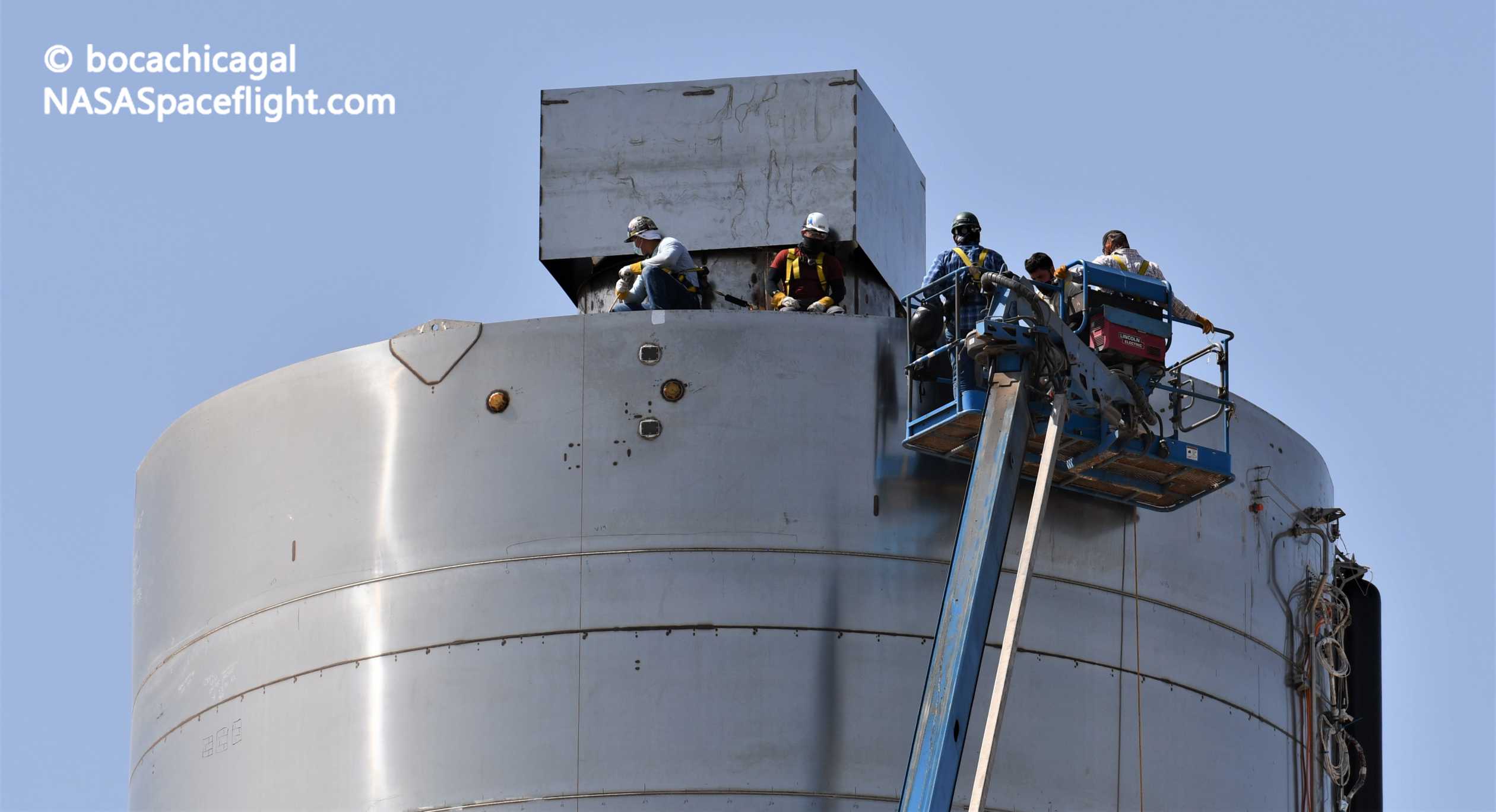 After many delays, SpaceX’s fifth full-scale Starship prototype is almost ready for a busy week of crucial tests that will determine whether the rocket will become the first of its kind to take flight.

On June 24th, SpaceX lifted Starship serial number 5 (SN5) onto a robotic transporter and rolled the giant steel rocket about a mile down the road to the company’s nearby test facilities and launch pad. Already slowed down a number of weeks by Starship SN4’s explosive end a month prior, teams were in the middle of completing extensive pad repairs (and likely some upgrades, too). Nevertheless, about a week after arriving at the pad, SpaceX kicked off two important tests – both of which SN5 would need to pass to move on to bigger challenges.

Pass those tests Starship SN5 certainly did, completing an ambient temperature pressure test to check for leaks, immediately followed by a cryogenic proof test that proved the ship was structurally sound and ready for short hops. While significant, SpaceX has only tested SN5 (and its repaired pad systems) with benign liquid nitrogen – still extremely cold but chemically unreactive (i.e. nonexplosive). The pad repairs still need to be fully put through their paces with combustible liquid methane and oxygen propellant, as does Starship SN5. Enter today’s planned test.

Barring additional (rather likely) delays, SpaceX is scheduled to put Starship SN5 through its first fueling test(s) during a window stretching from 8am to 5pm CDT on Monday, July 20th. Assuming that the “fueling test” referred to in public road closure alerts is a routine wet dress rehearsal (WDR), the test will involve SpaceX loading Starship SN5 with a large volume of liquid oxygen and methane propellant – similar to but substantially riskier than a liquid nitrogen proof test. SpaceX actually appeared to briefly attempt such a test on July 17th but signs that Starship SN5 was pressurized quickly disappeared and the road closure was lifted, signaling an abort.

Two and a half days of tweaks later, SpaceX’s July 19th closure was cancelled but the July 20th instance remains in place. If successful, Starship SN5 is expected to attempt to static fire its lone Raptor engine perhaps just a few days later, although that obviously assumes that both SN5 and the new pad hardware function perfectly during their biggest test yet.

Much like SN4’s several successful Raptor static fires, Starship SN5’s one or several tests aren’t expected to be any different. If the first test is a perfect success, proving that the rocket and Raptor engine SN27 are healthy and operating as a cohesive unit, SpaceX’s next goal is the flight debut of a full-scale Starship. Thanks to a broad FAA launch license effectively permitting unlimited suborbital Starship flight tests, SpaceX technically no longer has to stick to the 150m (~500 ft) ceiling originally set for Starhopper, but chances are good that it will still be the general target.

Stay tuned for an unofficial NASASpaceflight.com livestream of today’s planned Starship SN5 fuel test, should it remain on schedule.