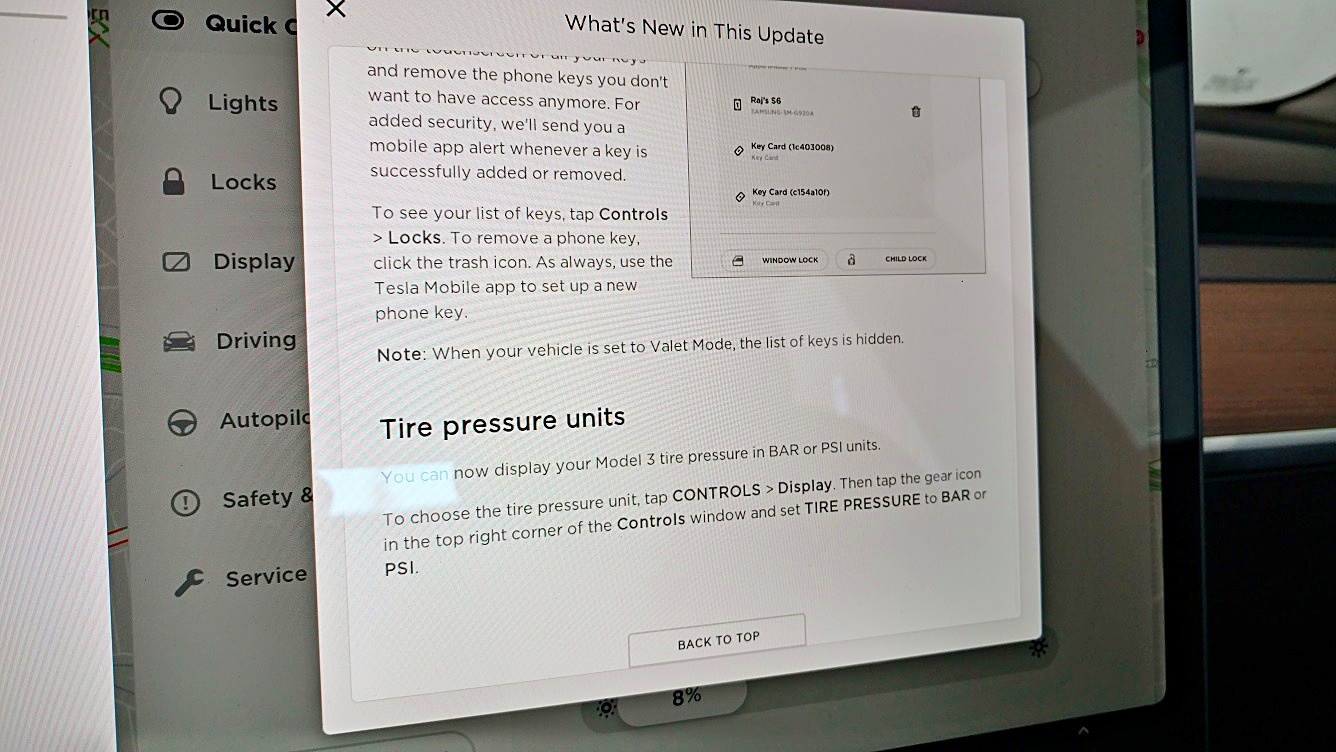 Tesla has rolled out a new software update for the Model 3, introducing new security features for the car’s app-based smartphone keys and RFID key cards.

As noted in the release notes for software version 8.1 2018.4.6 9a47df4, Model 3 owners would now be able to manage which devices are authorized to act as keys to the vehicle. Once a phone key or RFID card gets added or deleted from the Model 3, the owner of the electric car would receive an alert through the Tesla mobile app.

“Do you want to know which phone keys have access to your Model 3? Have you recently upgraded your phone? Now you can see a list on the touchscreen of all your keys and remove the phone keys you don’t want to have access anymore. For added security, we’ll send you a mobile app alert whenever a key is successfully added or removed.”

Tesla notes that the phone key management feature, which is accessed by tapping on Controls > Locks, would be hidden when the vehicle is in Valet Mode for added security. 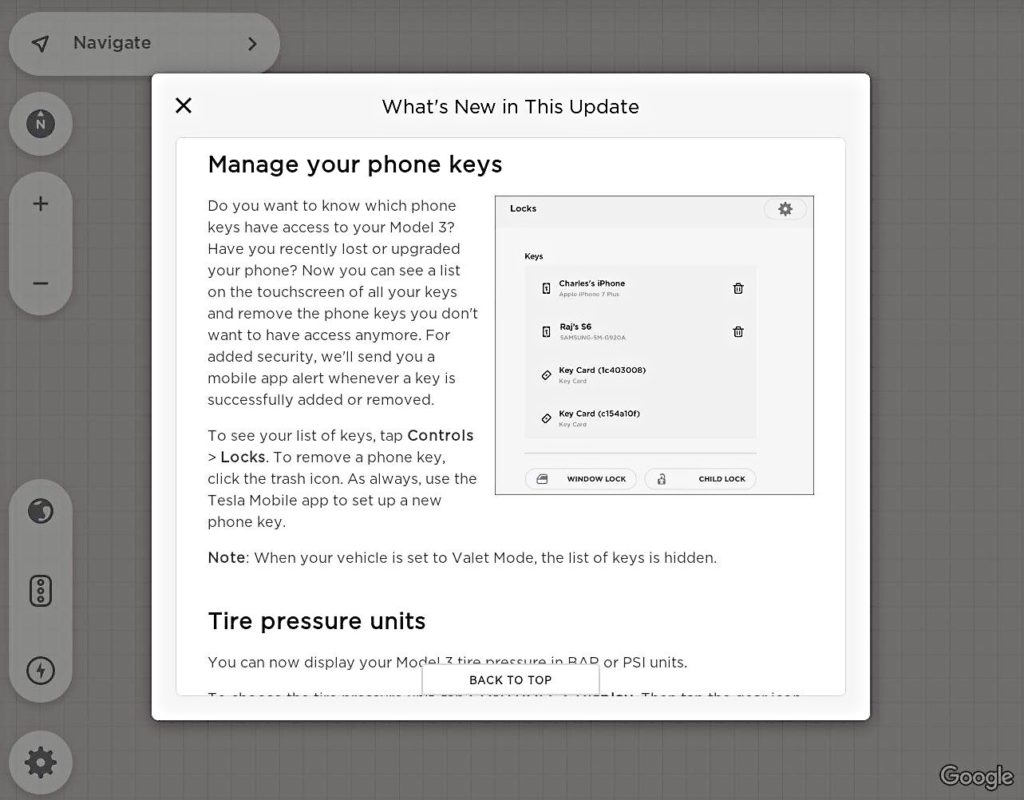 Unlike its more premium siblings, the Model S and Model X, the Model 3 does not require a traditional key fob to access and operate the vehicle. Instead, users of the mass market electric compact sedan can use Tesla’s official iOS or Android app as a bluetooth-connected smartphone key. In the event that a Model 3 user is incapable of accessing the app, Tesla provides a second option in the form of a credit card-sized RFID keycard that can be scanned in the vehicle’s B-pillar. Once scanned, users can place the RFID key card in a slot at the car’s center console to start the Model 3.

The added phone key management feature would be incredibly useful for Model 3 owners, especially those who are fond of lending their car to friends, family or car-sharing services like Turo. In cases like these, the owner of the compact electric car could simply add and delete users depending on who will be using the vehicle. Those who change mobile devices frequently would also be able to easily remove their old phones from the car’s authorized smartphone keys. 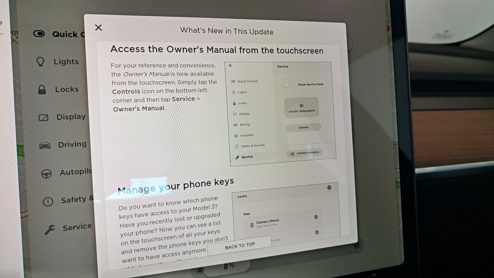 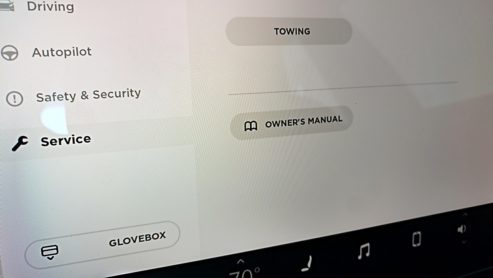 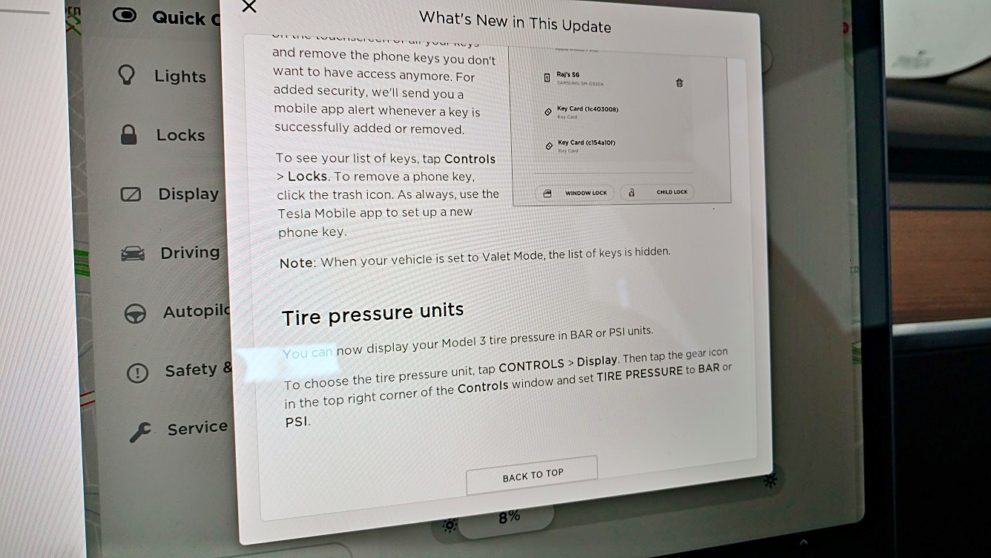 Tesla’s latest Model 3 over-the-air software update also included the online user manual for the vehicle, which could be viewed through the vehicle’s 15-inch touchscreen display.

As we noted in a previous report, Tesla had already rolled out a patch for the Model 3’s backup camera, seemingly as a response to owner complaints about the substandard quality of the images displayed by the car’s rear sensor. While the feature was not included in the software’s release notes, a Tesla spokesperson confirmed with Teslarati that the quality of the Model 3’s rear cameras would be gradually improved over time through over-the-air updates. The spokesperson further confirmed that it would roll out the camera improvement to its Model 3 fleet gradually, as is the case with most new features Tesla pushes out to its vehicles.