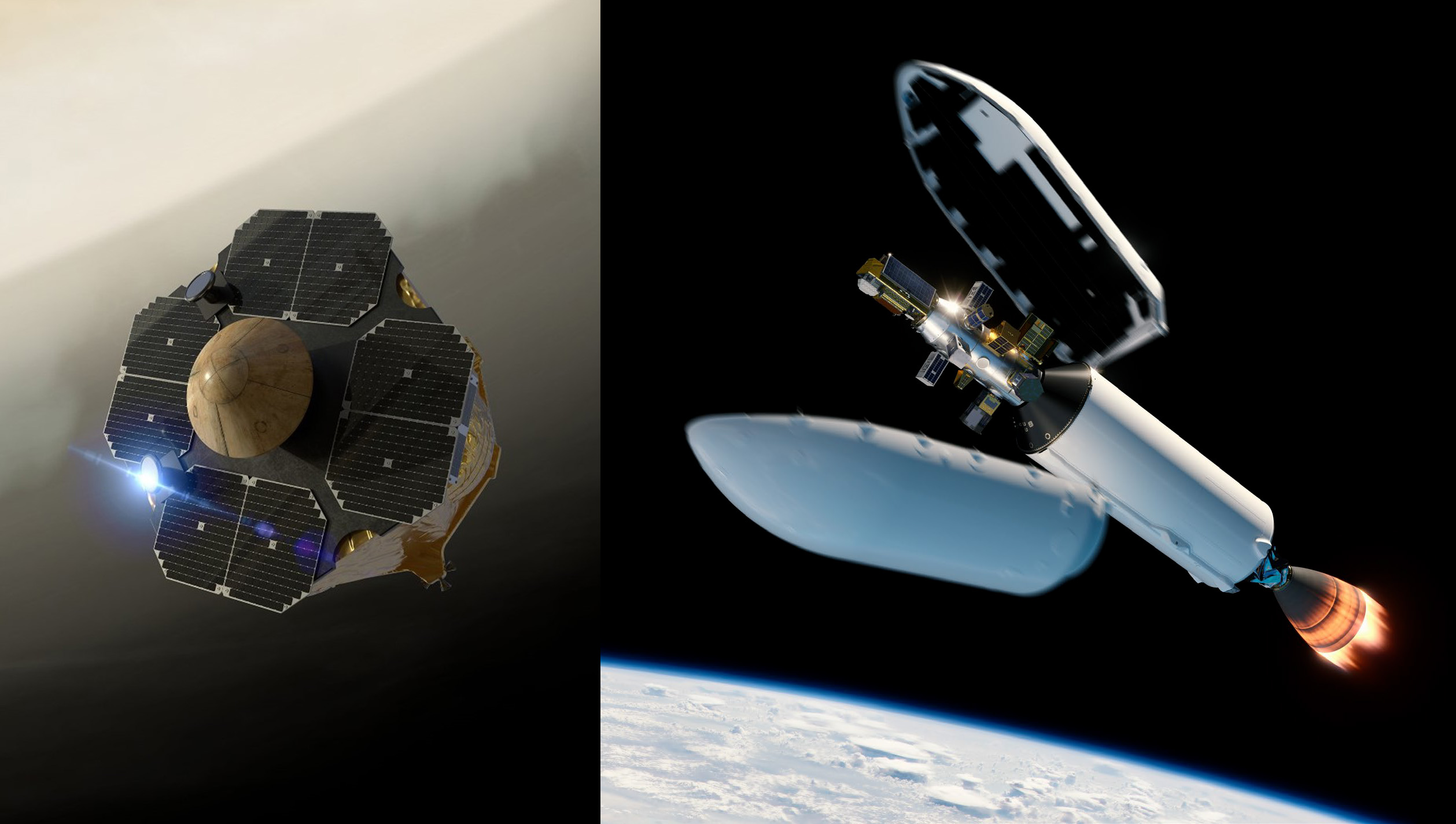 An version of Rocket Lab's Photon satellite bus could launch on a SpaceX rocket as early as 2023. (Rocket Lab/SpaceX)

Startup Varda Space says it has contracted with SpaceX to launch its first satellite – based on a Rocket Lab bus called Photon – on a Falcon 9 rideshare mission in early 2023.

Founded in late 2020, Varda Space says its mission “is to build the first space factory” – or, to be more precise, the first all-in-one space factory. While far from the commercial orbital laboratory many at NASA would like to paint it as, the joint NASA-Russia International Space Station (ISS) routinely hosts payloads from paying customers, some of which are focused on manufacturing (albeit at an absurdly low volume) materials that can only be made in microgravity (i.e. ‘zero-G’). The products those experiments or miniature factories produce are then returned to Earth on one of SpaceX’s Dragons – still the only spacecraft in existence capable of delivering large amounts of cargo from space to Earth more than a decade after its debut.

This is to say that orbital manufacturing is not exactly a new practice and has been ongoing – at a very, very small scale – for years through companies like Made In Space. What Varda Space wants to do, then, is repeat – and, nominally, expand that ISS-proven model. Rather than launching small experiments or mini-factories to the ISS, where a captive ISS crew is often available to troubleshoot or help maintain them, Varda wants to build its own small satellites with tiny reentry capsules capable of returning up to 100 kg (~220 lb) to Earth.

Two months after the company announced it had raised more than $53 million in funding, Varda Space now says that it will launch the first of its custom-built “space factories” on a Falcon 9 rideshare mission in Q1 2023. In August, Varda revealed that it had contracted with small launch company Rocket Lab to purchase three of its Photon satellite buses – each to serve as a sort of mothership for each Varda-built reentry capsule. Based on Rocket Lab’s successful Electron rocket kick stage, Photon adds solar panels, batteries, avionics, more propellant, and optional propulsion upgrades to create an off-the-shelf satellite bus capable of supporting and powering onboard payloads.

Instead of having to build and qualify their own satellites, Photon thus gives certain customers the opportunity to focus their time and resources on developing the payloads they want to deploy and services they want to operate. No need to reinvent the wheel, in other words. Varda Space appears to be the first company intent on fully taking advantage of that opportunity – and to great effect given that the startup has raised more than $50M less than a year after it was founded.

Additionally, with its SpaceX launch contract, Varda Space has also effectively revealed that Rocket Lab has no clause preventing Photon customers from launching their procured satellite buses on rockets not built by Rocket Lab. While dedicated small satellite launchers like Rocket Lab’s Electron offer some benefits, they do so at a huge premium. While an Electron launch carrying 200 kg (440 lb) to a sun-synchronous orbit (SSO) is believed to cost around $7.5M, a slot on a SpaceX rideshare to a similar (but not as perfectly tailored) orbit would cost the same customer about $1M – practically a magnitude cheaper.

Rocket Lab’s Photon likely costs just a few million dollars and comes by default with a propulsion system capable of refining the spacecraft’s orbit after a one-size-fits-all rideshare launch. That means that manifest a Photon-based satellite on a SpaceX rideshare could likely cut the cost of buying and launching a new satellite in half – and maybe further. The question, then, is whether Varda can take those potentially substantial cost savings and design and manufacture a tiny orbital reentry capsule that’s cheap enough to make its free-flying space factories competitive with the International Space Station (ISS).