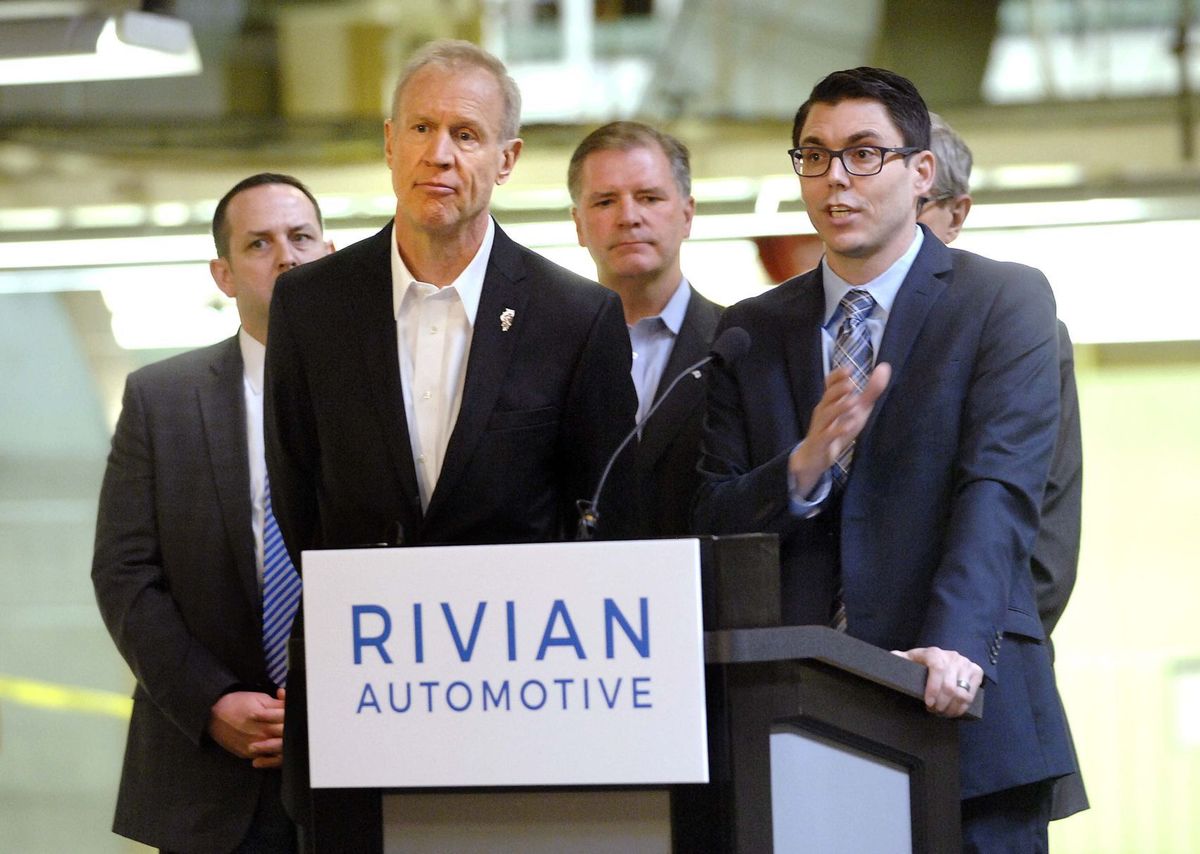 Secret electric vehicle startup Rivian Automotive continues to stride towards its goal to produce a line of self-driving cars aimed at the future. We recently reported that Rivian finalized their purchase of the massive Mitsubishi factory in Normal, IL in January with goals of starting production in 2020.

Illinois Governor Bruce Rauner met with Rivian last Wednesday to announce that the company will receive $49.5M in Edge tax credits from the state, provided they meet employment benchmarks. Edge tax credits which stands for “Economic Development for a Growing Economy” allow businesses to receive the state’s income tax revenue from employees.

Founded in 2009, Rivian has been operating in stealth mode for the last six years as the company underwent intense product development. The company was founded to create something completely different than any other competitors out there. The planned vehicle is described as, “sports-car quick, but a vehicle your whole family can fit into.”

Rivian’s founder RJ Scaringe has a doctorate from MIT’s Sloan Automotive Laboratory. Scaringe said that his interest in vehicles started at a very young age, and tinkered with cars throughout his life. While at MIT, Scaringe considered dropping out to pursue starting up his own automotive company. Eventually, after fielding a few investment offers, he decided to stay at MIT and finish up his degree.

Rivian purchased the Normal, Illinois plant for $2M in January, which doesn’t include the factory’s equipment that was purchased in a separate transaction. This strategy is very similar to one employed by Tesla when it first acquired the NUMMI plant in Fremont. Start-up manufacturers Lucid Motors and Faraday Future are heading a different route by building their factories from scratch.

“It’s essentially a new plant; it was commissioned in 1990. Mitsubishi did a great job keeping up with all of the equipment and invested massively in the early 2000’s, so the robotics are all in great shape. The paint shop is in great shape, the stamping operation is incredible. So it really is a unique facility, with millions of dollars of equipment sitting inside of it. We are really lucky we have found it!”

Governor Rauner expressed a deep interest in what the company is doing and the potential impact it could have on the state. Rivian’s deal with the state requires them to create 1,000 jobs over the next ten years, which is similar to the deal they struck with the local municipalities.

“I’ve spent 45 minutes talking with RJ, talking strategy and product development and it’s incredible what he’s doing… We are hoping to move many of their people here in Illinois, we are working with them on that, ” said Rauner in a public comment during the event at Rivian’s factory. Rauner previously founded and ran private equity firm GTCR, assets over $11B, and has a long track record of success in the business world with a net worth rumored to be above $1B.

While the company has not revealed their board of directors, former managing director of Mclaren Automotive Antony Sheriff lists himself as a member of the board on his LinkedIn. Sheriff is also on the board at Rimac Automotive and is the Executive Chairman of Princess Yachts. Scaringe said the company isn’t ready to announce how they are being funded currently but said that would eventually be revealed.

Stay tuned for more exclusive coverage from Teslarati as we learn more about Rivian’s exciting future and explore the company’s plans.