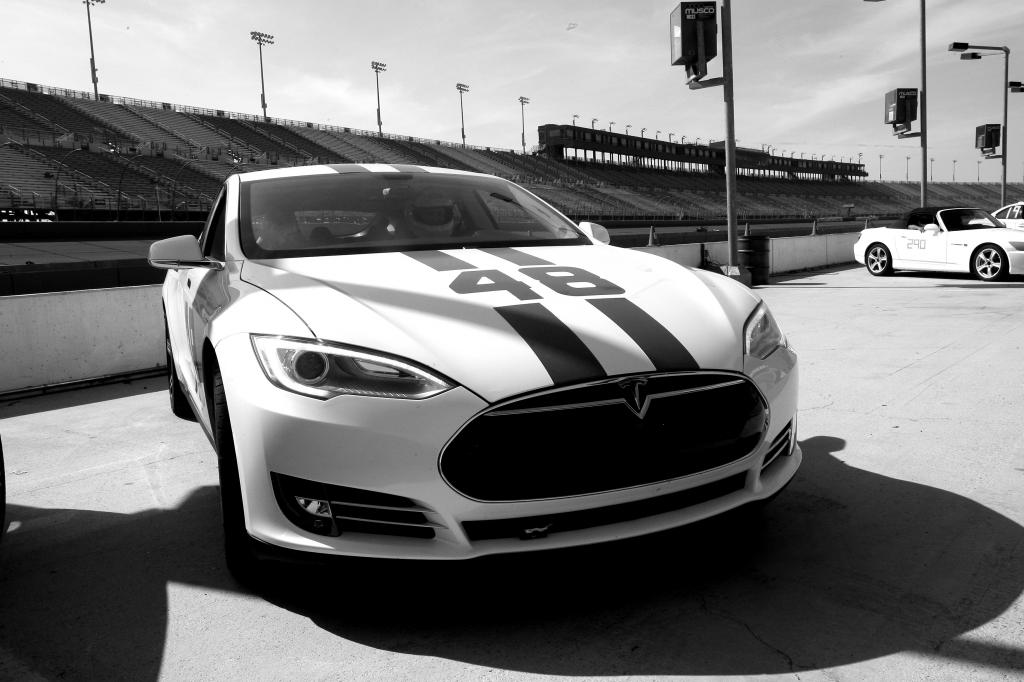 Part 3 looks at what you’ll need to consider charging your Model S at a track day, as well as tire pressure. In part II, we saw what it takes for John to bring his Model S to the track, that is, very little. In part III, we talk about charging and tires.

NZ – How do you charge, and more to the point, how far and long can you run for?

JT – The tracks I go to all have 240V/50A outlets, either 14-50 RV outlets or 6-50 welder outlets. I can charge reasonably quickly. When I first went to AMP, they only had 120V outlets which was a bit of a problem. Thankfully, a member has a Panamera PHEV, whom they installed 240V outlets for. Some charge extra for it, but it isn’t much.

I generally spend the night at a nearby hotel. Between charging near the hotel with either a public L2 charger or someone with an HPWC on PlugShare, and overnight on 120V, some hotels have 240V charging, I wind up with about 200-220 rated miles range when I get to the track. I get a couple of hours charging at the track before the first session, getting me fully or nearly charged. Once the Supercharger network is built near me, that will make it more practical to go to some of the tracks and spend less time charging so I can get home sooner.

The HPDEs are generally structured as five 25min sessions. I charge in between them. Usually, I get to run about four and a half sessions and still have enough to get home. I charge while changing tires back, then I stop at a friend’s HPWC on the way back depending on the track. I average 1200-1400 Wh/mi while driving hard on the track, so the battery drains quickly, but typically that is good for about 50 laps. The bigger limitation is that the Model S’s drivetrain cooling is designed for the street and not for the track. So, as heat builds up it starts to limit the power – initially I have up to 318kW output with the standard model. It will eventually go down to 140kW. If it gets to that point, I pull off because it isn’t as fun any more.

It varies depending on the track. Roebling Road has a higher top speed than AMP, but it doesn’t have any low speed corners you accelerate hard out of or the elevation changes. At RR, I saw it limiting the power to about 300kW on the first hot lap. Yet, it didn’t drop much below that until near the end of the session. At Road Atlanta, you have both high speed sections where I hit the speed limiter on the back straight and hard acceleration out of corners. RA actually gets to lower power limits more quickly than other tracks I have been to so far.

Even with the power limiting, the car is still fun to drive – I just have to adjust my lines to preserve momentum. In that case, driving it more like a big fat Miata towards the end of the session. Nobody else on the track gets to drive a horsepower car and a momentum car in the same session 🙂

NZ – What tires do you use and what pressure did you find works best?

JT – My track tires are 265/35ZR20 BFG g-Force Rivals on BBS CH-R 20×9 wheels. I have been running them at 39psi front / 40psi rear, though probably slightly lower would have better grip – I like the feel better with the higher pressure, particularly in the rear.