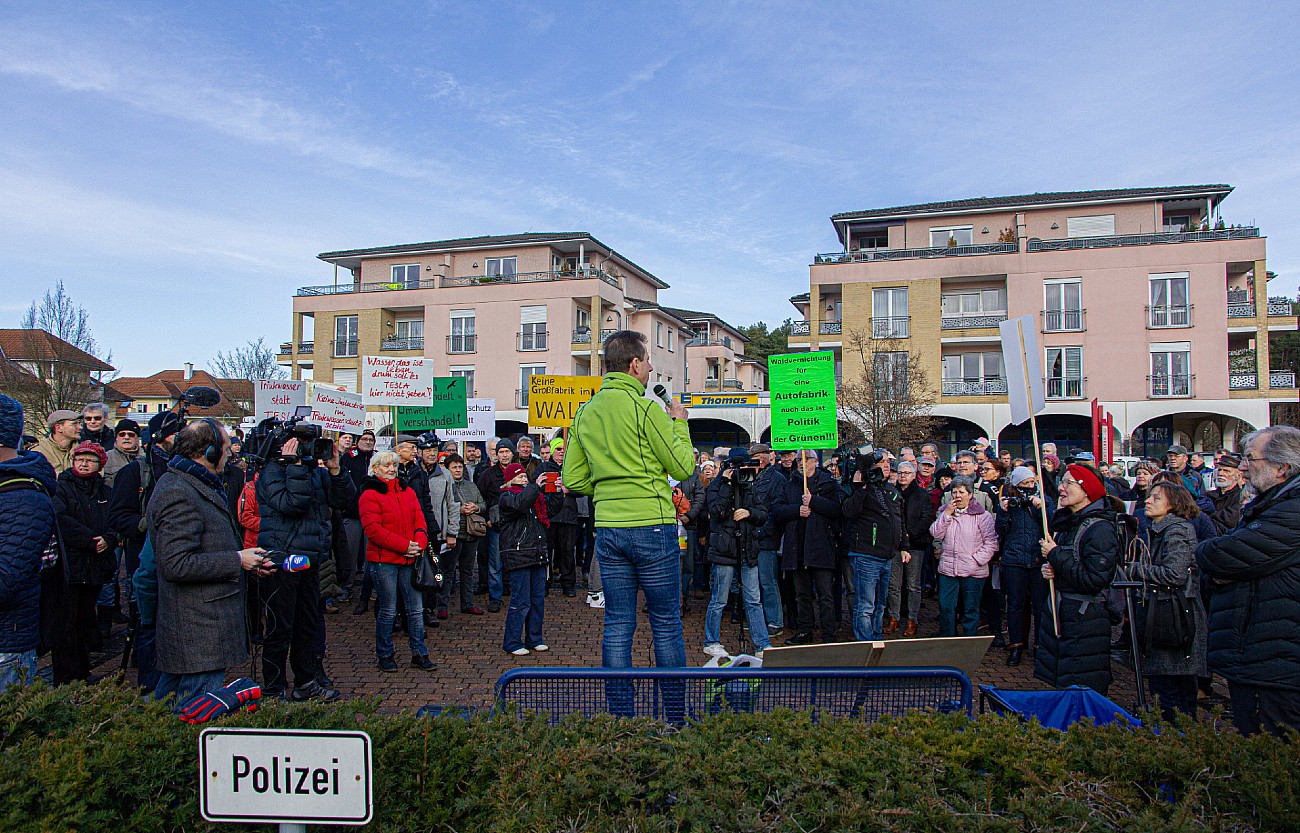 The anti-Tesla movement in Germany against Giga Berlin may be coming to an end. The planned protest on January 25 was dissolved after pro-Tesla groups made their presence known for a second time.

Protesters had arrived in the town of Grünheide, Germany where Giga Berlin is located on Saturday for another event aimed at expressing their opposition against the construction of the upcoming electric car production plant. Local residents who have become vocal against Tesla began protesting just two weeks ago on January 13.

The aim of the group of protesters was to raise awareness for the forested area that Tesla would be forced to remove so the company could begin building its factory. They were also worried about the possible contamination of drinking water and the chance that drying the forest for the purpose of easier construction could make the area more prone to wildfires.

However, protesters made the decision to disband and sources close to the situation have revealed that the anti-Tesla movement in Grünheide may be over. On the same day, a pro-Tesla group was present in the same area for the second rally in support of the company. A number of local representatives were present for the event, including Mayor of Grünheide Arne Christiani. Amidst this open support from local officials and the growing number of Giga Berlin supporters, the anti-Tesla group decided to throw in the towel.

While a small number of citizens of the town have spoken out against Tesla’s new production plant, German officials have spoken highly about the company’s decision to build Giga Berlin in the country. Mayor Christiani being in attendance to the pro-Tesla rally seems to indicate that he is supportive of the economic and environmental opportunities that Tesla is bringing to the area.

In the past, Christiani has stated that Tesla’s presence gives young professionals the opportunity to stay local instead of wandering off to careers in large cities.

“It gives young people with a good education or a university degree the possibility to stay in our region—an option that didn’t exist in past years,” he said.

On the same day as the rallies, Tesla CEO Elon Musk took to Twitter to clear up some false perceptions about the upcoming German plant. Initially, Musk stated that Giga Berlin would not utilize as much water as previously reported and that the trees in the factory’s land are intended to be harvested to create cardboard. He then went on to emphasize the fact that Tesla will be planting three times the trees that it will be removing for the construction of the plant.