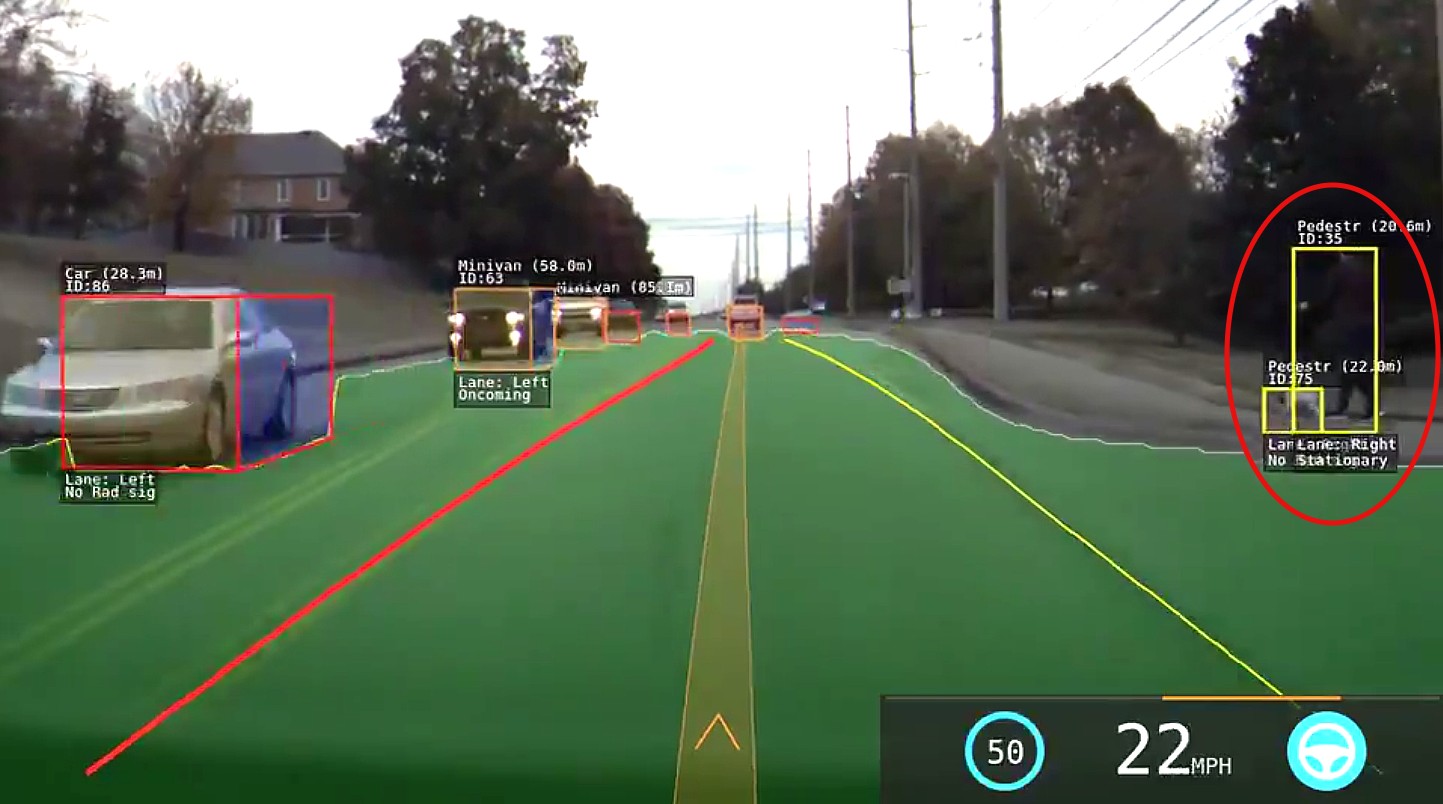 It appears that Teslas are getting better and better at recognizing objects that are encountered in everyday inner-city driving. According to recent reports, for example, Autopilot appears to have gained the capability to recognize animals such as dogs.

The recent observations were shared by Tesla owner-enthusiast @greentheonly, who has been studying the inner workings of the electric car maker’s driver-assist system for years. In a recent post on Twitter, the Tesla owner noted that his vehicle, which was running 19.36.2.1, was recognizing dogs as pedestrian objects.

Tesla has not mentioned any improvements in its vehicles’ capability to detect and respond to animals on the road yet, though Mark Schey, a Model 3 owner, opted to conduct a brief test by having a dog sit in front of his all-electric sedan. Sure enough, the vehicle did detect the animal, recognizing it as a human in the Model 3’s center display. With this in mind, it does appear that Tesla’s vehicles are improving in terms of their capability to detect animals, or at least dogs, while they are operating.

These recent observations follow reports from Tesla owners about Autopilot responding safely to animals. Just recently, a video went viral among the EV community depicting Autopilot seemingly detecting and safely avoiding a family of ducks that are crossing the road. The incident remains unconfirmed considering that no telemetry data has been provided, but it does bode well for Tesla and Autopilot’s eventual capability to react to unexpected obstacles on the road.

The capability to detect and safely respond to animals is an important aspect of inner-city driving that Tesla must master before it could successfully fully roll out its Full Self-Driving suite to the fleet. Inner-city driving is far more unpredictable than highway driving, after all, with vehicles constantly having to deal with people, animals, and objects at any given time. If @greentheonly’s observations are accurate and Tesla is indeed working on animal detection, it would be yet another step forward for Elon Musk’s goal of deploying a fleet of vehicles that are fully autonomous.

The proficiency of Tesla’s fleet in recognizing and reacting to objects on the road depends in no small part to the growth of the company’s Neural Network, which gets fed with real-world driving data by the electric car maker’s vehicles. As more cars provide Tesla with valuable real-world driving data with and without Autopilot, the company’s Neural Net continues to improve. Indications that Teslas can now recognize animals on the road as pedestrian obstacles are an encouraging sign that the company’s vehicles are learning, and they are becoming more proficient with every update.