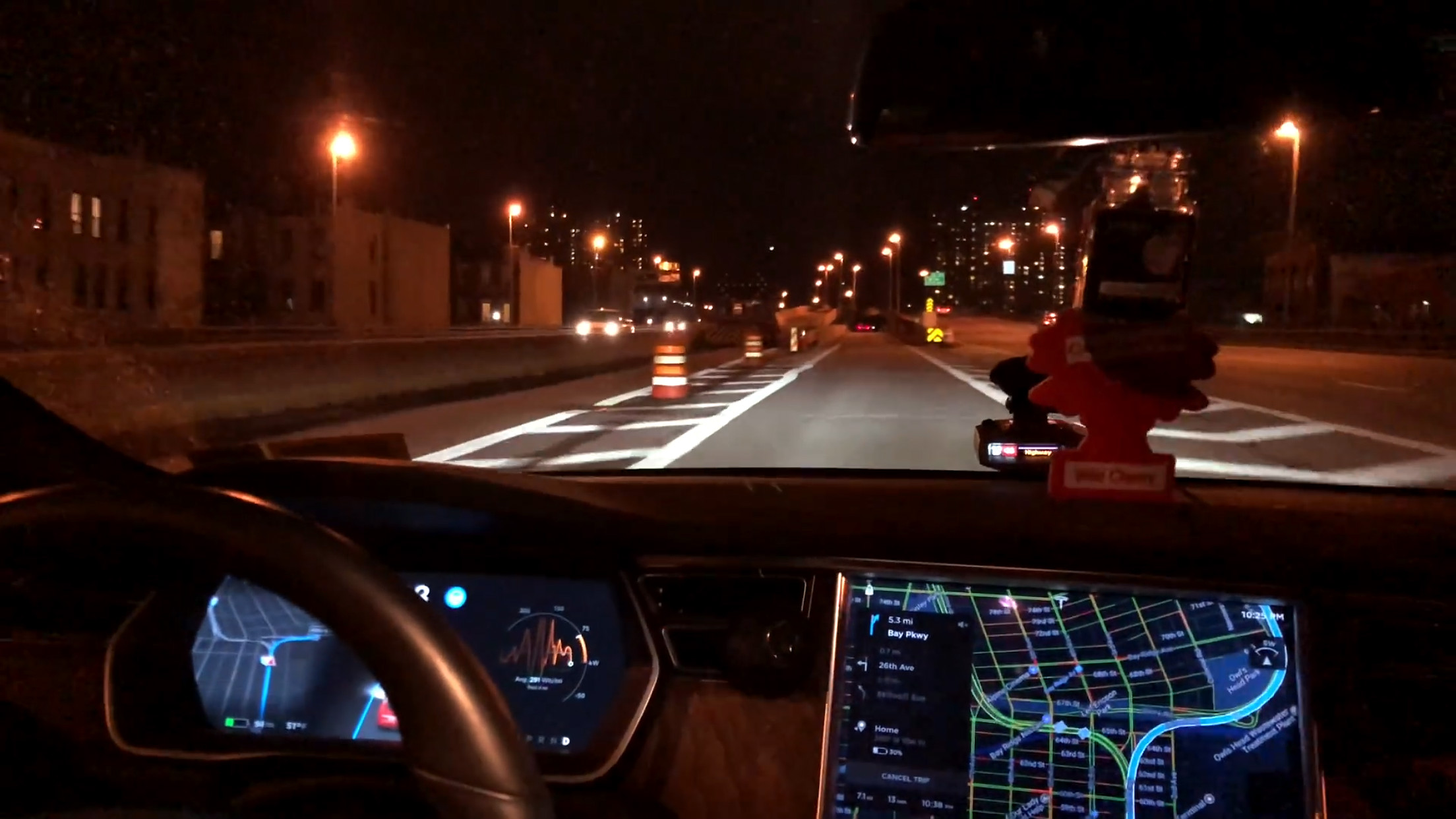 A Tesla owner recently shared a video of his vehicle successfully navigating a narrow construction zone on Autopilot. As could be seen in the short clip, the Tesla was able to adjust its speed, detect obstacles on the road, and traverse the entire area without a single disengagement.

The driver of the vehicle, John Chimento, noted that prior to the rollout of Autopilot’s recent updates such as v8.1 (2018.10.4), his electric car averaged around five disengagements per trip. When John filmed his recent video, his Tesla was on firmware v8.1 (2018.14.2), one of the latest iterations of the system to date.

Describing Autopilot’s performance, John noted that the vehicle felt more “confident” as it drove through the construction zone. He was also particularly impressed with how the electric car automatically shifted to another lane despite no lead vehicles in front.

“It felt to me like Autopilot was confident and made its decision to merge at a good enough time. It didn’t seem like it was making an estimation of the path to follow in the last seconds. Before v8.1 (2018.10.4), I was averaging five disengagements or more on every trip that I activate Autopilot in this Tesla. Now I only need to disengage when it’s convenient for me to speed up quicker or change lanes faster,” he wrote.

Overall, the performance of John Chimento’s Tesla while on Autopilot echoes much of the observations of Eli from YouTube’s My Tesla Adventure, who shared a video of his Model S navigating a sweeping 270-degree turn on Autopilot last month. Speaking to Teslarati, the YouTube host credited Tesla’s advances in its neural net, which enables cars to learn from other Teslas on the road, as the reason behind the improvements in the driver-assist feature’s capabilities.

Tesla’s Autopilot suite with Tesla Vision is part of Elon Musk’s initiative to eventually transform its fleet of vehicles into fully self-driving cars. According to Musk, the current Autopilot hardware, which is comprised of 8 cameras, 12 ultrasonic sensors, and a forward-facing radar with enhanced processing capabilities, will be enough to reach full autonomy. While Tesla’s tech is top-notch (as revealed in a teardown analysis from Munro & Associates), however, its hardware is only as good as its AI-based software.

In a shareholders’ letter back in Q3 2017, Tesla teased that there will be a “rapid rollout of additional functionality” for Autopilot over the next few months, citing progress in its AI and neural net front. This was echoed in the company’s Q4 2017 update letter, when it stated that the overhaul of its Autopilot software had been completed.

During John’s video of his electric car’s recent Autopilot feat, the Tesla owner stated that in his opinion, the current version of the driver-assist system is about five times better than its state prior to v8.1 (2018.10.4). This particular observation is in line with Elon Musk’s remarks during the Q4 2017 earnings call, when he noted that the improvements in the system’s AI and neural net would be exponential. According to Musk, the driver-assist system will feel like a “lame driver” for a while, before evolving into a “pretty good” driver, and eventually, into a great driver worthy of a “Holy Cow!” moment.

Watch John Chimento’s Tesla navigate a construction zone on Autopilot in the video below.