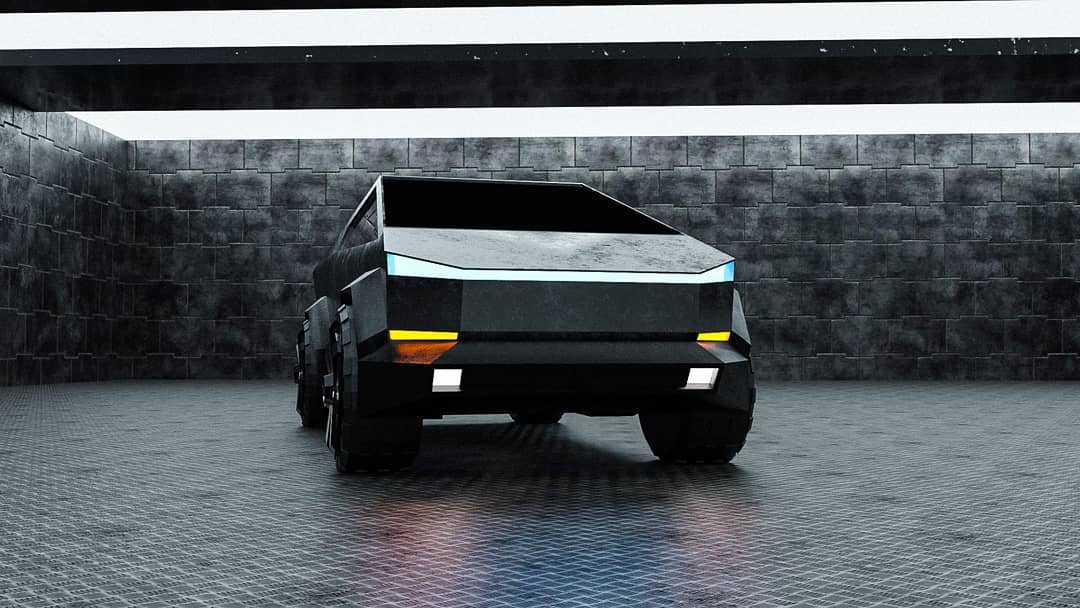 It’s a few days later than expected, but Elon Musk appears to have stayed true to his word, posting some pertinent updates about the Tesla Cybertruck’s production version. As per the CEO, the production version of the all-electric pickup would be familiar to those who have followed the vehicle since its unveiling, but it would have a pretty cool new feature that would significantly boost its agility.

While responding to a post by the Tesla Owners Online group on Twitter, Musk mentioned that Fridays are typically Tesla studio design time for him. He also stated that the final version of the Cybertruck would be “almost exactly” the same as what was unveiled back in November 2019. This was not much of a surprise considering that Musk has only mentioned slight possible changes to the vehicle in the past, such as a minor size reduction.

Interestingly enough, Musk actually specified one of the new features that the Cybertruck’s final iteration would have. According to the CEO, the vehicle would have rear-wheel steering capabilities, which should allow the Cybertruck to perform tight turns and maneuver through tricky terrains with high agility. Such a feature would be incredibly useful, especially among those who are fond of taking their pickups on adventures. Musk also mentioned “lots of other great things” that are coming, though whether this statement was for the Cybertruck alone was unclear.

Being a large truck, it is pertinent for the Cybertruck to be as maneuverable as possible. Together with its dynamic air suspension feature, the Cybertruck’s four wheel steering could help the vehicle in events such as Baja, which Elon Musk has hinted at in the past. The Baja 500 and Baja 1000 are extreme, deadly endurance races across a literal desert, so the Cybertruck would have to be extremely nimble and capable just to finish the event in one piece. The Tesla Cybertruck has already received a Baja challenge from Glickenhaus, whose hydrogen-powered Boot has already finished the 1000-mile race.

As Tesla becomes a more mainstream carmaker, the company has started achieving accolades worthy of only the best automakers in the world. Just recently, for example, Tesla’s most powerful production car today, the Model S Plaid, conquered one of America’s deadliest races in the form of the 2021 Pikes Peak Hill Climb. With the help of legendary racer Randy Pobst, who personally helped Tesla develop the Model 3 Performance’s Track Mode, as well as Tesla tuning house Unplugged Performance, the Model S Plaid dominated the 2021 Pikes Peak Hill Climb Exhibition Class.

The Tesla Cybertruck is expected to start initial deliveries later this year, though this is dependent on Gigafactory Texas’ progress. So far, however, it appears that Giga Texas’ construction is going well, which means that at least the first batches of the Cybertruck may actually be delivered to customers’ hands before the end of the year.