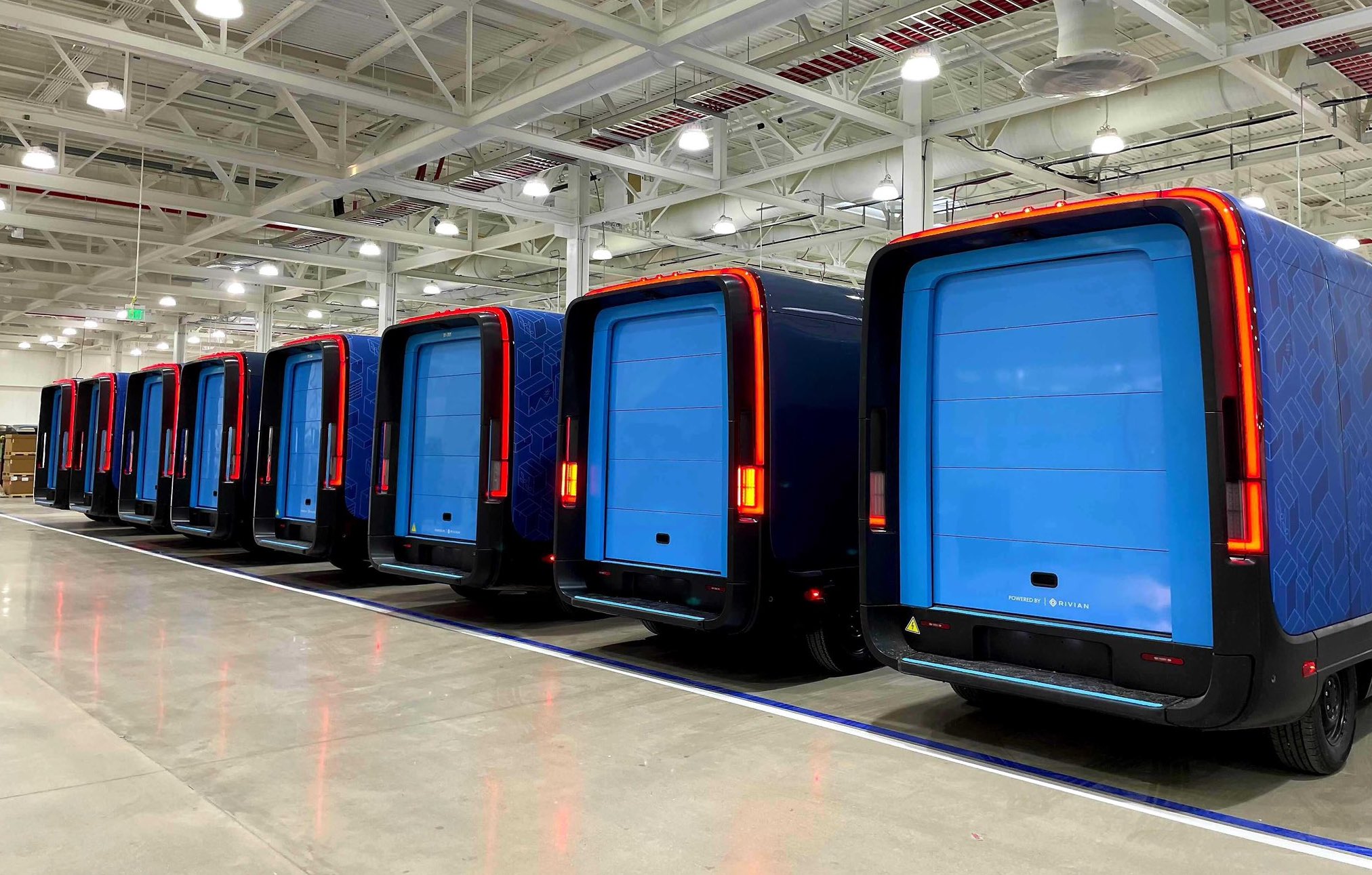 Over the weekend, Rivian CEO RJ Scaringe showed off a fleet of Amazon all-electric delivery vans, which will be produced by the automaker.

The EV van utilizes Rivian’s skateboard platform, and it’s capable of traveling 150 miles per charge. It was custom-built for Amazon after Jeff Bezos’ company led an investment round for Rivian in 2019. At the time, Rivian confirmed a $700 million investment round led by Amazon to help produce the R1T pickup truck and seven-seater R1S SUV.

“This investment is an important milestone for Rivian and the shift to sustainable mobility,” Scaringe stated after the successful investment round. “Beyond simply eliminating compromises that exist around performance, capability, and efficiency, we are working to drive innovation across the entire customer experience. Delivering on this vision requires the right partners, and we are excited to have Amazon with us on our journey to create products, technology, and experiences that reset expectations of what is possible,” he said.

In Scaringe’s recent tweet revealing a line of electric Amazon vans, one of the commenters brought up R1T production. Rivian originally planned to start deliveries of the R1T Launch Edition pickup truck in June. However, deliveries were pushed back to July.

In June, a few R1T preorder holders were contacted by Rivian Guides, who would walk them through the last remaining steps in the delivery process.

Check out a video of Rivian’s Amazon van in the wild below.