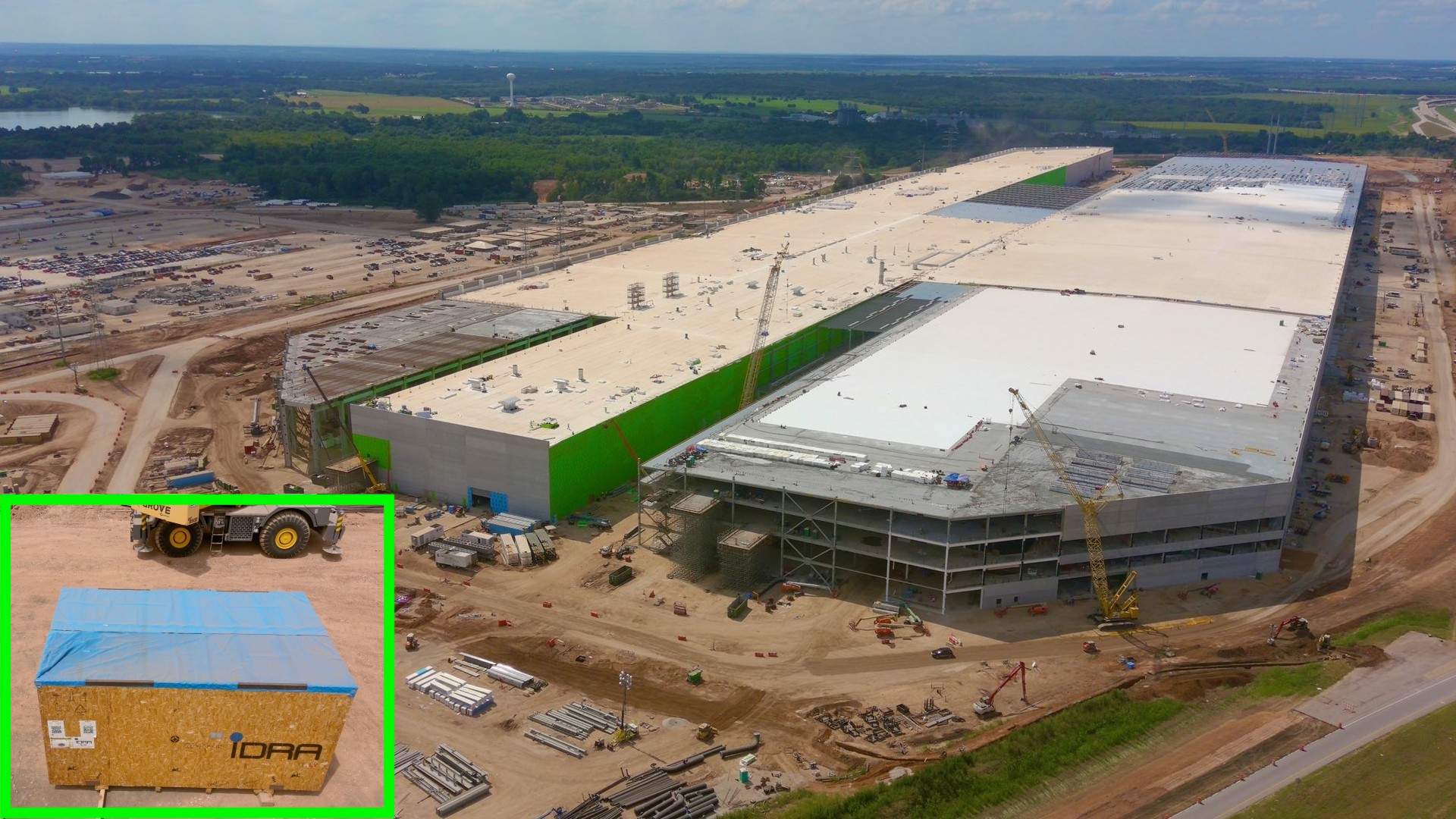 A massive IDRA shipment was delivered to Tesla’s Gigafactory Texas site recently. The arrival of another IDRA shipment suggests that Giga Texas may be setting up a new Giga Press soon, possibly for a new production line.

The singular IDRA box was recently spotted in a drone video of Giga Texas. Based on past videos and pictures of Tesla’s Texas factory, Giga Presses for the front-cast and rear-cast of the Model Y were already installed in the facility. And if recent reports are correct, Model Y test production has begun in Giga Texas.

The recent Giga Press box could then contain parts for another 6,000-ton Giga Press that is used for the Model Y production line. Tesla aims to start Model Y production before the end of the year, so getting all the machines installed and the assembly lines in order right now would make sense.

However, Tesla may already have its initial Model Y assembly lines ready to go, which seems more likely given its production goals.

“Yeah, the Cybertruck is currently in its alpha stages. We finished basic engineering the architecture of the vehicle. With the Cybertruck, we’re redefining how a vehicle is being made,” shared Lars Moravy, Vice President of Vehicle Engineering, during the second-quarter earnings call.

“As Elon said, it carries much of the structural pack and large casting designs of the Model Y being built in Berlin and Austin. Obviously, those take priority over the Cybertruck, but we are moving into the beta phases of Cybertruck later this year, and we will be looking to ramp that in production and take it to Texas after Model Y is up and going,” Moravy elaborated.

Watch the latest drone video of Gigafactory Texas below!