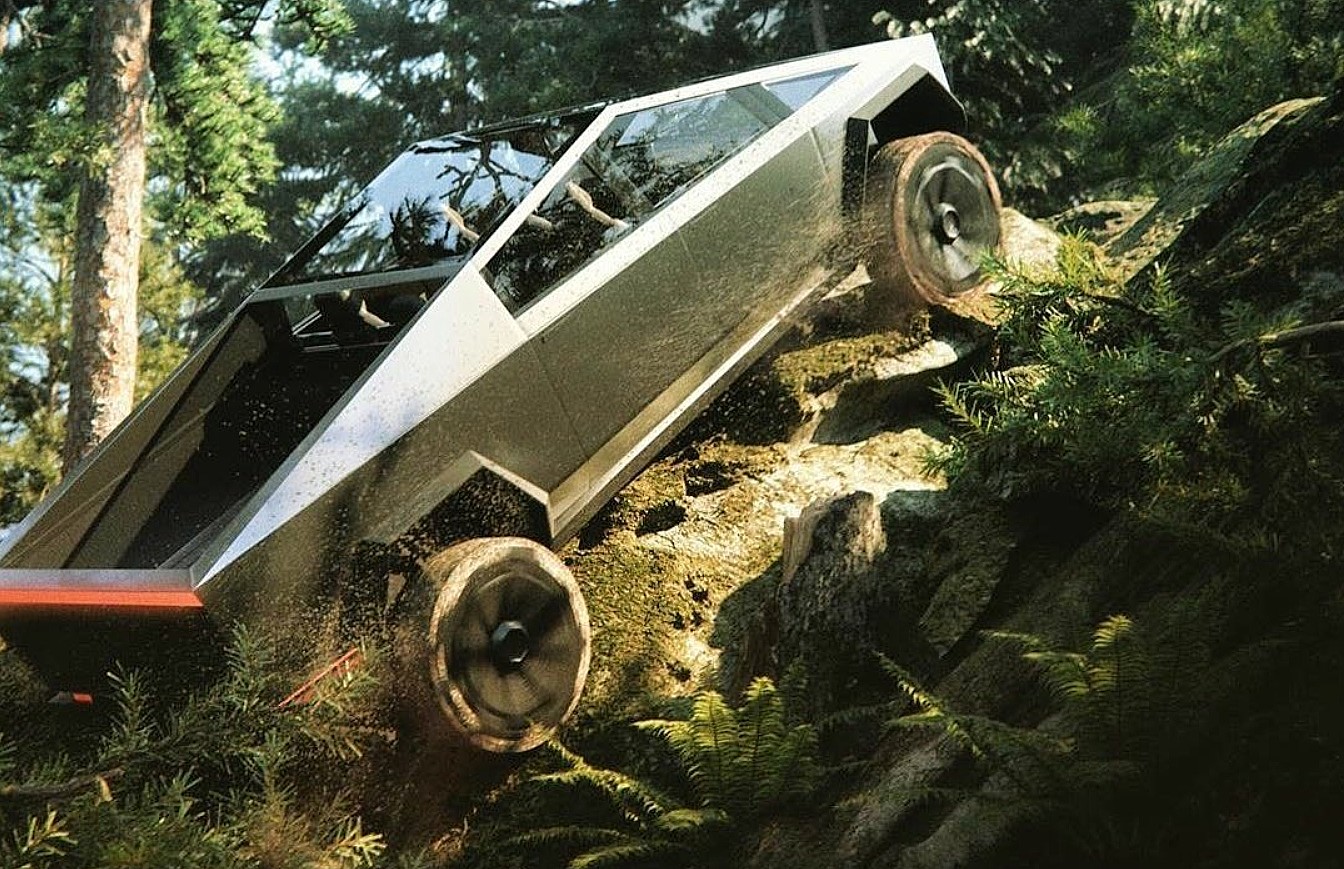 The Tesla Cybertruck is, without a doubt, one of the most discussed vehicles in recent memory. The pickup’s polarizing and robust design has vehicle fanatics raving about the possibility of changing the tune of the American truck market today. In a recently published video from The Fast Lane Car YouTube channel, the team discussed why they believe the Cybertruck will fail to be an effective mode of off-road transportation. They highlight its heavy-weight and low-body design as two of the reasons it will fall short of impressively navigating through rocks and trails.

Typically, offroading vehicles that find success in challenging terrain have short wheelbase are lightweight and tend to told hold higher-than-normal ground clearances that assist in traveling over sharp crests on trails. TFL’s Tommy Mica highlights these attributes during the video, stating that an offroading vehicle’s biggest enemy is weight.

“Just like on-road, the enemy to off-road is weight. The lighter the weight, the easier it is to crawl up obstacles to maneuver difficult situations. The Cybertruck is going to be huge and is going to be monstrously heavy,” Mica says.

While it is ideal to have a lighter vehicle for offroading situations, that does not mean a heavy car will have issues 100% of the time. In fact, there are many vehicles that hold a weight that is similar to the Cybertruck’s estimated 5,000-6,500 pound curb rating. One is the 2019 Ford F-150 Raptor, a truck that was recognized by Popular Mechanics as one of the top 12 best off-road vehicles available. Weighing in at over 5,500 pounds, the Raptor has been spotted climbing intimidating stretches of steep offroading trails without much of an issue.

TFL tested a Long-Range configuration of the Model X in its off-road tests. Citing a diminished loss of range due to increased power usage, and increased worry over puncturing the vehicles underbody battery pack made their experience not-so-memorable. However, the Model X was never aimed toward off-road performance specifically. While the electric SUV does have traction control capabilities that have performed well on off-road courses in the past, the Model X was not meant for navigating through vicious trails of rocks, branches, and uneven terrain.

Even so, using the Model X’s performance as an off-road vehicle as the basis to prove the Cybertruck’s inability to function on trails just seems silly. The two cars maintain entirely different packages. Comparing a Ford Escape’s off-road performance to the F-150 Raptor’s wouldn’t be justifiable either, as the two vehicles are completely different and aimed toward different functions.

Besides, Tesla CEO Elon Musk has stated that the Cybertruck’s size and dimensions are not finalized. In early December 2019, Musk said the width and length would both be revised to fit inside a residential garage. “We can prob reduce width by an inch & maybe reduce length by 6+ inches without losing on utility or aesthetics,” Musk said.

The Cybertruck’s off-road performance won’t be solidified until the release of its Dual and Tri motor variants in 2021. However, there is plenty of evidence to suggest that the electric truck will be more than capable of holding its own in tight terrain, especially considering its most powerful variant packs a tremendous punch.