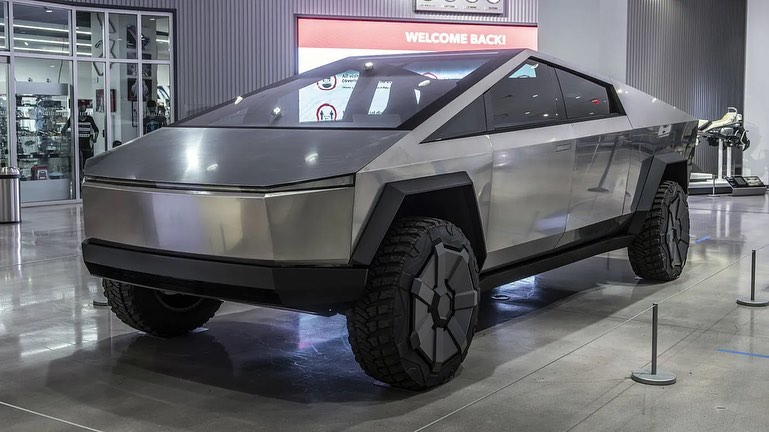 Tesla Cybertruck mass production to begin at end of 2023

Tesla is planning to begin Cybertruck mass production at the end of 2023, a new report states.

Tesla is “in the final lap” of Cybertruck development, CEO Elon Musk said during the company’s Q3 Earnings Call in October. Now the company is reportedly preparing to set potential dates for production goals, with an exclusive report from Reuters indicating mass manufacturing of the Cybertruck is slated to begin at the end of next year.

Citing two people familiar with the matter, Tesla is expected to have its manufacturing ramp of the Cybertruck completed as 2023 comes to a close. Tesla has planned for Cybertruck manufacturing to begin in mid-2023 for some time, with the company usually aiming to have most vehicles through the early stages of production and into mass production within a few quarters.

The report only broadens Tesla’s potential schedule for Cybertruck manufacturing. As it is a new vehicle for the company and one of the most unique designs on the market, manufacturing will not necessarily be straightforward right away. This will be an entirely new production process for the employees at Gigafactory Texas, where Tesla currently builds the Model Y all-electric crossover.

There are still plenty of questions about the Cybertruck that Tesla has yet to answer. After unveiling the vehicle with three potential trim levels in late 2019, consisting of Single, Dual, and Tri-Motor options, Musk hinted on Twitter last year that the Cybertruck would have a Quad-Motor trim the Single motor was rumored to be disappearing due to low demand.

However, the company has not finalized this as it has not unveiled any potential plans for trim levels or pricing. Over 1 million orders for the Cybertruck have been submitted by reservation holders nearly three years since the unveiling event, but deliveries are getting closer.

Tesla will initially manufacture the battery packs for the Cybertruck at the Fremont Factory in Northern California. The vehicle’s casting will be built by IDRA’s 9,000-ton Giga Press.

Tesla Cybertruck mass production to begin at end of 2023