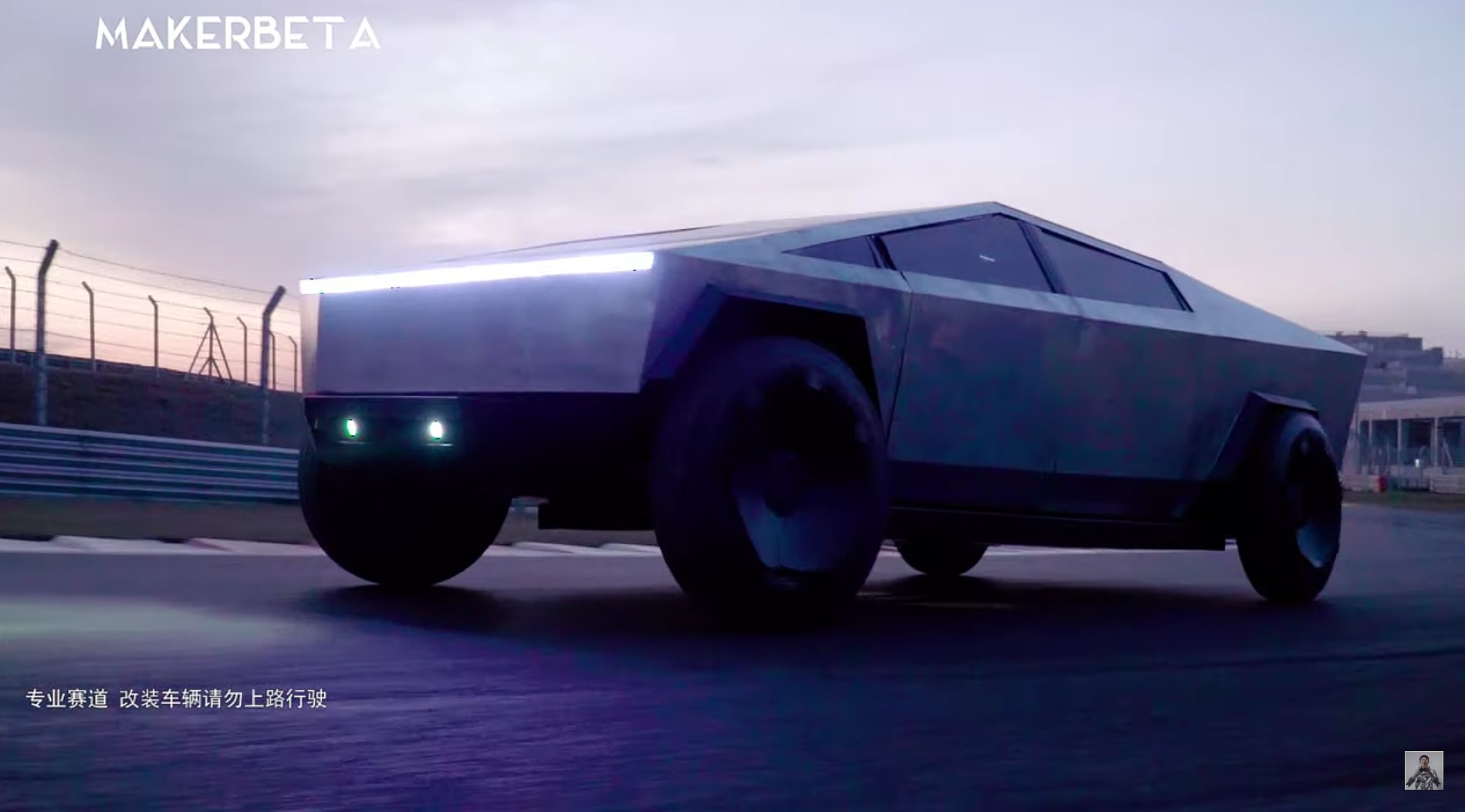 It takes a pretty bold company and CEO to create and release such a unique vehicle like the Cybertruck to the market. It also takes an equally bold group of enthusiasts to dedicate a whole month’s worth of time and effort to recreate such a crazy vehicle. Yet, here we are, looking at a group of science enthusiasts from China and their Frankenstein-of-a-project that is a replica Tesla pickup truck.

Maker Beta, a team that dubs itself as a “group of scientific weirdos,” has come out with their boldest project to date in a recently-uploaded YouTube video. As stated by the channel’s host, the team, inspired by Elon Musk’s decision to buck the trend of pickup trucks with the Cybertruck, were compelled to recreate the now-iconic vehicle.

The team opted to use an old Jinbei van as a starting point for their project, though the vehicle’s chassis had to be lengthened to match the Cybertruck’s length. Over a month, the team painstakingly crafted and welded every panel of the pickup truck. The team even used thick stainless steel plates to give their replica a certain degree of toughness worthy of its inspiration.

The journey was not easy, as the Maker Beta team were more of science enthusiasts than they are gearheads or automotive masters. Despite this, the team powered on, day after challenging day. The team was also strapped for funds, but using a good dose of creativity, the group was able to give their Cybertruck replica its classic stainless steel look and its domineering brutalist stance.

This is not to say that the group was able to perfectly recreate the Cybertruck, of course. The team did not have access to battery packs or electric motors, and thus, they used a traditional internal combustion engine to power the pickup. The interior of the replica Cybertruck is also bare, and it lacks a center display. Nevertheless, the replica Cybertruck does look great from the outside, and on the track, it’s a dead ringer of Tesla’s craziest vehicle to date.

Tesla may not advertise, but the company’s vehicles and its unorthodox style have become an inspiration for many. The Cybertruck may not have been met with unanimous acclaim from critics, but the vehicle’s design is steadily growing on an increasing number of people. The all-electric pickup truck has been featured as a hero vehicle in a rap video, for example. And now, actual working replicas of the cyberpunk pickup are being made. Overall, it appears that the Cybertuck is inspiring people to think outside the box, and that is something that advertisements simply cannot buy.