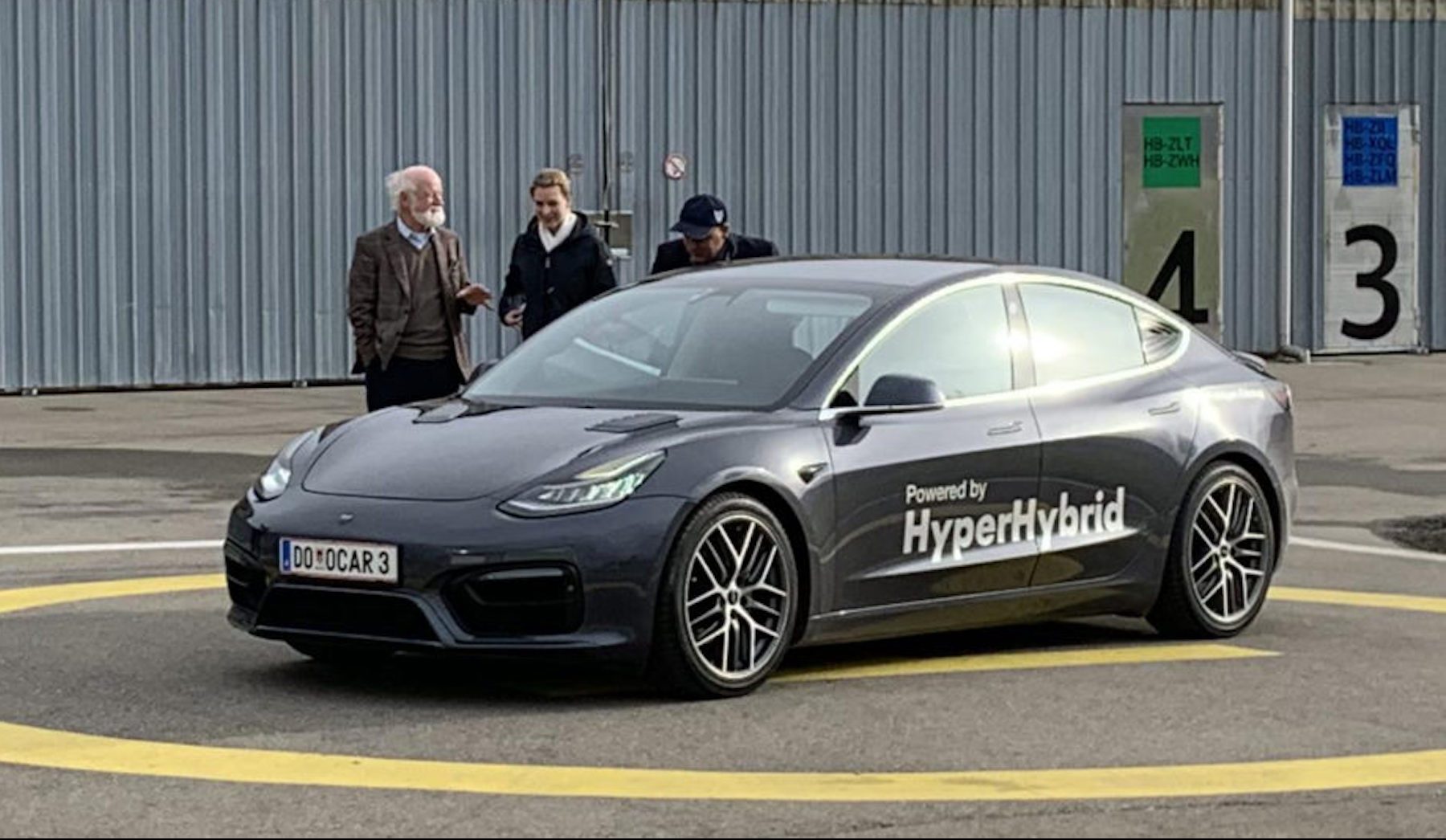 Obrist Powertrain’s Tesla Model 3 Plug-in Hybrid conversion called the “Obrist Mark II” will support a range of 620 miles (1,000 kilometers) through a battery pack “downgrade” and the addition of a front trunk-mounted petrol engine. The company claims that today’s electric vehicles have an incomplete infrastructure, inadequate range, and cost-prohibitive for the average consumer, which became the inspiration for the “HyperHybrid” powertrain solution: a platform for those looking to make a positive impact on the environment, but without spending a lot of money. To accomplish this, Tesla Model 3’s ~50 kWh battery pack based on the latest 2170 cells is replaced with a smaller 17.3 kWh battery pack of older 18650 cells for considerable weight savings over the factory pack. A two-cylinder petrol engine is added to the vehicle’s front trunk and together with the replacement lithium-ion battery, Obrist boasts maximum energy efficiency and unmatched compactness and pricing.

Obrist signed its first license agreement for the car in October and expects to have a second deal done within the near future. The company located on Lake Constance in Austria plans to have its first HyperHybrid car available for public purchase in 2023. A prototype has already been in Germany for testing alongside a BMW i3. An exact name for the car has not been released by company founder Frank Obrist.

While it is an interesting concept to modify a Tesla Model 3 by replacing the battery with a smaller and lighter module and adding a small engine in the frunk, the idea defeats the purpose of buying a Tesla altogether. Many Tesla owners purchased their vehicles to avoid buying gas and fight the global climate crisis. However, adding the gas motor to the vehicle defeats both of these advantages and eliminates the environmental positives that driving a Tesla has to offer. The real question is: Why fix what isn’t broken?