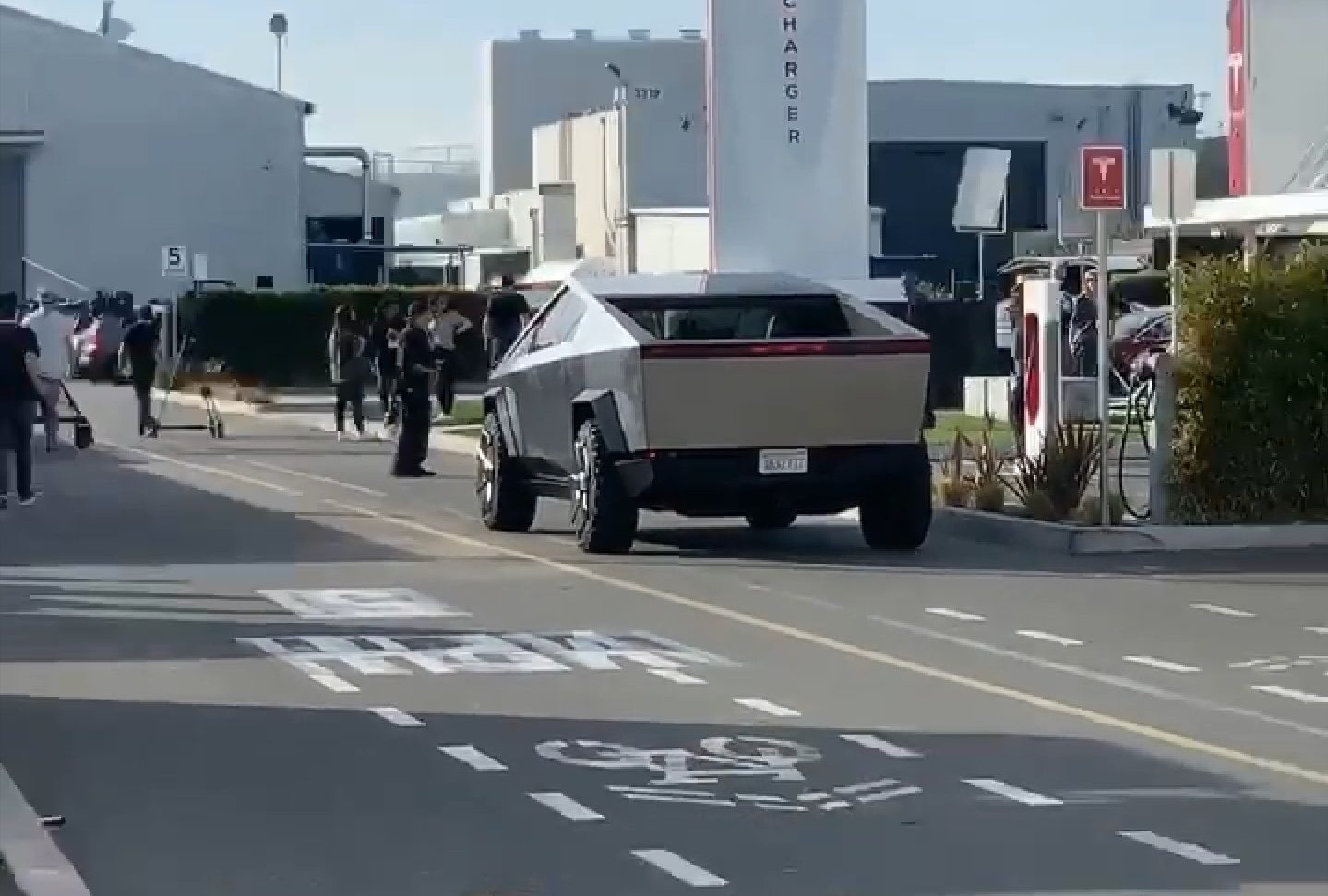 Tesla Cybertruck filming a segment for Jay Leno's Garage at the Design Center in Hawthorne, CA

Tesla CEO Elon Musk and the futuristic Cybertruck were caught filming near SpaceX headquarters late Friday afternoon for an upcoming segment of Jay Leno’s Garage. Once again taking the spotlight at the Tesla Design Center in Hawthorne, CA, the site where the all-electric utility truck made its shocking world debut, camera and production crew were setting up to film a scene near the famed Tesla Supercharger monolith.

In the images sent to Teslarati, Elon Musk can be seen inspecting the rear of the Cybertruck and its motorized rear tonneau, as film crew busily prepared equipment for the camera truck that would follow the stainless steel pickup past SpaceX.

Cameras rolled as the Tesla Cybertruck made its way onto Crenshaw Blvd. in Hawthorne, CA, with the iconic Falcon 9 booster and SpaceX headquarters framed perfectly in the background. A black truck with a camera rig flanked the electric pickup truck. 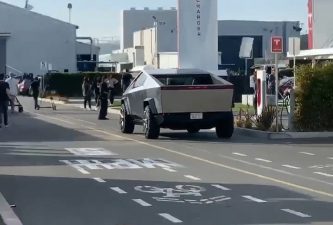 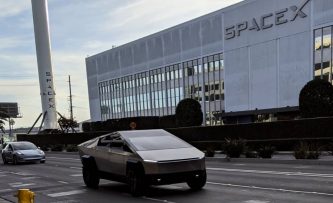 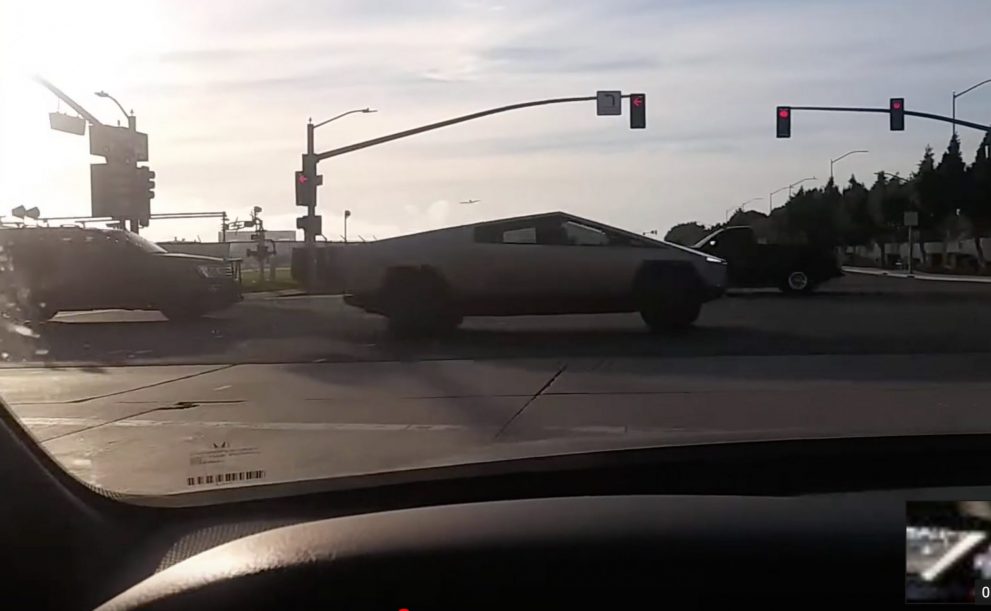 The segment featuring the Tesla Cybertruck is expected to air on an upcoming episode of Jay Leno’s Garage. The talk show host and car enthusiast has been known to be a vocal supporter of Tesla and Elon Musk. Jay Leno has been quoted before saying that electric cars are the future and that these vehicles are far superior to internal combustion engines.

“I mean, the advantage of electricity. I have a Tesla. I’ve had it for three years. I’ve never done anything. There’s no fluids to change. There’s nothing. You know, For new technology to succeed, it can’t be equal. It’s got to be better. And they’ve (Tesla) sort of solved the battery problem. It can go 350 to 400 miles at a charge. There’s no maintenance. They’re faster than the gas car. So there’s almost no reason to have a gas car unless you’re doing long-haul duty,” the iconic show host said.

In 2018, the veteran comedian featured the next-generation Tesla Roadster on his automotive show where he talked about the supercar with Tesla’s chief designer Franz von Holzhausen. A few years before that, Leno gave his audience an up-close look at the 2012 Tesla Model S.

While Teslarati did not spot the Model Y  in Friday’s filming of the Cybertruck, rumors surfaced last week that Tesla’s much-awaited electric crossover Model Y will also be featured on Jay Leno’s long-running car show. This information was reportedly shared to a certain Tesla Model 3 owner Michael Hughes by a Tesla employee who gave him an early tour of the Model Y interior.

Below is a good look at the Tesla Cybertruck accelerating down Crenshaw Blvd. with the Model 3 chase car and camera truck not too far behind.