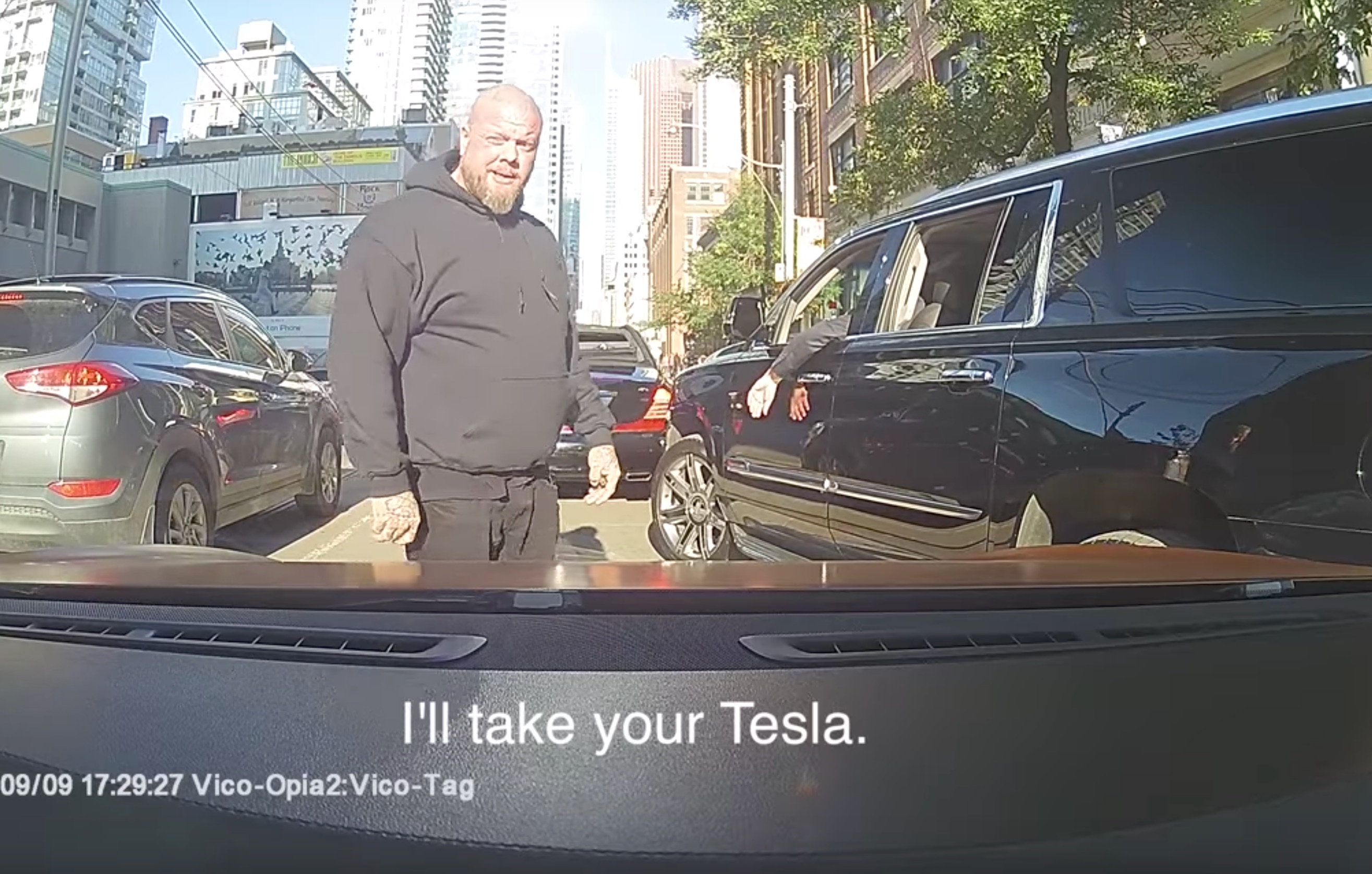 It appeared as though Drake, a grammy award winning musician, and his motorcade of three to four vehicles were making a right on red when someone from his security team tried to cut off the driver in the video.

What appears to be a black Cadillac Escalade starts inching into the Tesla as the Model S driver whips around and pulls up behind what he says was Drake’s vehicle.

The driver voiced his concern on Youtube via the KushCam channel.

“Security for [Drake] apparently think they are the Police and can stop traffic so Drake’s motorcade of friends can drive together,” the driver wrote in his video caption. “I didn’t want to be stuck in the middle of the intersection when it turned red and had right of way. Then the escalades drive in the Bike lanes and the security guard stands in front of my car to stop me so they can go around me and threatens to take my Tesla. Do you think my reaction was justified, as I felt threatened.”

If the light was turning red and would result in the Model S driver being stuck in the intersection, then the move from Drake’s motorcade creates a tricky situation.

More importantly, the driver seemed upset about how the vehicles traveled into the bike lane in order to pass him later on down the road. Regardless of the outcome, the situation reflects how important it is for drivers to use dash cams.

As of right now, Tesla owners can purchase a separate dash cam for a few hundred dollars, adding peace of mind to their drives. CEO Elon Musk has hinted that future Teslas could one day come with dash cam features.

In late August, a fan asked Musk in a tweet whether dash cams and video sharing would be included in future models. Musk responded, in typical fashion, with vagueness: “Feature coming soon.”

Further details have yet to be released, but Tesla drivers can find dash cam reviews and How-Tos as well as a comparison of the BlackVue and THINKWARE dash cams on Teslarati.