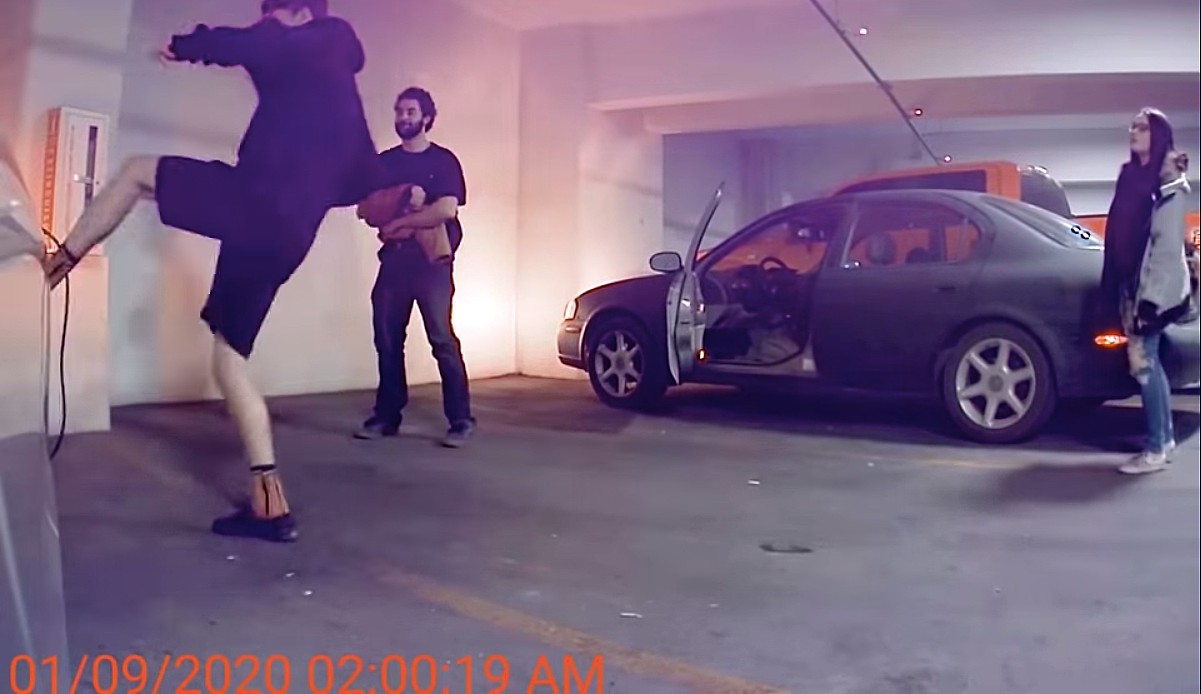 A Tesla Model 3 being charged overnight was subjected to a strange attack after a group of vandals began to tamper with its charger. The entire event was caught on one of the Model 3’s Sentry Mode cameras. Model 3 owner and YouTuber Fernando C posted the video from January 10. He states his vehicle was parked in the garage of the Park MGM Casino in Las Vegas at 2 AM when the incident occurred.

One male perpetrator initially tried to open the driver’s side door, but he seemed to be unfamiliar with the Model 3’s door handle mechanism and hence, he was unsuccessful. Another male then walked over and attempted to forcefully remove the charger from the Model 3’s charging port jack by its cord, also to no avail.

After realizing the charger was locked into the vehicle, the man then attempted to kick the charging plug from its side. This was also met with no success. The two men decided to just kick the car itself. The Model 3’s alarm was then triggered, prompting the two men to flee the scene.

The description of the video on YouTube states: “Our Model 3 was able to alert us that someone was tampering with the vehicle at 2am in Vegas. I had Sentry Mode on and it recorded these individuals trying to break off the charging plug. I was able to report and send this to Park MGM Security. Technology is kind of cool!”

While this is just another instance of hate toward Tesla vehicles and the electric car community as a whole, the incident could have been much worse. If the vandals succeeded in damaging the charging plug or the Model 3’s charging connector, the Tesla owner would have been subjected to hundreds, if not thousands of dollars, in repairs.

Teslas automatically lock the charging connector into the car when it is plugged in and locked. This is one of the main factors that thwarted the vandals from their attempts at dislodging the Model 3’s charger. While his car was still vandalized and potentially damaged from the kicks the perpetrators laid into the side of the vehicle, the incident could have been much worse.

Teslas have been the target of many acts of vandalism in the past. Owners have reported keying, tire slashing, ICEing, and “Coal Roll”-styled attacks in the past few months. Damage to charging connectors has also been reported in the past but instances of this happening are far less frequent.

These attacks prove that the hazing of electric vehicles is still a very relevant issue. Some people hold such potent hatred for electric vehicles and environmental sustainability that they chose to damage vehicles that people bought with their hard-earned money for no obvious reason. Unfortunately, it will likely be a while before these attempts at vandalism stop. Luckily, Tesla’s Sentry Mode catches many of the vandals in the act and assists owners in bringing them to justice.

You can watch Fernando C’s video of his Tesla Model 3 being vandalized below.