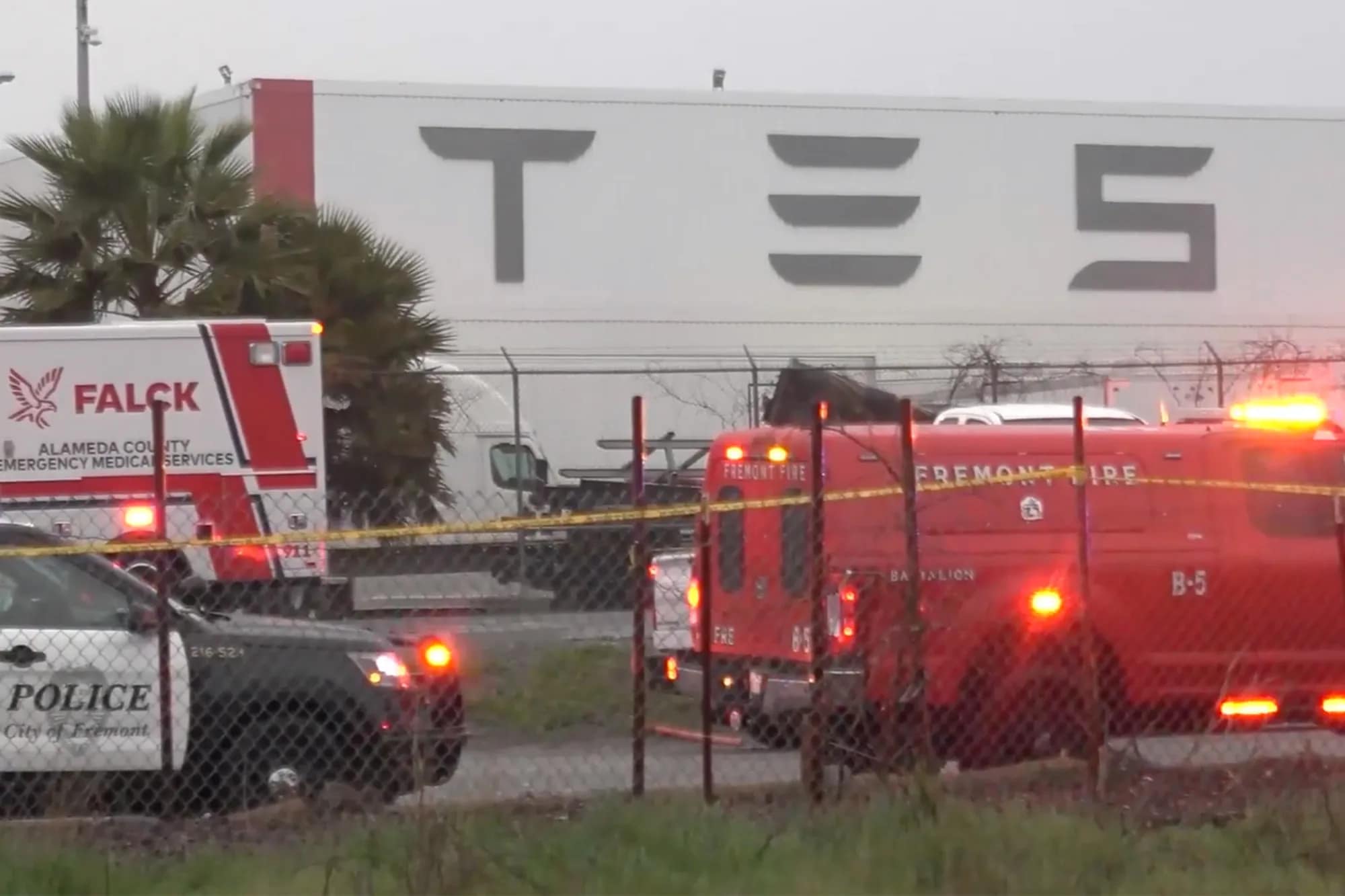 Tesla employee booked for suspicious death at the Fremont Factory

The Fremont Police Department issued a homicide press release about the suspicious death at Tesla’s Fremont Factory discovered on Monday, December 13, 2021. The case has led homicide detectives to issue an arrest warrant for 29-year-old Anthony Solima of Milpitas.

On Monday at approximately 3:26 p.m, Tesla called the Fremont Fire Department, reporting a subject down at the Fremont Factory’s parking lot. Upon arrival, firefighters observed an unresponsive male victim suffering from a visible injury. They suspected the subject was a victim of a violent crime and contacted the Fremont Police Department, which sent out an advisory email about the incident at around 4:30 p.m.

When police officers arrived on the scene, they observed the victim had sustained at least one gunshot wound. Shortly after officers arrived, the victim was pronounced deceased by medical personnel. Officers established a crime scene, where several .223 rifle casings were discovered. Then homicide detectives responded to the scene and took over the investigation.

The Coroner’s Office has yet to confirm the identity of the victim. However, homicide detectives learned that the victim was an employee of Tesla Fremont Factory and had just finished his shift before being shot. Detectives had a lead on a potential suspect a few hours after taking over the investigation.

The potential suspect, Anthony Solima, was also a Tesla employee. He was seen arguing with the victim earlier that day, and homicide detectives learned that the suspect “suddenly walked off the job.” Detectives from the Fremont Police Department’s Gun Violence Reduction Team (GVRT) deployed and located the suspect in Milpitas at approximately 8:42 p.m. The GVRT detectives maintained constant surveillance on the suspect while homicide detectives tried to further solidify the investigation.

By 11:16 p.m., homicide detectives obtained arrest and search warrants for Solima and his vehicle. GVRT detectives found an opportunity to arrest the suspect while exiting his car in Milpitas. Solima immediately surrendered, and a loaded, non-serialized, .223 caliber, short-barrel rifle was found in his vehicle, along with an expended casing.

Solima was arrested on a homicide warrant and transported to the Fremont Police Department, where detectives interviewed him. Then Solima was booked at Santa Rita Jail.

This investigation is still active. Detectives believe there are no additional risks to the community.

Teslarati has contacted the Fremont Police Department for a statement on the case and has not received a response as of this writing.

Tesla employee booked for suspicious death at the Fremont Factory